You call this immigration reform? 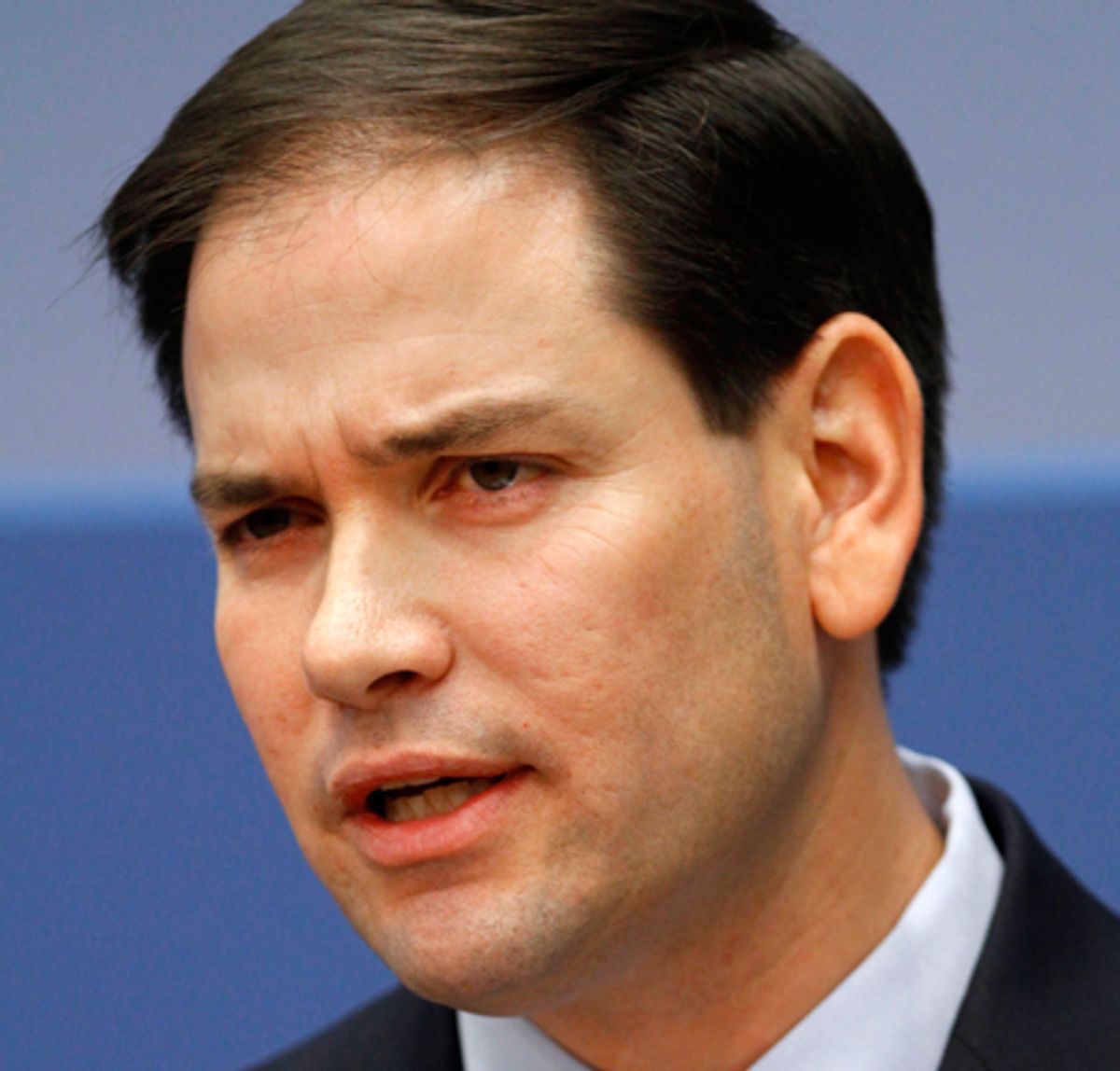 Remember when a big takeaway from the 2012 elections was the changing political calculus behind immigration reform? After Republicans got trounced among Hispanics and Asian Americans, the political logic of legalization seemed all but inevitable, setting the stage for the passage of comprehensive immigration reform early this year.

Fast forward four months, and we remain mired in the same tired debates we were having back in 2007.

It was rational to assume that the election of 2012 would augur trouble for the partisans of business-as-usual in immigration policy. For a time, Republicans were thought to have learned a lesson or two from their historically pitiful performance at the polls among voters of color (with their share of the Latino vote plummeting from 44% in 2004 to 27% in 2012).

Democrats, too, were supposed to have taken a cue from the record turnout, not to mention the impact of the president's deferred deportation policy and advocacy of comprehensive reform. And though both parties remained divided on the issue, neither could fail to take notice of the writing on the wall, with Latinos’ share of the electorate predicted to double in size by 2030. This should have presaged a political realignment unprecedented since the rise of the Reagan coalition, and the New Deal coalition before it.

But our political class is still talking, walking and legislating as if nothing has changed.

The Comprehensive Immigration Reform Act (S. 1348) of 2007, proposed by a "Gang of 12" (sound familiar?) in the Senate with the backing of President Bush, had the same essential ingredients as the current round of legislation. Then, as now, the restrictionist lobbies demanded enforcement "triggers," the business lobbies demanded guestworkers, and labor and immigrant rights advocates demanded legalization with a path to citizenship.

"Remember this day if you vote 'no,'" said Senator Graham (R-S.C.) at the time. It now appears that the political class has remembered all too well. The compromise bills now in the works on Capitol Hill comprise an Act Two to the failed acts of 2007, with essentially the same cast of characters, the same motives, the same plot twists.

Today, as in 2007, the Senate's bipartisan framework calls for a "roadmap to address the status of unauthorized immigrants" that is "contingent upon our success in securing our borders" (despite the fact that the border has never been so securitized). Today, as in 2007, restrictionists have been promised "an effective employment verification system which ends the hiring of unauthorized workers." Today, as in 2007, employers of both agricultural and high-skilled workers have been guaranteed that these "will be treated differently than the rest of the undocumented population," along with a new guestworker program that will "provide businesses with the ability to hire lower-skilled workers in a timely manner." Meanwhile, the House Judiciary Committee is paving a familiar path to permanent non-citizenship for millions of Americans, with partial legalization for some, instant incarceration for others and naturalization for noone.

In short, the same formula that failed in 2007 is being repackaged and resold to the American people today. It is time to rethink the possibilities for reform and redraw the parameters of the debate. Such a debate should begin with the logic of legalization rather than that of enforcement-first. It should have as its end the goal of citizenship for all Americans rather than "security" at all costs.

The benefits of universal legalization, like the costs of criminalization, have never been clearer. Study after study has shown that full legalization would not only restore civil and labor rights to 11 million Americans but also raise citizen workers' wages, increase government revenues and boost economic growth. Meanwhile, Immigration Customs and Enforcement (ICE) has become a bigger drain on federal tax dollars than every other federal enforcement agency combined, with ever-inflated demands for more detention centers, drones in the sky and "boots on the ground." That formula has failed. It's time to try something else.

History teaches us that immigration reform has never materialized out of thin air. To drive home the logic of legalization will require a push from somewhere other than the White House. It will require collective action, political education and grassroots mobilization on a scale not seen since 2006. The immigrant rights movement, which staged the largest protests in U.S. history that year, has been all but demobilized outside the voting booth in the six years since. The climate of fear created by the mass deportations and detentions under Presidents Bush and Obama has silenced many would-be activists and advocates, putting immigrant communities on the defensive and restrictionist extremists in the driver's seat. Yet we may be seeing the first stirrings of a new civil rights movement in the insistent and effective use of civil disobedience by young Dreamers, undocumented workers and immigrant families inside and outside the Capitol.

The logic of legalization, by contrast, implies three simple steps. The first step is one the president could take tomorrow: a national moratorium on deportations. The second is one that Congress could take the very next day: universal adjustment of status, from "illegal alien" to legal permanent resident, for all 11 million. The third step is one that follows directly from the second: a clear path to citizenship for legalized immigrants, including the Dreamers, along with a path to empowerment for excluded workers, equal access to education for immigrant students and reunification for mixed-status families.

That, at least, would be a start. Anything less will only serve to legalize the continued exploitation, exclusion and segregation of the millions now living and working in this country without papers. Anything less will look like 2007 all over again.