Ann Patchett on her moment of "Girls" fame: "I am so far out of it!"

The "Bel Canto" novelist doesn't even watch TV, but HBO's pack of hip urbanites (and their moms) have heard of her 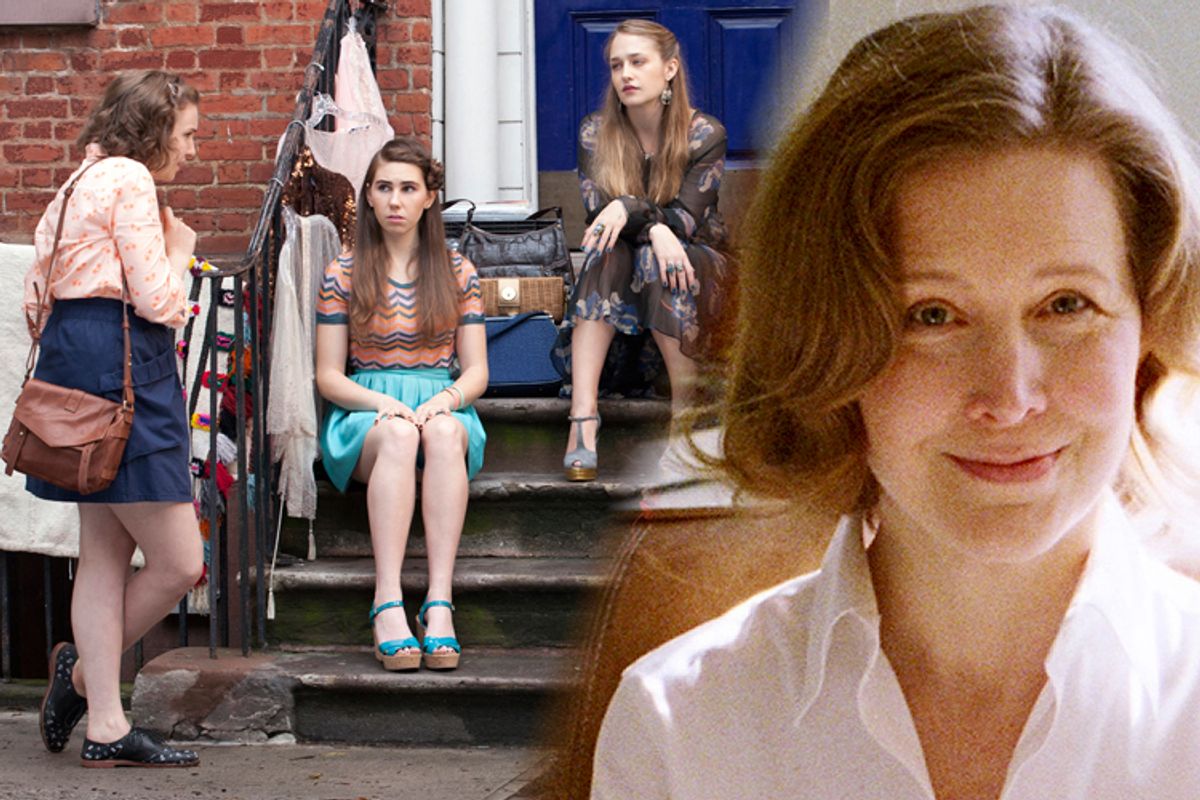 The author of books including "Bel Canto" and "State of Wonder," who also runs a Nashville bookstore, couldn't seem farther removed from the world of HBO's "Girls" -- a show whose characters seem likely to read Sheila Heti or Vice magazine. Besides, as Patchett told Salon, she doesn't watch TV.

And yet, last night's episode name-checked the author, when the mother of Lena Dunham's character announces that she's having a wonderful time at an academic conference in New York.

"It has been such an awesome conference," says Becky Ann Baker's character, a prim middle-aged, upper-middle-class woman. "I never thought I'd meet so many other women who feel the same way I do about Ann Patchett." The joke here, perhaps, is that Patchett is the sort of tasteful, excellent, high-mid-brow author for whom women like Hannah's mother would, near-universally, feel a strong affinity.

Patchett is flattered. "I heard about the reference this morning from an old boyfriend who called me a 'meme,' and then I had to ask him what a 'meme' was," Patchett told Salon via email. "It's very nice to think that someone at the show would take the trouble to put me in the cultural loop when clearly I am so far out of it."

"I was once an answer on 'Jeopardy!' and nobody got the question. [The question was worth $1,000 in the category Women Writers.] It's a little like that, but for a younger, hipper crowd."

"Girls," here, shares a certain literary sensibility with forerunner "Sex and the City," which focused, too, on a writer struggling (sort of) in New York: There were jokes about Michiko Kakutani (whose review prompts Carrie Bradshaw's breakdown) and Joyce Carol Oates (who suffers an "unfortunate incident" at a ladies' luncheon). Meanwhile, "Girls" has mentioned Patchett and lightly chided a generation of confessional memoirists with the insufferable "Tally Schifrin" character.

We're counting down to the Salman Rushdie cameo.