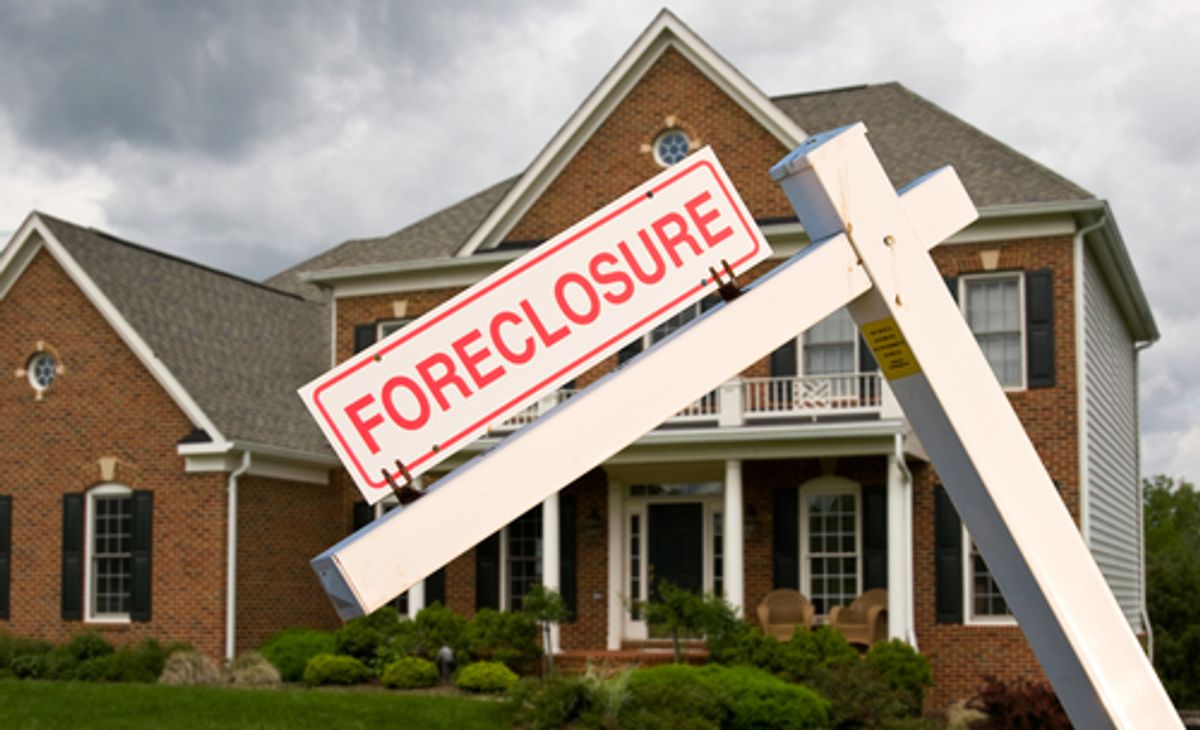 As part of a multibillion-dollar settlement deal over foreclosure abuses during the housing crisis, it has been discovered that over 700 members of the military were wrongfully evicted from their homes by major banks.

Federal regulators, tasked with determining how to payout the $8.5 billion settlement to victims of Wall Street abuses, demanded that Bank of America, Citigroup, JPMorgan Chase and Wells Fargo identify the borrowers who were evicted in violations of federal law. As the New York Times noted, the findings provide "the first detailed glimpse into the extent of wrongful foreclosures amid the collapse of the housing market."

The banks had long maintained that, although they had relied on faulty documents to push through foreclosures, they rarely forced people out of their homes by mistake. The discovery that over 700 active duty military members -- protected by federal law -- nonetheless faced foreclosure serves as star riposte to such claims.

As the Times noted:

Complaints that active military personnel and National Guard members were losing their homes while deployed in war zones set off national outrage and prompted Congressional hearings in 2011. The case of Sgt. James B. Hurley, a disabled veteran whose home outside Hartford, Mich., was sold two months before he returned from Iraq, dragged through the courts for years, highlighting the devastating effect of foreclosures.

In 2011, JPMorgan settled claims that it inappropriately foreclosed on 18 military service members and overcharged 6,000. Bank of America and Morgan Stanley also struck a pact with the Justice Department to settle claims they foreclosed on 178 military members between 2006 and 2009. Sergeant Hurley has since reached a settlement with Deutsche Bank in his case.

But the problems are more extensive than the wave of cases indicated.

When regulators forced them to take a close look at their loans, JPMorgan, Wells Fargo and Bank of America, the largest loan servicers, each discovered about 200 military members whose homes were wrongfully foreclosed on in 2009 and 2010, according to the people with direct knowledge of the findings. Citigroup had at least 100 such foreclosures. The foreclosures violate the Servicemembers Civil Relief Act, a federal law requiring banks to obtain court orders before foreclosing on active-duty members.

The reviews also found 20 borrowers who were never late on a single mortgage payment but were nonetheless wrongfully evicted. The settlement, reached between big banks and federal authorities earlier this year has come under criticism from some housing advocates. The Office of the Comptroller of the Currency and the Federal Reserve Board had ordered independent reviews of foreclosure fraud cases to determine which homeowners were to be compensated. However, the use of independent consultants for this process was determined to be too costly and time-consuming.

“The regulators, essentially admitting that the reviews were too difficult to conduct, and that assigning appropriate compensation to those most harmed by the banks was no longer a priority, said the mortgage companies themselves will determine how to distribute $3.3 billion,” wrote HuffPo’s Eleazar David Melendez and Ben Hallman when the settlement was announced.