The singer, songwriter and founding member was 73 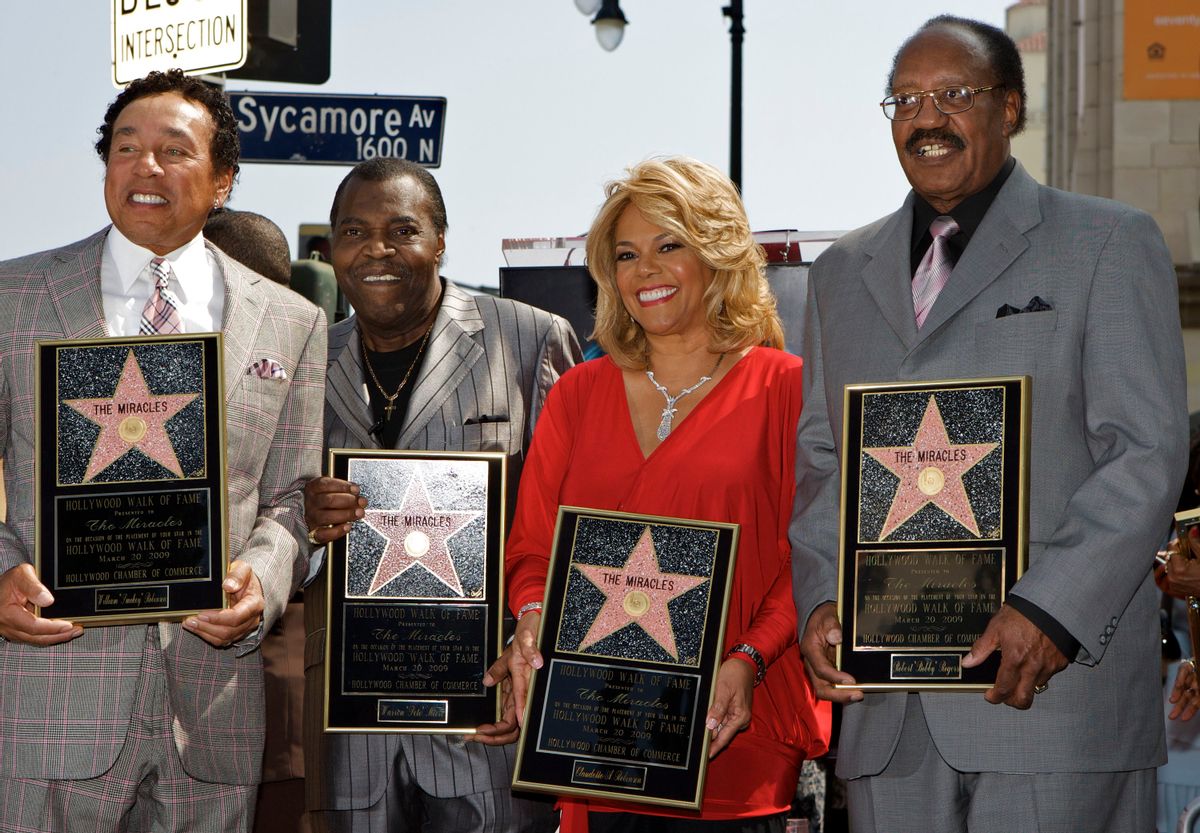 SOUTHFIELD, Mich. (AP) -- Bobby Rogers, a founding member of Motown group The Miracles and a songwriting collaborator with Smokey Robinson, died Sunday at his suburban Detroit home. He was 73.

Motown Museum board member Allen Rawls said Rogers died about 6 a.m. in Southfield. Rogers had been ill for several years.

Rogers formed the group in 1956 with cousin Claudette Rogers, Pete Moore, Ronnie White and Robinson. Their hits included "Shop Around," `'You've Really Got a Hold on Me," `'The Tracks of My Tears," `'Going to a Go-Go," `'I Second That Emotion" and "The Tears of a Clown."

"Another soldier in my life has fallen. Bobby Rogers was my brother and a really good friend," Robinson said Sunday in a statement. "He and I were born on the exact same day in the same hospital in Detroit. I am really going to miss him. I loved him very much."

Roger's cousin Claudette told the Detroit Free Press that everyone was drawn to his personality.

His voice can be heard on Marvin Gaye's "What's Going On," with Rogers saying, "It's just a groovy party, man, I can dig it." Mary Wilson of the Supremes said that captured his essence.

"If people want to remember him, they should put that record on and listen to Bobby," Wilson told the newspaper. "That's who he was."

Rogers and The Miracles were inducted into the Rock and Roll Hall of Fame in 2012. He was too ill to attend the ceremony.

He shared songwriting credits with Robinson on The Temptations' "The Way You Do the Things You Do," The Contours' "First I Look at the Purse" and The Miracles' "Going to a Go-Go."

Bobby Rogers From The Wires Motown Obituary The Miracles