Prenda Law specializes in online pornography copyright infringement. Why does that make the Internet so mad? 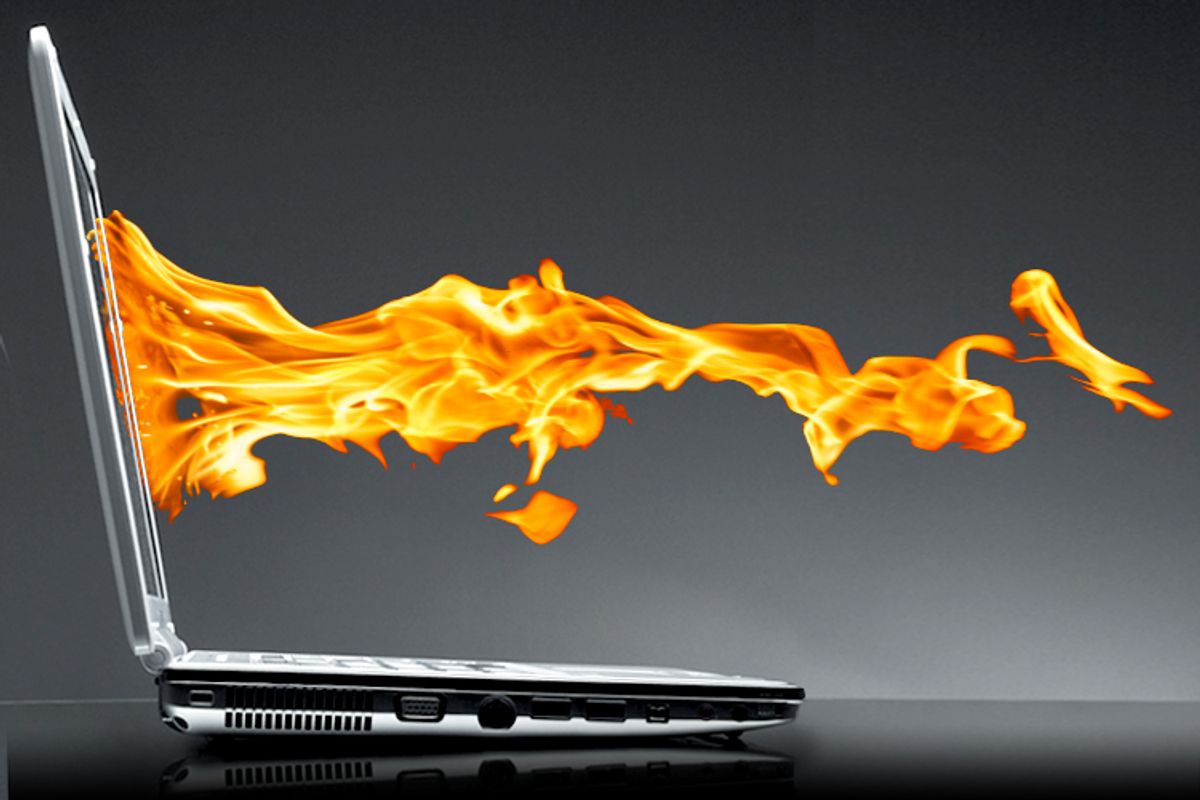 Who hasn't had the urge when reading Internet comments, at least once, to pull out a great big nail-studded mace and start whacking about at the idiots who gibber and froth online? Earlier this morning, when I saw Timothy Lee's tweet referencing a case in which a law firm was suing some commenters for libel and defamation, my first thought was, I totally get it.

The complaint is worth quoting extensively. (Emphases mine).

Plaintiff files this action seeking monetary damages, injunctive relief and other damages arising from the egregious Internet-based conduct of a number of individuals, whom Plaintiff knows only by the anonymous, salacious, false and libelous comments they have made, and continue to make, about him on the Internet. Shielded by unconventional pseudonyms, [they] belong to a community of Internet "commentators," fearful of being identified, and have falsely accused the law firm Prenda Law LLC,of which Plaintiff is the sole officer and employee, of, among other things, criminal offenses; want of integrity in the discharge of employment; lack of ability in its profession; and the commission of fornication and adultery....

The Defendants' defamatory statements are made under the most cowardly of circumstances; plastered over centralized Internet communities and available to anyone in the world with an Internet connection. The Defendants have libeled Plaintiff under the disguise of such childish and unsophisticated pseudonyms as "die troll die." The defamatory statements that they have made about Plaintiff are the type that, if made under the light of day, would prompt loved ones to suggest (or intervene and force) intensive psychological therapy. But sheltered in a cloak of cowardly pseudonyms, emboldened by association [with] others apparently sharing the same affliction, Defendants have continued unabated in their conduct...

I have to say, based solely on the excerpts above, I was feeling Prenda Law's pain. Nobody likes to be accused of "want of integrity" or "lack of ability" or get called "assclown" on a regular basis. I've been there, I know. I still have yet to be charged with the commission of fornication and adultery, but the week has barely gotten started.

Then I did some background research on Prenda.

I present, for example, the lead sentences to two stories Lee wrote in December and January.

Prenda Law, a copyright litigation firm that has sued thousands of anonymous Internet users for sharing pornographic videos, has sought the dismissal of a California judge after the judge ordered the firm to answer charges that it engaged in identity theft.

The details of Prenda Law's high jinks are beyond convoluted. If you're interested, go straight to the source. But basically, Prenda's primary business appears to be collecting damages from people accused of sharing copyrighted pornography via peer-to-peer sharing networks such as BitTorrent. Personally, I do not doubt that such lurid piracy is rampant. However, the exact methods by which Prenda has gone about this endeavor do not seem to be winning it any friends with judges, or Internet "commentators."

The identity theft allegations emerged late last year, when a Minnesota man named Alan Cooper told a Minnesota court he suspected Prenda Law named him as the CEO of two litigious offshore holding companies without his permission. Worried about exposing himself to potential liability for the firms' misconduct, Cooper asked the court to investigate the situation.

Judging by the details in a letter sent by Cooper's lawyer to the Minnesota court, Cooper has reason to be concerned. And Prenda's protestations of injury from the mean and nasty Internet ring hollow.

Who knew? In this case, the ranters and ravers might be right.

(Timothy Lee's report on the lawsuit is here.)