Does reading the comments affect your judgment? 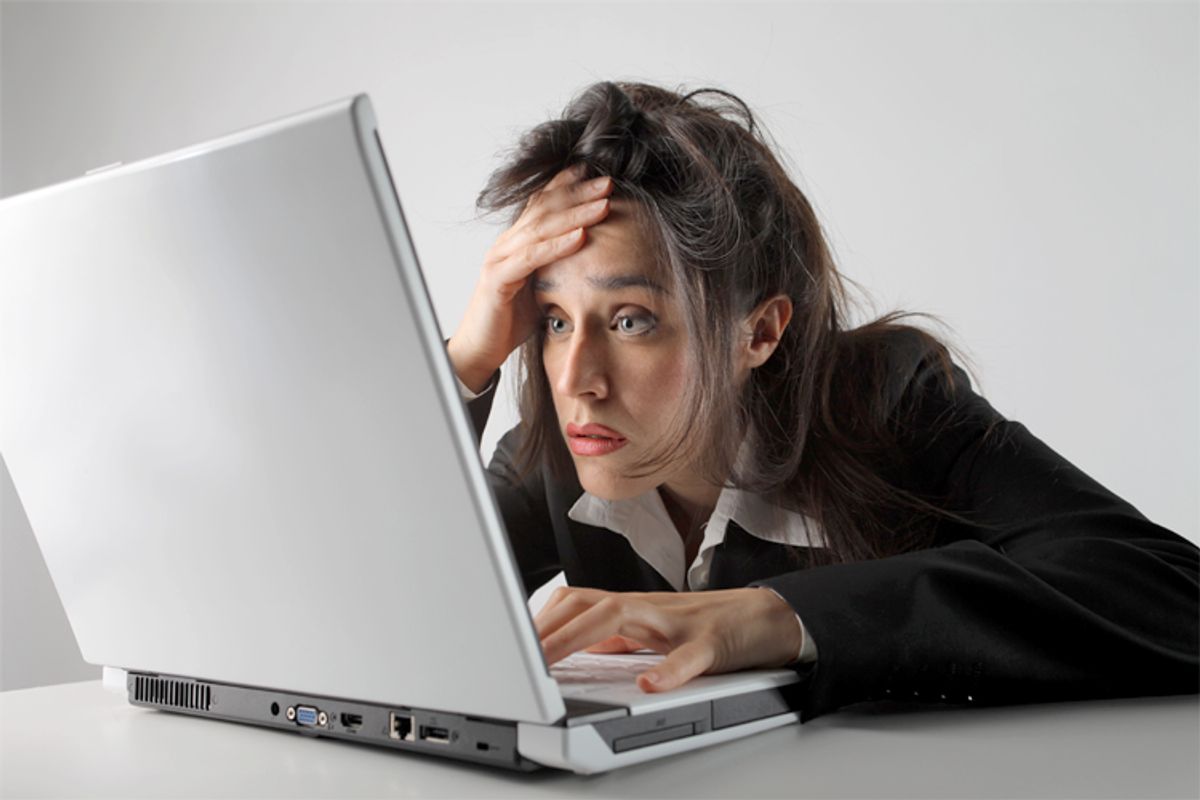 Epic fail – a new study has revealed that rude Internet comments warp the way you feel. As two of the report's authors reveal in the New York Times, the Journal of Computer-Mediated Communication recently decided to explore what it refers to as "the nasty effect." And if you've ever read the comments beneath a feature story or a YouTube video, the phrase needs no explanation.

The researchers showed 1,183 readers a fictitious technology story, then had them read the equally fictitious comments. Though both groups' comments featured equal measures of criticism, skepticism and enthusiasm for the piece, one group's was "civil" while the other's was "rude" – peppered with cursing and epithets. And as the results showed, "Those exposed to rude comments … ended up with a much more polarized understanding … Simply including an ad hominem attack in a reader comment was enough to make study participants think the downside of the reported technology was greater than they'd previously thought." In other words, the "this sucks" chorus becomes the voice in a reader's own head.

Despite the authors' quaint reference to "this brave new domain," there's nothing new about trolling. Twenty years ago, in a slightly different format, we called it flaming and had to wait longer to read it on dial-up. The results, however, have always remained remarkably consistent: that rush of strong, usually queasy emotion that comes from reading intense and ugly comments, that distorted sense of reality.

What's new about this study, however, is that it offers validation of what for many of us has been a gnawing fear: that the trolls really do hold tremendous power of persuasion. Why try to craft a well-reasoned argument, using facts and grammar, when the real way to influence how a person feels is a well-aimed "Kill it before it lays eggs," or the classic "Your stupid"? Even if the effect is divisive, at least it's substantial -- to the point that it can strongly affect how one feels about the original piece itself.

I spent well over a decade moderating Salon's online community Table Talk, and was an online host before that. I've peered into the abyss of comments while writing stories on bullying and, occasionally, the vindicating humanity. I've spent most of my adult career in the thick of online interaction. That's exactly why I now ignore the comments on my own work, and make a conscious effort to avoid the temptation to read them on other people's. Reading comments almost invariably turns into hate-reading them. So if it's not in the name of research, it's rarely a healthy or constructive use of my time. But I understand that others feel strongly about the value of comments.

In a wise and well-reasoned piece in the Guardian on Sunday, writer Ally Fogg championed the value of commenters, noting, "I've learned at least as much from the comments and amateur blogs as from professional writers," and adding, "I find it genuinely unfathomable that other writers would cut themselves off from this goldmine of knowledge."

The thing about gold mines, however, is that they're unpredictable. You can strike treasure -- or just wind up going very, very far into a very, very dark place. And though the Journal of Computer-Mediated Communication study suggests that neutral, "civil" comments have no strong "polarizing" effects, that's a payoff that doesn't seem worth it anymore for some of us. I love debate; I love a strong case for changing a person's mind about a topic. I just don't find that buried within the "This is crap, you homo" that seems to dominate so much of the conversation out there, nestled just beneath the stories. And I admit I'm still searching for the definitive defense of online commenters written by a woman. I suspect the vision of gold varies according to how many times strangers have called you a whore.

Even more than I don't like hazarding the infectious misery that commenting so often spreads, I don't like giving power to  that vocal, influential plain old "rude" population. That's the reason that whenever I'm tempted, after reading a story, to devote any time to the comments, all I have to do is think about notorious Reddit troll Michael Brutsch. In an interview last fall, he noted that "There are hot-button topics that you can make a comment about and just enrage people … Apparently I have a gift for pushing buttons." Maybe I'm missing some great stuff, but it's OK. It's a small price to pay for keeping a person like that away from my buttons.