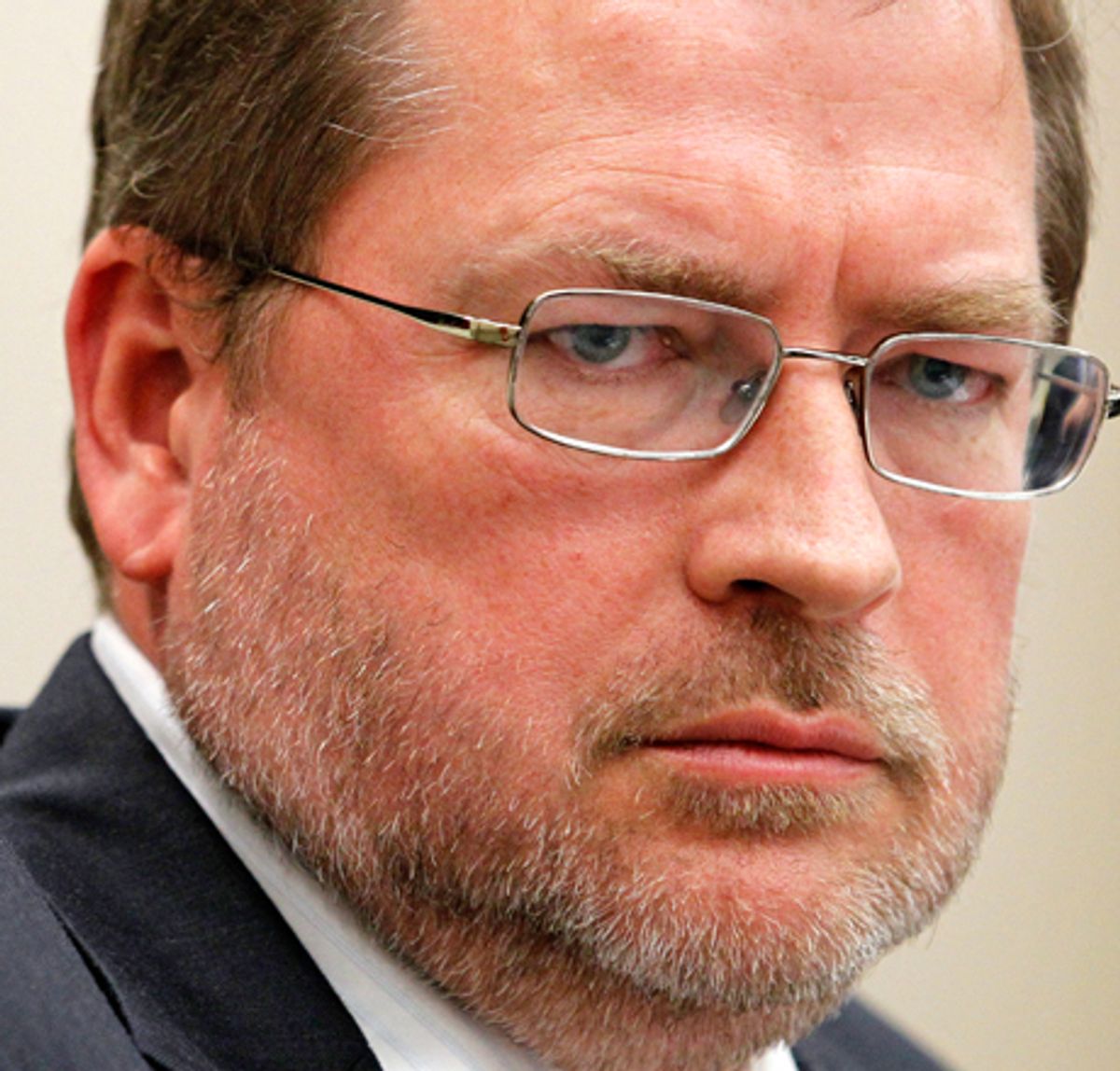 As the sequestration brinksmanship intensifies, many are likely experiencing déjà vu as they think back to the infamous Gingrich-Clinton budget showdowns of the 1990s. That, of course, seems like the set of events that would best help predict the political fallout from the Obama-Boehner budget crisis. But while Obama, like Bill Clinton, seems positioned to politically benefit from the sequestration fight in the short term, the 1990s are not the best way to glean the more long-term political implications of the fight. California circa 2012 is, and that's even worse news for Republicans.

Recall that in 2011, California faced at the state level what the federal government faces at the national one. (With "trigger" mechanisms that made them even more sequester-like).

Facing that budget situation and an obstructionist Republican minority, newly elected Gov. Jerry Brown (D) made the same choice that President Obama is now making: Rather than cutting a stopgap deal, he decided to use his power to propose and enact the massive cuts, which were felt all over the state.

A Democratic governor spearheading this kind of agenda might have seemed like a huge political victory for the conservative movement, except for the fact that Brown didn't see the cuts as an end unto themselves. On the contrary, he viewed them as a means of prompting a larger, more constructive discussion about government in general and taxes in particular. Specifically, he framed the budget cuts as being the effect of the GOP's -- and general public's -- unwillingness to raise taxes, and cited the budget cuts' effects as a reason that voters should approve tax increases, which is exactly what they voted to do last year in resounding fashion.

So far, the dollars-and-cents results of Brown seizing that progressive tax opportunity from a budget crisis have been spectacular. Last month, California budget officials reported a surplus. Meanwhile, following the tax hikes, Reuters reports that the state's "job growth tops the national average, unemployment has fallen to below double-digit levels for the first time in nearly four years." Meanwhile, Bloomberg reports that "California’s credit rating on its general-obligation bonds was raised by Standard & Poor’s for the first time since 2006."

These results, if they hold, come with the prospect of tectonic political change because they so clearly counter the standard GOP talking points about budgets and taxes. Yes, rather than tax hikes harming the economy, the tax hikes and California economic recovery are happening simultaneously (and Brown's poll numbers have hit a record high).

While California certainly still has its problems, and while Brown is not a perfect governor (or progressive), the Golden State's lessons for the sequestration fight in Washington should be obvious. Budget-cutting conservatives in Washington, like their counterparts in the California Legislature, may achieve a short-term policy victory in creating a political environment that forces automatic across-the-board cuts into law. But it will likely be a Pyrrhic victory -- and long-term setback for their movement.

Not only will a Democratic president be able to cast himself as the reasonable adult à la Brown, but more important, as in California, the cuts will likely be so deep, so ubiquitous and so obvious to voters in so many ways that progressives will be able to cite them as real-world proof of why America needs to fundamentally reevaluate its view of government and taxes.

Indeed, if sequestration happens and the cuts are as brutal as they promise to be, no longer will "government" be just an easily demonized abstraction. It will become what it became in California: tangible things that most people like, such as airports, education, borders and food inspections. Likewise, "small government" will no longer be some happy-sounding slogan; it will be long lines at airports, slashed funding for local schools, traffic backups at border crossings, food shortages and all sorts of other day-to-day inconveniences.

At that point, assuming Obama and Democrats don't want the sequestration cuts to simply be enacted and never repealed (granted, an assumption in the age of the Conservadem), the questions will be simple: Will Obama and congressional Democrats follow the Brown model? Will they cite the cuts to fundamentally challenge the anti-tax zeitgeist that has dominated American politics since the 1980s? Will they, in short, maximize the opportunity?

If, as the saying goes, every crisis is an opportunity, this is the biggest opportunity of all, one that California shows can come with a very serious upside.