He would force politicians to talk about the public good 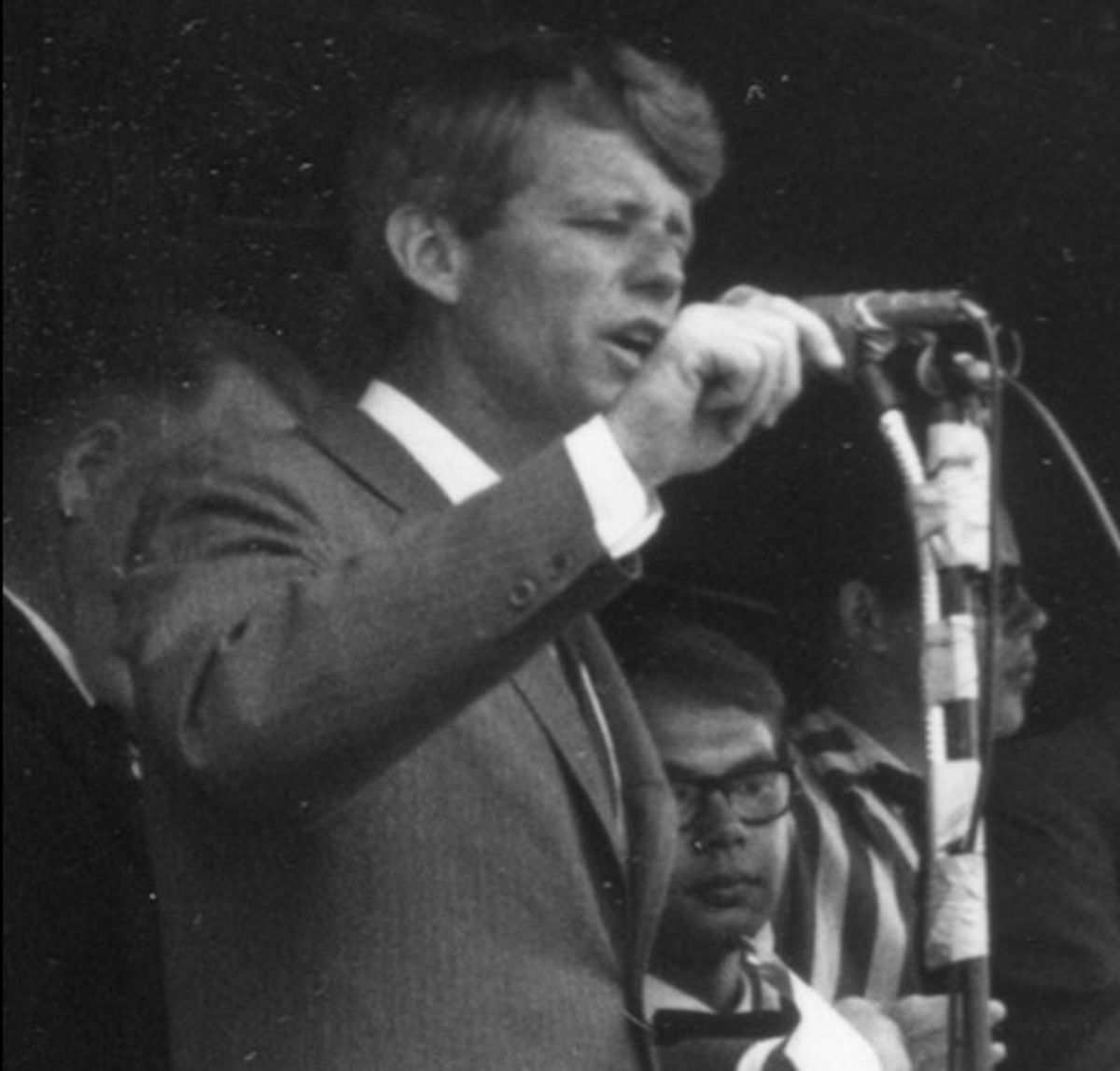 With the sequester now beginning, I find myself thinking about Robert F. Kennedy — and 46 years ago when I was an intern in his Senate office.

1967 was a difficult time for the nation. America was deeply split over civil rights and the Vietnam War. Many of our cities were burning. The war was escalating.

But RFK was upbeat. He was also busy and intense — drafting legislation, lining up votes, speaking to the poor, inspiring the young. I was awed by his energy and optimism, and his overriding passion for social justice and the public good. (Within a few months he’d declare his intention to run for president. Within a year he’d be dead.)

The nation is once again polarized, but I don’t hear our politicians talking about social justice or the public good. They’re talking instead about the budget deficit and sequestration.

At bottom, though, the issue is still social justice.

The austerity economics on which we’ve embarked is a cruel hoax — cruel because it hurts those who are already hurt the most; a hoax because it doesn’t work.

The trickle-down-economics, on which Republicans base their refusal even discuss closing tax loopholes for the wealthy, is a proven failure — proven because it’s been tried before, by Ronald Reagan and George W. Bush; a failure because nothing has trickled down. Taxes have been cut on the wealthy, but the real median wage keeps dropping and the rate of poverty keeps rising. Now, 22 percent of American children are in poverty.

Yet in the months (or years) ahead, federal money will be reduced for poor schools, child nutrition, preschools, and mental-health services.

Some 3.8 million who have been unemployed for more than six months will see their jobless benefits cut.

Some 600,000 low-income women and children will no longer benefit from the federal nutrition program for women and toddlers.

Lower-income Americans are already suffering disproportionately from high unemployment. But they will bear even more of the burden of joblessness as the economy slows because of the sequester.

Meanwhile, America has become far more unequal than it was in 1967. Then, the richest 1 percent got 9 percent of the nation’s total income and paid a top marginal tax of 78 percent (and an effective rate, after deductions and credits, of 54 percent).

Now the richest 1 percent get over 20 percent of the nation’s income and pay a marginal tax of 39 percent (and an effective rate of 23 percent — or, if you’re in Mitt Romney’s league, less than 19 percent). The richest 400 Americans have more wealth than the bottom 150 million combined.

If Robert Kennedy were alive today he’d condemn the Tea Party Republicans (and the Koch Brother billionaires who fund them) for violating the basic ideal of social justice that’s the moral foundation of this nation.