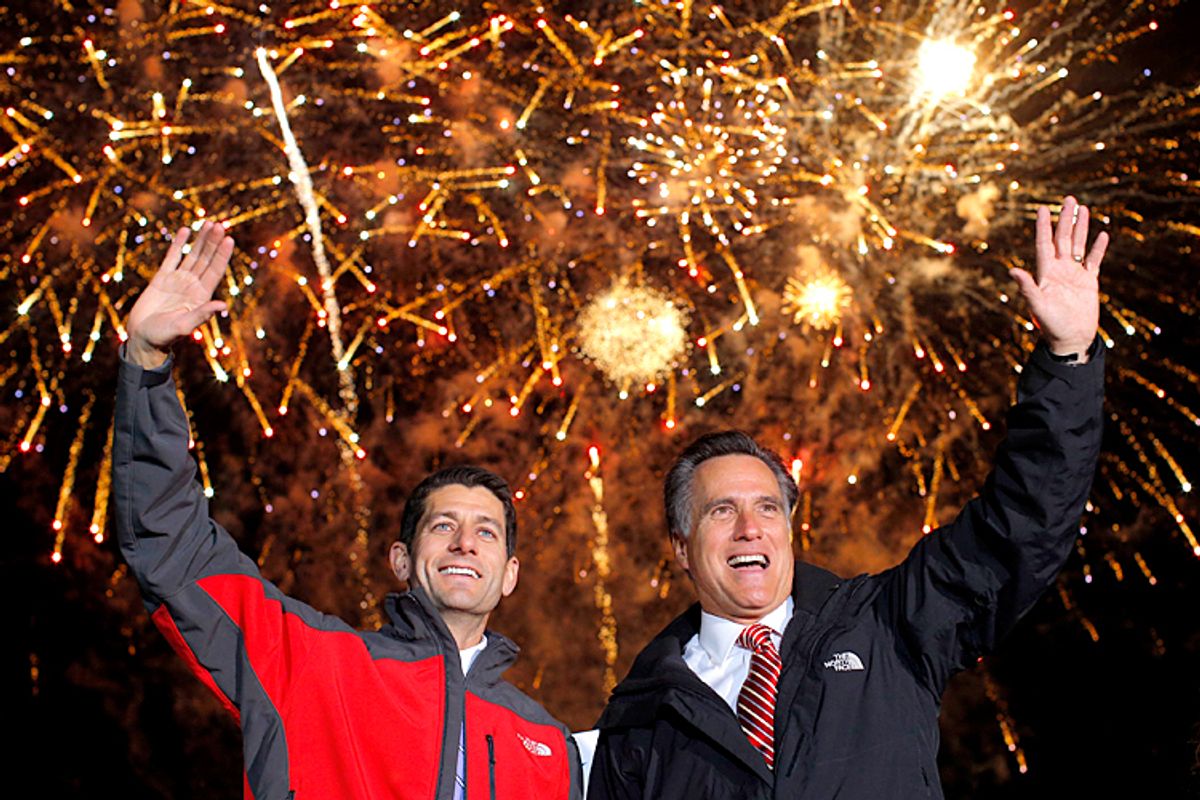 The researchers asked the candidates what they thought their constituents thought of same-sex marriage, universal healthcare and the abolition of social welfare programs. Republicans were pretty sure their constituents were basically all to the right of Louie Gohmert.

It's been obvious for years that the Republican Party is massively overly responsive to its most conservative constituents, who are also usually its loudest. Ultra-conservatives don't actually make up a majority of the Republican electorate, but Republicans govern like they do. It's true that congressional Republicans are beholden to constituencies more conservative than America as a whole, but elected Republicans apparently think their constituencies are even more conservative than they actually are. This poll helps explain why the party keeps overreaching, imagining it has a mandate to impose radical and unpopular right-wing policies whenever candidates win low-turnout midterms, and even when they actually lose elections but remain in power thanks to quirks of our political system. Hence, the Gingrich shutdown, the Clinton impeachment, George W. Bush's Social Security "reform" push, and just about everything congressional Republicans have done since January 2009.

Liberal politicians, meanwhile, don't imagine that their constituents are super-liberal. A majority of them also believe that their constituents are more conservative than they actually are. Which, well, that explains your Democratic Party since the Clinton administration. They weren't polled, but I'm pretty sure "nonpartisan" political elites in the media share the exact same misperception. ("It's a center-right country," we hear all the time, which it turns out is both meaningless and untrue.)

The conservative media is probably as responsible as any other factor for this widespread misperception, as it's easy to forget that the number of actual humans who listen to Rush and watch Fox religiously is actually rather small, compared to the number of people who don't. And the nonpartisan media, made up, yes, mostly of ("social") liberals, overestimate the conservatism of "regular Americans." That's why Mitt Romney's campaign, along with the entire conservative media and much of the establishment punditocracy, thought there was no way Barack Obama was winning reelection. Everyone thinks the country is way more conservative than it is.

It should be said that while imagining the country to be much more conservative than it actually is seems to put the Republican Party at a bit of an electoral disadvantage, the myth has been unquestionably a huge positive for the conservative movement, because it leads Republicans to use whatever power they have to push policies beloved by that small, radical minority, even if those policies are massively unpopular. And the myth has long prevented popular liberal policies from even being seriously debated.

Left-liberals who actually pay attention to surveys of popular opinion on things like raising taxes on rich people and expanding Medicare instead of raising the eligibility age are frequently a bit annoyed when they watch, say, the Sunday shows, and these ideas are either dismissed as radical or simply not brought up to begin with, but all of Washington is still pretty sure that Nixon's Silent Majority is still out there, quietly raging against the longhairs and pinkos. In fact the new Silent Majority is basically made up of a bunch of social democrats, wondering why Congress can't do serious, sensible, bipartisan things like lock up all the bankers and redistribute their loot to the masses.