Christian teen performs anti-gay rap in the forest, films it 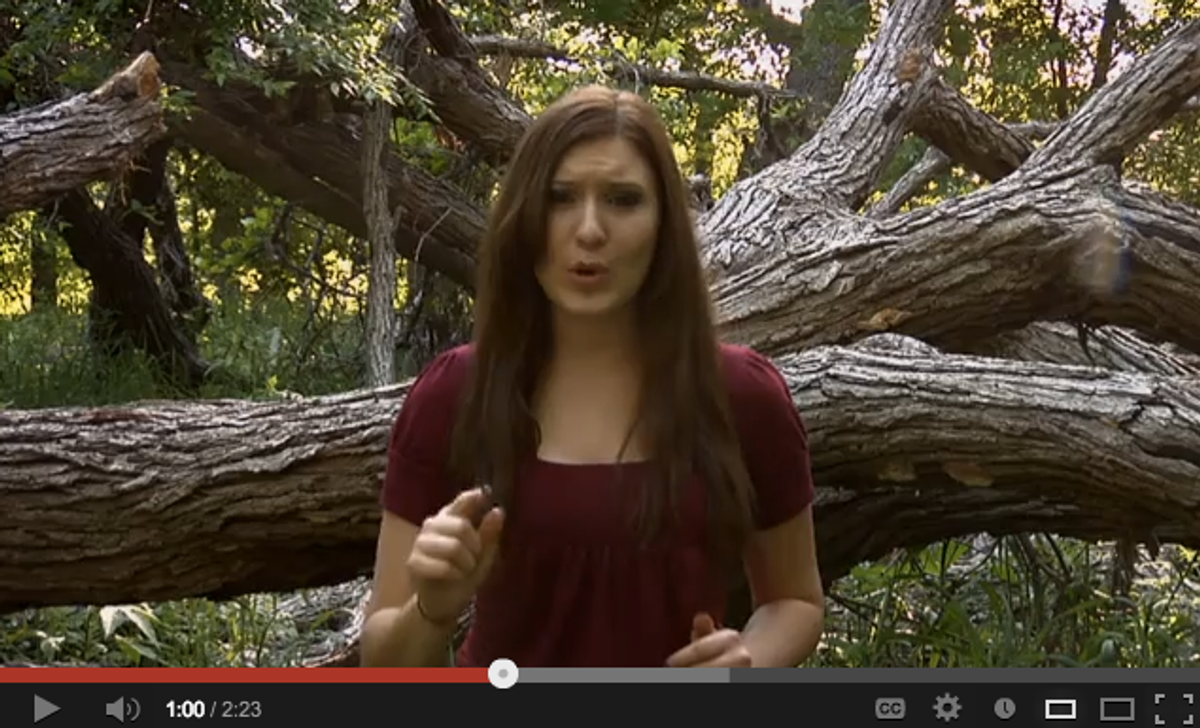 YouTube user "Apologetics" has a message for anyone who 1) is gay, 2) loves a gay person, 3) believes gay people should have equal rights:

"Don't propagate your hate, because I have a higher standard on who you date. I'm not here to rally against that which the government legislates, I simply don't support a mind that is reprobate. Homosexuality is not innate. It is not a genetic trait. It cannot replicate the love between a man and a woman which God did indeed create."

It's no accident, either. The video, titled "T for Tolerance," is a two-minute anti-gay Christian rap, which is, for totally normal and good reasons, being performed by a teenager in the middle of a forest.

Now this might sound like a hateful and terrible thing to do, but it's really an act of love. Here's why: This young Shakespeare has so much Christian compassion for the gays that she would just hate to see them "bake in the lake of fire for love's sake."

I'm thinking this rapper is really on to something. Maybe we would all be more receptive to hate speech if it rhymed more of the time? Like, maybe Westboro Baptist's shtick would go down a little easier if they had a theme song? Or maybe San Francisco 49ers' corner back Chris Culliver's comments about gay athletes would have worked better if he'd said "Ain't got no gay people on the team. They gotta get up outta here... or I'm gonna scream!" And what if the National Organization for Marriage did their next mass mailing in iambic pentameter? The possibilities are endless!

Take it away, Apologetics!