The Comedy Central host behind the fake "hero pig" video: "There's more to the story"

His staged video of a piglet saving a goat ended up on the news, but Comedy Central host Nathan Fielder is sanguine 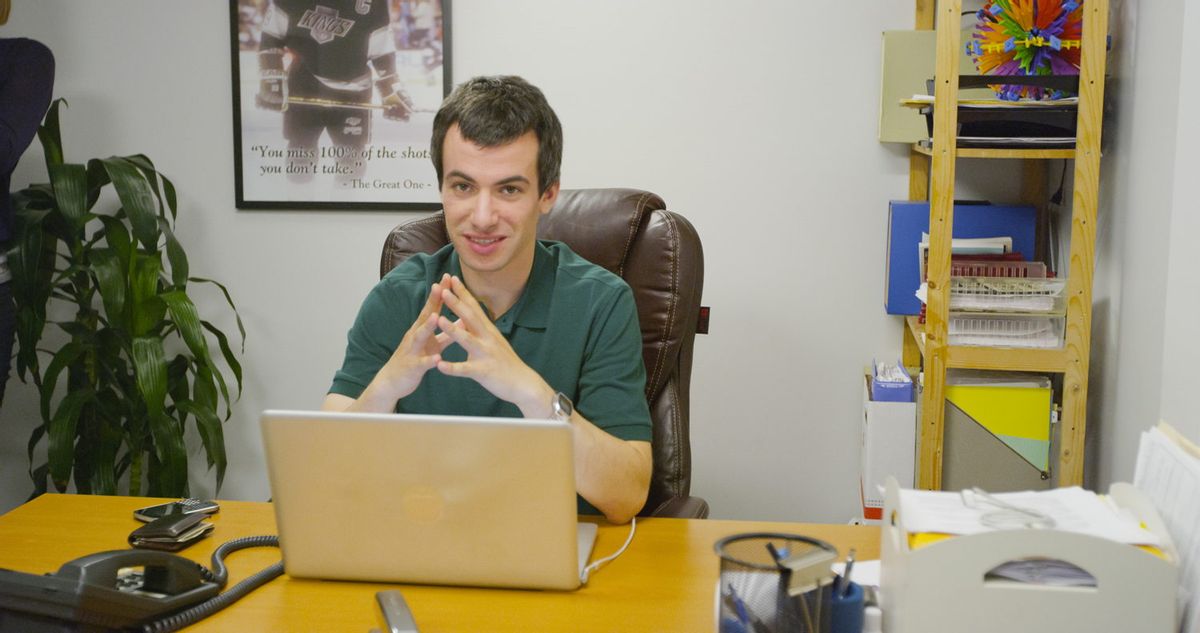 A video he shot of a baby piglet rescuing a goat, one that ended up on various network newscasts, is both totally cute and 100% fake, as first reported by the New York Times. The video, which was presented as straight news by NBC and ABC, among others, wasn't intended to game the news system or even to be widely viewed on a national level, Fielder told Salon.

"It all evolved from an idea i had to help a petting zoo," Fielder said; his show depicts his visiting small businesses across America and giving them just-shy-of-unusable tips to make them succeed. In the debut episode, Fielder advises a yogurt shop to sell dairy treats chemically flavored to taste like human waste -- in keeping with the notion that all publicity is good publicity.

But he'd intended merely to make the pig a local celebrity, not an object of national news. "Sea World has Shamu. The goal was to have a star animal so people would come to their petting zoo. We were going to make a fake viral video and make it seem real so everybody would want to see hero pig."

"The irony of it is," Fielder said somewhat haltingly, "it's not something we did to market the show. There are certain interests that want that video out there, and to say we used it to promote the show. It's part of a story we made. There's more to the story that was talked about." The rest of the story, he said, will air on an upcoming "Nathan For You" episode; "I go through an emotional arc in there," he said.

And, in the era of insult comedy, Fielder's show is surprisingly innocent, practically Capra-esque in its faith in the entrepreneurs Fielder meets. The store owners generally take his advice without making much of a fuss -- and Fielder insists the people and situations are all real. "We don't really look for conflict. The show isn't about upsetting people and making people mad. I prefer working with business owners where you root for them, they're just nice people trying to run a good small business."