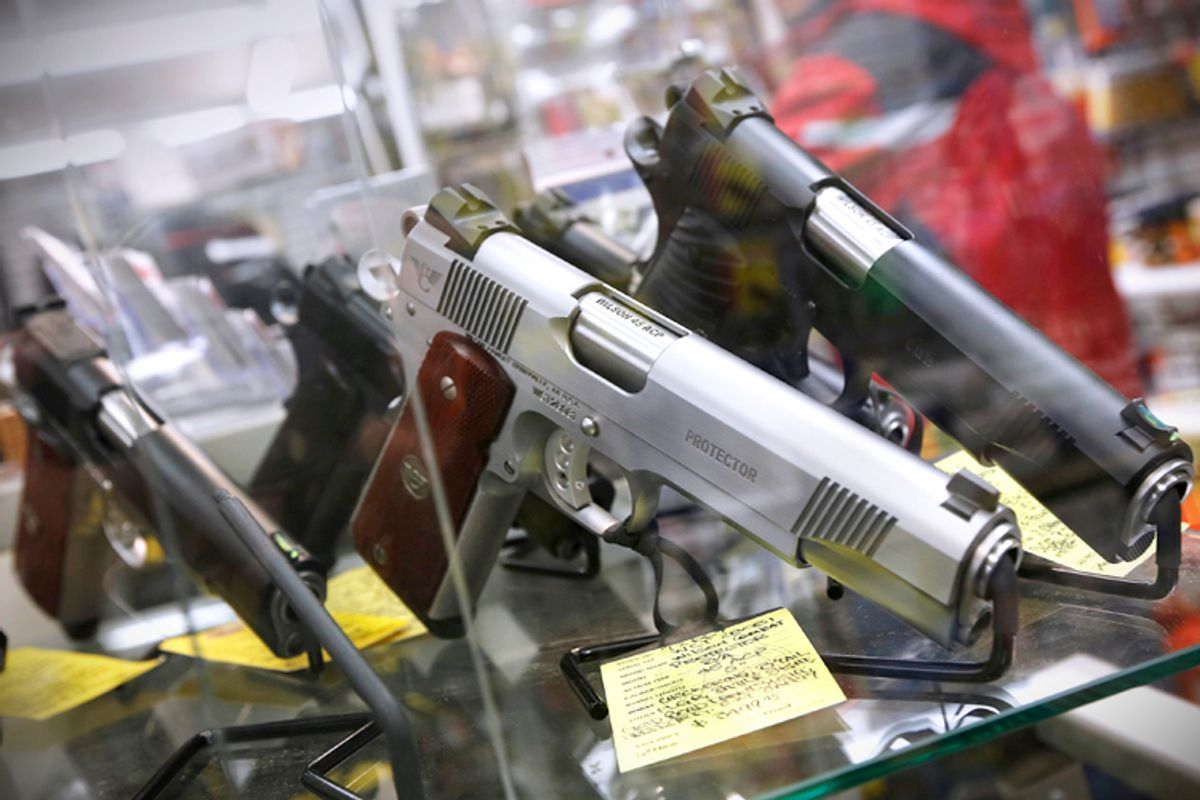 Now, you wouldn't be alone if your initial reaction to theses findings was, well, "no duh." But as it turns out, science that seems to state the obvious can still be vitally important stuff.

Why study the painfully self-evident? Well, for scientists, nothing is a given until it's been tested (and retested). And hard data can help to shape policy and sway public opinion. So while the recent onslaught of studies on gun control may seem like overkill, their findings are actually a critical step toward building common sense policies to help reduce violence.

In honor of the researchers from Harvard University and the Boston Children's Hospital who have told us, yet again, that regulating guns can help make people safer -- a roundup of other science that makes you say "duh."

In a study released Thursday, researchers from Harvard University and the Boston Children's Hospital identified a link between strong gun control regulations and a reduction in overall gun violence. By looking at firearm-related fatalities between 2007 and 2010 and comparing each state's rate of gun deaths per 100,000 people, scientists concluded that the more gun laws a state has, the lower the rate of gun-related deaths.

Though warning that the study was "ecological and cross-sectional and could not determine cause-and-effect relationship," the researchers still identified a meaningful link.

Why it matters: The lead researcher involved in the study said it himself -- he hopes the findings will influence legislators to pass stronger gun control measures across the country. "Our research gives clear evidence that laws have a role in preventing firearms deaths," Eric Fleegler, the study's lead investigator and a pediatric emergency doctor at Boston Children's Hospital, told USA Today. "Legislators should take that into consideration."

In a project that surveyed more than 9,000 women, researchers found that when money wasn't an issue, women overwhelming chose to use birth control. As a result, these women experienced far fewer unintended pregnancies than the national average. Researchers at Washington University in St. Louis also found that access to no-cost contraception greatly reduced rates of teen pregnancy, too: There were 6.3 births per 1,000 teenagers in the study, as compared to a national rate of 34 births per 1,000 girls in the same age group.

The closer an object is, the easier it is to see it

A study in the Psychonomic Bulletin & Review set out to identify the relationship between distance and blurriness. To do that, researchers at the University of Washington showed volunteers pixelated images of famous faces, then manipulated the photos by size and clarity while continuing to track the distance at which participants could recognize them. The study revealed that "blurring the [image] is an appropriate way of simulating details you'll lose by standing far away and by how much," according to psychologist Geoffrey Loftus.

Why it matters: As reported by Popular Science, the experiment "yielded a mathematical formula that precisely correlates blurriness to distance," and Loftus' equation can serve as a tool to "help jurors at criminal trials simulate the accuracy of eyewitness accounts."

Everybody's working for the weekend -- seriously

A study in the Journal of Social and Clinical Psychology confirms that the "Sunday Blues" is an actual, quantifiable thing. Researchers at Rochester University asked subjects to fill out questionnaires three times a day over the course of three weeks, and found that people experienced peak levels of happiness Friday night through Sunday afternoon. And (surprise!): They felt their worst at work.

Why it matters: The study's lead author Richard M. Ryan says his findings can be used to help structure work and leisure so that people feel more productive and satisfied while on the clock. Sure, it's not as hot a topic as gun control, but with some studies indicating that long, stress-filled workdays may be killing us, worker satisfaction is a pretty worthwhile objective.