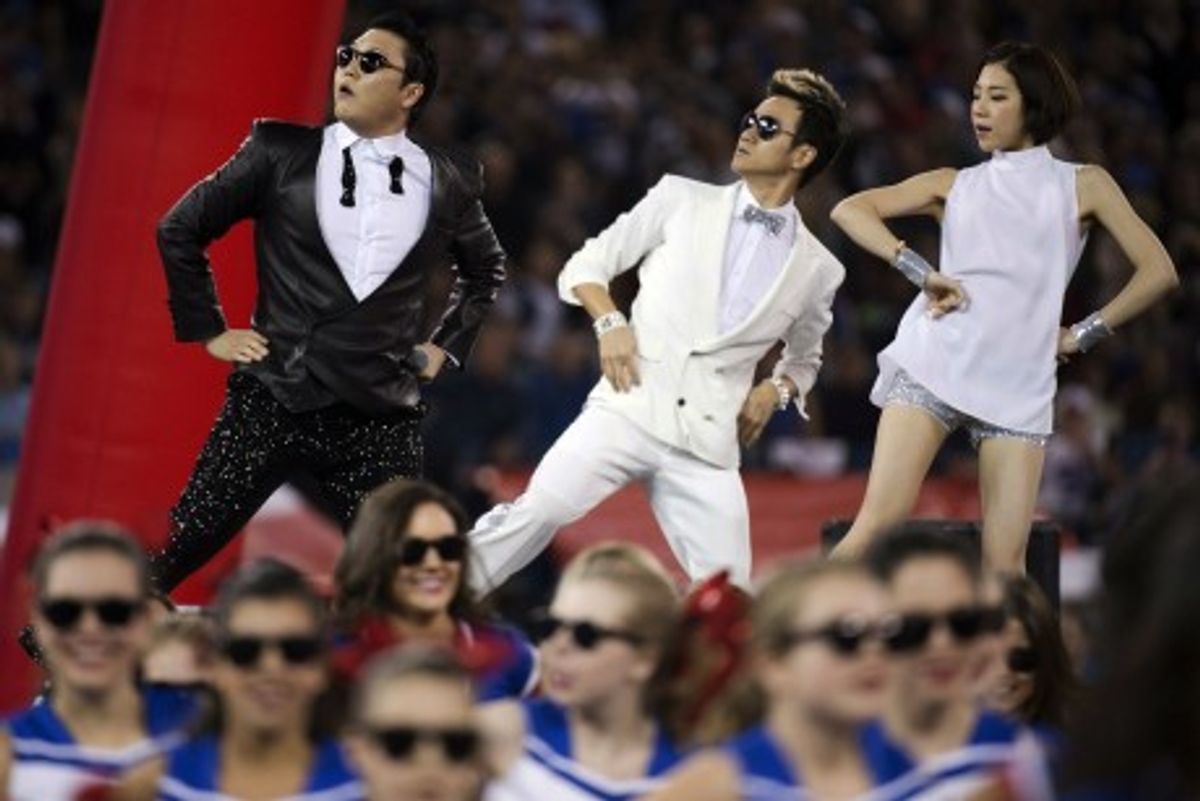 SEOUL, South Korea (AP) — The impish boy who showed off his dance moves alongside PSY in "Gangnam Style" is hoping to go viral, too.

The 7-year-old nicknamed "Little PSY" is releasing an electro pop song next week through iTunes. The boy, whose real name is Hwang Min-woo, says he wants to gain global fame like his "big brother," PSY.

Sporting a black suit and a sleek haircut, Min-woo performed at a news conference in South Korea on Wednesday. He is the latest recruit in the increasingly global K-pop industry.

Min-woo is a second-grader and his mother comes from Vietnam.

Meanwhile, the big PSY has released a "Gangnam Style" remix and is continuing his worldwide tour. The video released on YouTube in July has a record 1.39 billion views.