Can men be taught not to rape? 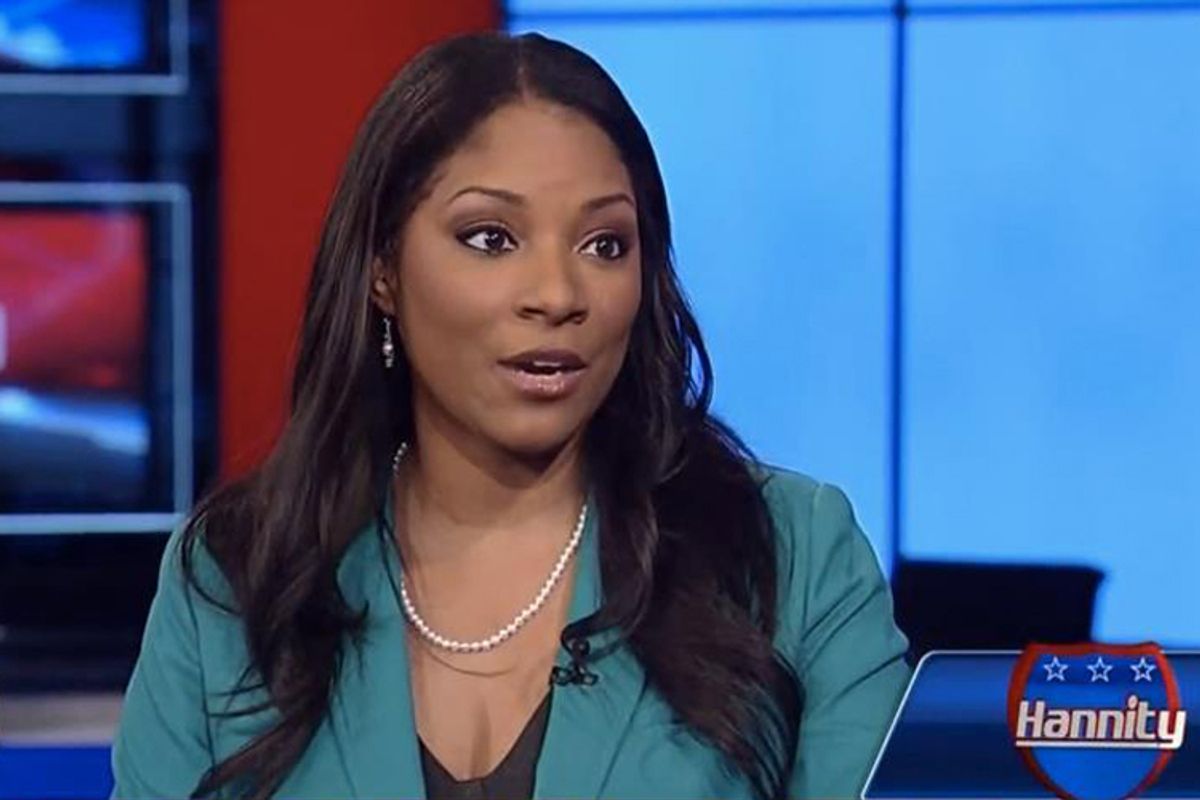 Maxwell was on Fox's "Hannity" this week to discuss guns, rape and college students. The issues have been especially hot button in recent days, after Democratic Colorado state Sen. Evie Hudak delivered a tone-deaf response to a rape survivor, saying that "Statistics are not on your side even if you had a gun. And, chances are that if you would have had a gun, then he would have been able to get that from you and possibly use it against you."

As Maxwell, a rape survivor herself, told Salon on Friday, "I don't think we need to be telling a rape survivor that statistics are not on your side. That's insensitive." But where she drew outrage was in her suggestion to Hannity that "I don’t think that we should be telling women anything. I think we should be telling men not to rape women and start the conversation there." She told Hannity, "You're talking about this as if it's some faceless, nameless criminal, when a lot of times it's someone you know and trust," adding, "If you train men not to grow up to become rapists, you prevent rape."

The mere notion that maybe men need to be involved in the conversation about sexual violence earned Maxwell instant disdain, anger – and a lot worse. The Blaze called her remarks "bizarre" and the Washington Times reported that she'd "argued against women arming themselves." Deeper down on the Internet, the responses got even more scathing, from bloggers who said she'd been "oversimplifying" to the Twitter trolls who told her she ought to get raped. Thanks for the feedback, Internet dopes. Why would anybody think that you need some sensitivity training?

"I knew going in I was going to get a lot of pushback," Maxwell says. "I didn't think I would receive rape threats. I can't even go on my Facebook page; it's full of people wanting to rape me. It's too triggering. The amount of insensitivity is shocking."

As Maxwell tells Salon, her point to Hannity was not about self-defense; it was about how we look at the big picture. "Telling every woman to get a gun is not rape prevention," she explains. "The reality is that we need to be changing how we train and teach young men. We need to teach them to see women as human beings and respect their bodily autonomy. We need to teach them about consent and to hold themselves accountable." And when we do, things change. After Canada launched a "Don't be that guy" consent awareness campaign in 2011, the sexual assault rate dropped for the first time in years — by 10 percent.

Absolutely, sometimes the rapist is the guy with a ski mask who jumps out of an alley.  And no, he doesn't care about learning to be a better person. But Hannity's offhand remark that "evil exists in the world" reduces the experience of rape to one particular type – the violent stranger attack. Absolutely, we need to continue to empower women to avoid high-risk situations, to get themselves out of them when they're in them and to defend themselves however they best see fit. But when rape is overwhelmingly an act perpetrated by men upon women, we also sure as hell need to stop thinking of it exclusively in terms of what women have to do to prevent it. We need to involve men and boys. We need to remember, as a revealing Reddit thread last year proved, that a rapist can be your friend or your boyfriend or your co-worker. We need to acknowledge that a rapist can be your husband. That, as chilling as it is to admit, as Maxwell says, "Those kids in Steubenville were average guys."

Maxwell says, "I don't want anybody to lecture a rape survivor about anything. And I don't want anybody telling women that if you don't wear a skirt or don't drink at all you're going to be safe. That is a lie." What she wants instead is more training, more dialogue and a process that is much longer and harder, and infinitely subtler, than just telling women to get a gun or not wear high heels. Maxwell says, "I knew that [doing "Hannity"] was going to be hard, but I did it because I knew that I wasn't speaking just for myself. I'm not alone. Clearly, what we've been doing isn’t working. We're telling women to be afraid of the person in the bushes when it’s the person in your house. We need a reality check. We're talking about the wrong things. We're asking the wrong questions."