Celebrated author, speechwriter and columnist Peggy Noonan: Obama made Pittsburgh depressing because he did not pass a stimulus bill 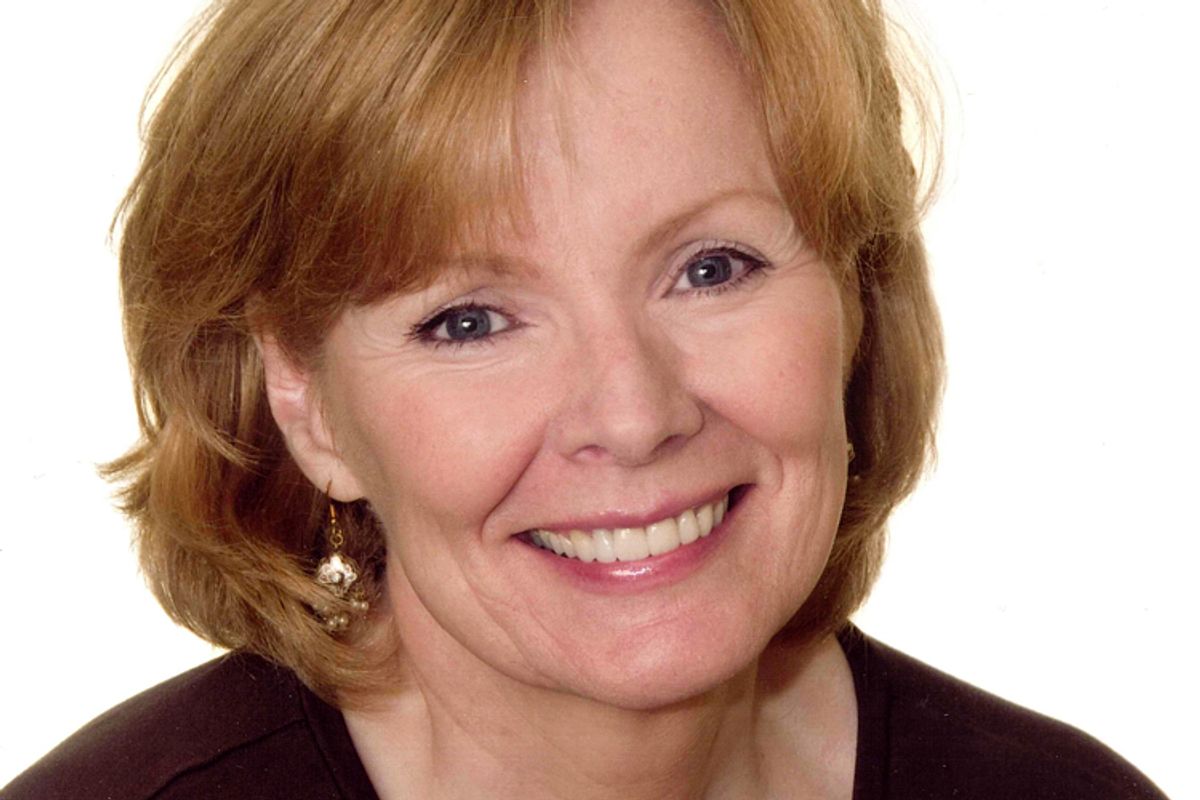 Peggy Noonan went to Pittsburgh and it made her sad, and a little scared. Everyone I talk to says Pittsburgh is lovely, but Peggy Noonan simply did not like the airport, or the airport hotel. (Maybe Peggy Noonan should've gone during the baseball regular season; PNC Park is supposed to be super nice.) This is all Obama's fault, because of the sequester. Also the federal tax code, which is "a killer of the spirit of guts ..." Guts have spirits.

A thing in the airport was broken:

I'm in Pittsburgh, making my way to the airport hotel. The people movers are broken and we pull our bags along the dingy carpet. There's an increasing sense in America now that the facades are intact but the machinery inside is broken.

Maybe once Michael Bloomberg is done fixing the escalator at Washington Union Station he can get started on the airport in Pittsburgh.

Then Peggy Noonan asked the hotel clerk to take her to her room, because there were no doormen or bellmen at the hotel, because it was an airport hotel Obamacare. He told her that hotels have mirrors in the hallways because of crime. This was another thing that was a good metaphor for America:

Things are getting pretty bare-bones in America. Doormen, security, bellmen, people working the floor—that's maybe a dozen jobs that should have been filled, at one little hotel on one day in one town. Everyone's keeping costs down, not hiring.

What that hotel looked like is America without its muscle, its efficiency, its old confidence.

Haha Peggy, America's "efficiency" is why that hotel had no employees to carry your bags to your room. I don't think you meant to say "efficiency" there.

On the plane home I read a piece by Mort Zuckerman, who's emerged as one of the most persuasive and eloquent critics of the president's economic policy.

FACT CHECK: Mort Zuckerman is only as "persuasive and eloquent" as his ghostwriters and editors. He is a politically incoherent numbskull with a lot of money.

Finally we get to the part about how this is Obama's fault:

Meanwhile, the president is stuck in his games and his history. He should have seen unemployment entering a crisis stage four years ago, and he did not. At that time I was certain he'd go for public-works projects, which could give training to the young and jobs to the experienced underemployed, would create jobs in the private sector and, in the end, yield up something needed—a bridge, a strengthened power grid. He instead gave his first term to health care. And now ObamaCare is being cited as a reason employers are laying people off and not hiring, according to a report from the Federal Reserve.

I don't even know what to say to this, especially the part about how she wishes Obama had done "public-works projects," which, oh my god, Peggy, did you know about this thing called "Congress," it's full of these people called "members of Congress" and they are actually the ones in charge of deciding whether and how much government money is spent on paying people to build public-works projects. Barack Obama has asked them a bunch of times to spend a bunch of money doing this, and they agreed to do it once, but then a bunch of Republicans showed up and said no thanks, over and over again. Instead of public-works projects, the Republicans (oh NB to Peggy Noonan you are a Republican) have suggested addressing unemployment by passing a balanced budget amendment.

Then it gets really dark:

Conservative media should stop taunting the president because he spent the past month warning of catastrophe if the sequester kicks in, and the catastrophe hasn't happened. It hasn't happened yet. He can make it happen. He runs the federal agencies. He can decide on a steady drip of catastrophe—food inspectors furloughed on the 15th, long lines at the airport on the 18th, sobbing children missing Head Start on the 20th, civilian contractors pointing to a rusting U.S.S. Truman on the 25th.

He can let them happen one after another, like little spring shoots of doom. And it probably won't look planned and coordinated, it will look spontaneous and inevitable.

And you have to assume that's the plan, because that's kind of how he rolls.

This is actually verging on Alex Jones-style paranoid craziness. "Barack Obama is exaggerating the severity of the sequestration cuts" is an argument that makes logical sense. "Barack Obama is not exaggerating the severity of them and he will in fact purposefully ensure that they are as draconian and destructive and unpopular as possible" makes no sense. I mean, why? Why would Barack Obama do that? "To make Republicans look bad" seems to be the answer, but like if they think that makes them look bad they could just vote to repeal the sequester? Instead Republicans (in case you missed it earlier, "Republicans" are members of a major American political party that includes Peggy Noonan among its longtime devotees) have proposed keeping the sequester but actually letting Barack Obama have control over when and how it cuts spending, which ... would allow him to actually do the thing Peggy Noonan says he is going to do. If he wanted to do that, which he wouldn't, because it makes no sense. He is not a Sim City mayor purposefully destroying his town with a giant lizard because it's funny.

Mr. Obama is making the same mistake he made four years ago. We are in a jobs crisis and he does not see it. He thinks he's in a wrestling match about taxing and spending, he thinks he's in a game with those dread Republicans. But the real question is whether the American people will be able to have jobs.

Once they do, so much will follow—deficits go down a little as fewer need help, revenues go up as more pay taxes. Confidence and trust in the future will grow. People will be happier.

So it turns out that the thesis here is "Washington is obsessed with the deficit debate but we need to focus on the jobs crisis," which is basically a Paul Krugman column, except the insane version where the reason we are having a tax showdown is because Barack Obama is obsessed with inflicting misery on Pittsburgh because he hates Republicans. Got it. Thanks, Peggy.