Disney to trot out "Star Wars" trio for sequel 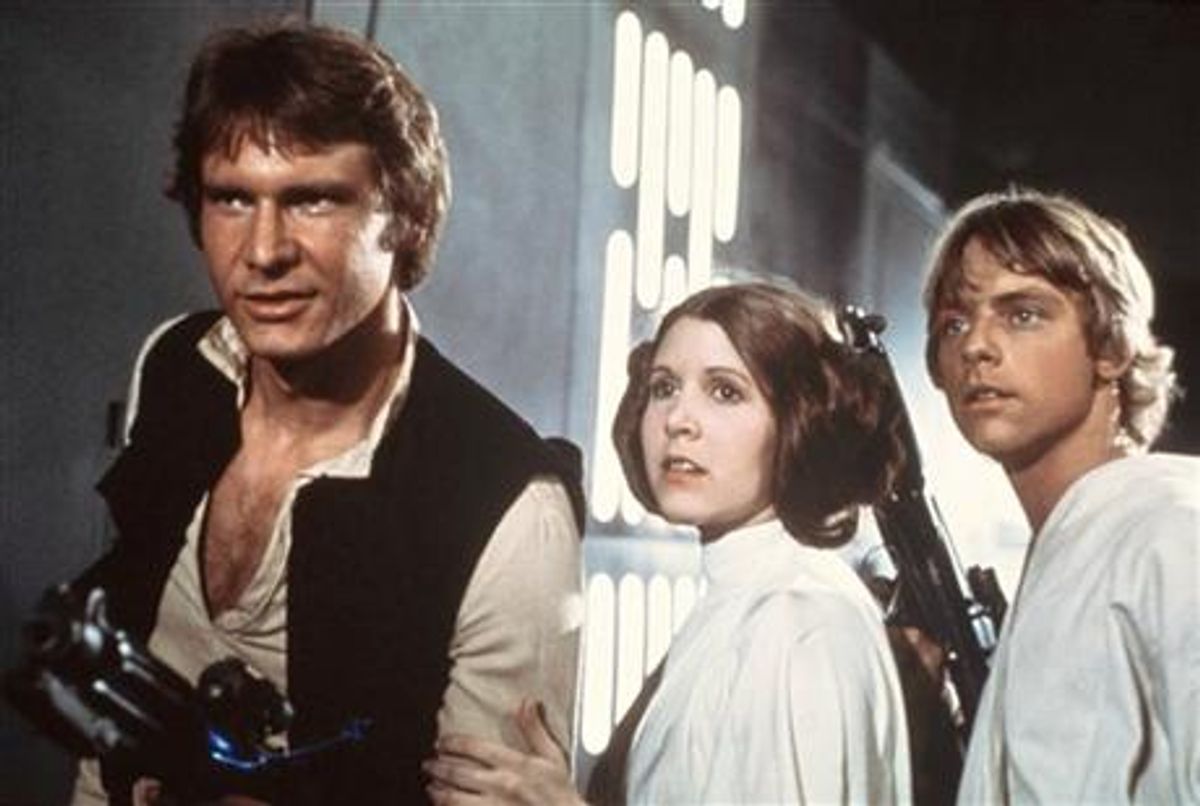 In an interview posted online Thursday, George Lucas said the trio from the original "Star Wars" trilogy will reprise their iconic roles of Hans Solo, Luke Skywalker and Princess Leia in the new "Star Wars" film.

Lucas told Bloomberg Businessweek that all three were signed for the new "Episode VII" film in advance of Lucasfilm's $4 billion purchase by Disney.

"We had already signed Mark and Carrie and Harrison — or were pretty much in the final stages of negotiation," Lucas said.

He added: "Maybe I'm not supposed to say that. I think they want to announce that with some big whoop-de-do."

In an interview posted Wednesday with Florida's Palm Beach Illustrated, Fisher said that she'll be coming back as Princess Leia.

Disney's Lucasfilm was coy in response. In a statement, a spokesperson for the company said, "George couldn't say whether they were signed or not and neither can we. As Yoda said, 'Always in motion is the future.' Stay tuned."