Why has Biebs been stripping and clubbing all over London? It's time to act out, says novelist Teddy Wayne 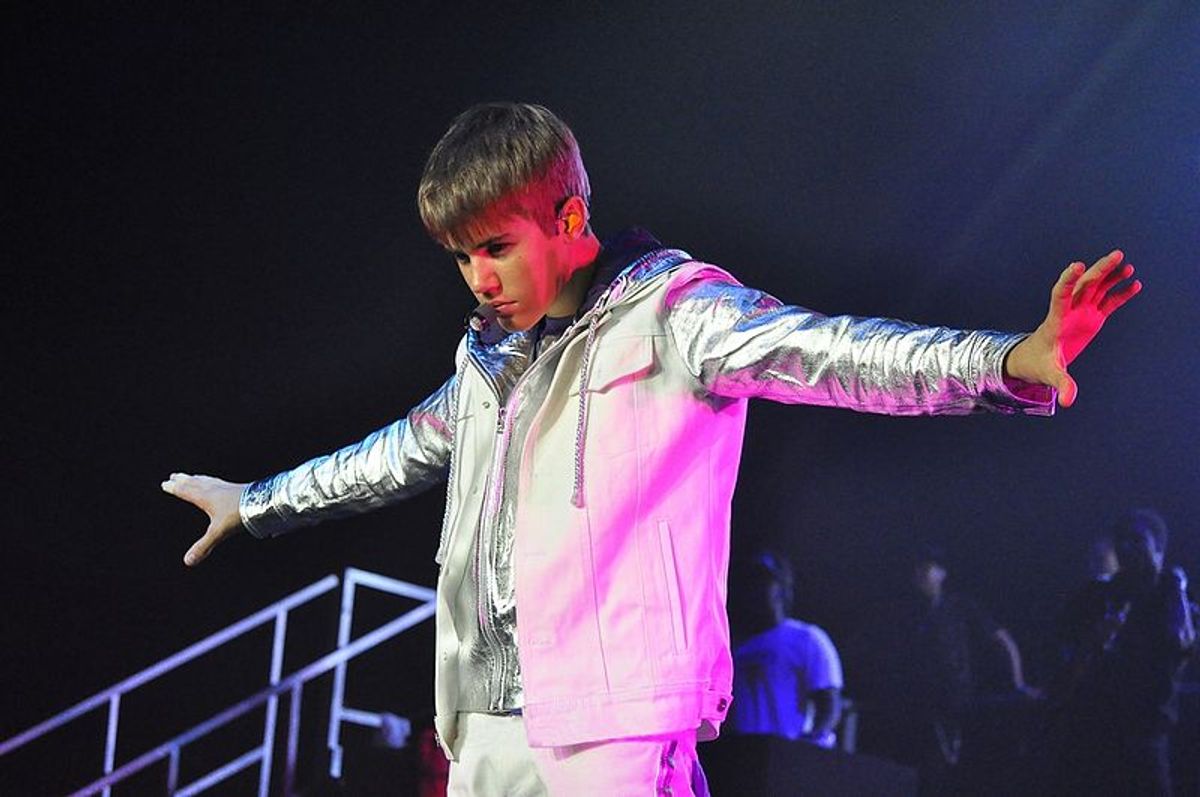 It's been a bad week for teen-pop singer Justin Bieber: he fainted at a concert in London, later tweeting a shirtless photo to prove he'd recuperated. This after he showed up two hours late to another concert, tried to bring a bunch of underage teens (including actor Jaden Smith, 14) to a nightclub, and wandered the streets of the British capital in a state of undress.

Teddy Wayne, whose novel The Love Song of Jonny Valentine came out in January, isn't surprised. Wayne's novel deals with a male pop star who's a bit younger than the 19-year-old Bieber, but who still finds his way to all-night clubs, prescription drugs, and disappointing his fans on a way-too-long tour. The book was written back when Bieber was the apple-cheeked nice boy of pop. He spoke to Salon.

It seems clear to me that Bieber must have read my book in galleys and is now re-enacting it.

Does your research for the book make it seem as though Bieber's bad week was bound to happen?

One of the important books I read is "The Cultural Significance of the Child Star," an academic text, by Jane O'Connor. Child stars: we sacralize them so much as these angels of innocence. At some point in childhood, they rebel against this, they flaunt their corruptness and sexuality. It sounds like he's doing both now. He's doing things like taking Jaden Smith to a nightclub. He's positioning himself as corruptor of another innocent.

How does his treatment at the hands of the tabloid press compare to how female stars get treated as they age? [Britney Spears and Miley Cyrus, for instance, have been pilloried through the years for their behavior, while Bieber ex Selena Gomez is about to release a new sexy, drug- and violence-filled thriller film, "Spring Breakers."]

Usually female stars are held to higher standards of purity. But Bieber is in trouble because his earlier image was so much like a 1950s crooner -- so palatable to all of America. Maybe an actor can get away with this, as long as they're not throwing phones at hotel employees. We all liked Robert Downey, Jr., even when his image was just scruffily giving us the finger. But there's a schadenfreude in seeing Bieber turn so toxic.

Is there anything Bieber can do to pull out of his image tailspin?

Well, if the worst of it was that he got busted allegedly smoking pot [in January] -- he hasn't done anything that bad yet. And I would guess that's not the first time Jaden Smith's been taken to a nightclub. He hasn't done anything too terrible yet, unless other drug allegations float his way. But child stars now can't go away the way they used to. You'd have to unfollow them to stop hearing about them. David Cassidy, for instance -- you just stopped hearing from him when the public lost interest. But Bieber can always control his image.

Will this help your book sales?

James Franco posted a photo of himself reading the book. If Bieber does that, then it'll be viral marketing.