Tina Fey curses out photographer when asked about Taylor Swift

It's time for us all to move on from the Taylor Swift-Tina Fey "feud." Fey definitely wants to. 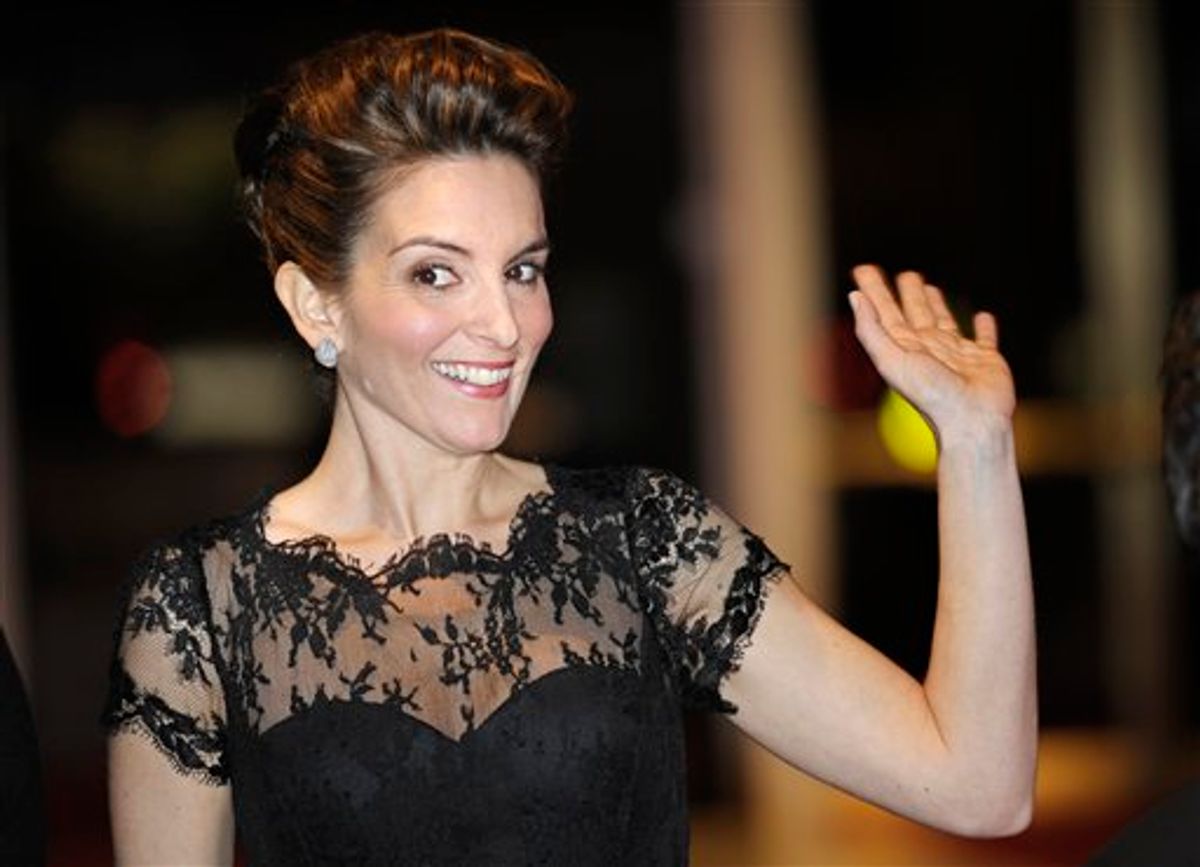 Tina Fey waves to fans as she arrives at the Kennedy Center where she was awarded the Mark Twain Prize for humor in Washington, Tuesday, Nov. 9, 2010. (AP Photo/Cliff Owen) (AP)
--

Tina Fey used an obscene term, twice, to a photographer who was pestering her on a New York street about her purported war of words with Taylor Swift.

After the comedian and co-host Amy Poehler joked about the country singer's dating history at the Golden Globes, Swift used a common quote in Vanity Fair: "There’s a special place in hell for women who don’t help other women."

When a member of paparazzi asked Fey, "Do you think Taylor Swift overreacted with the joke?," the "30 Rock" actress used a well-known obscene expression; she then laughed derisively and walked away, using the expression once more. Fey's frustration may stem in part from the fact that she has already responded, saying, "I did not see that one coming. It was a joke. It was a lighthearted joke. And it’s a shame that she didn’t take it in the crazy-aunt spirit in which it was intended." In the past week, the actress, who's gone from a low-rated but beloved NBC series to carrying romantic comedies like "Admission," also noted how horrified she was that photos of her swimming on vacation were captured by paparazzi."

"My nightmare came true and I was photographed in my bathing suit in Florida. Thankfully, I was mostly submerged," she said.