"How 3D printing changed my life"

The spirit of hacker cool is alive and well at SXSW: Just follow the trail of MakerBots 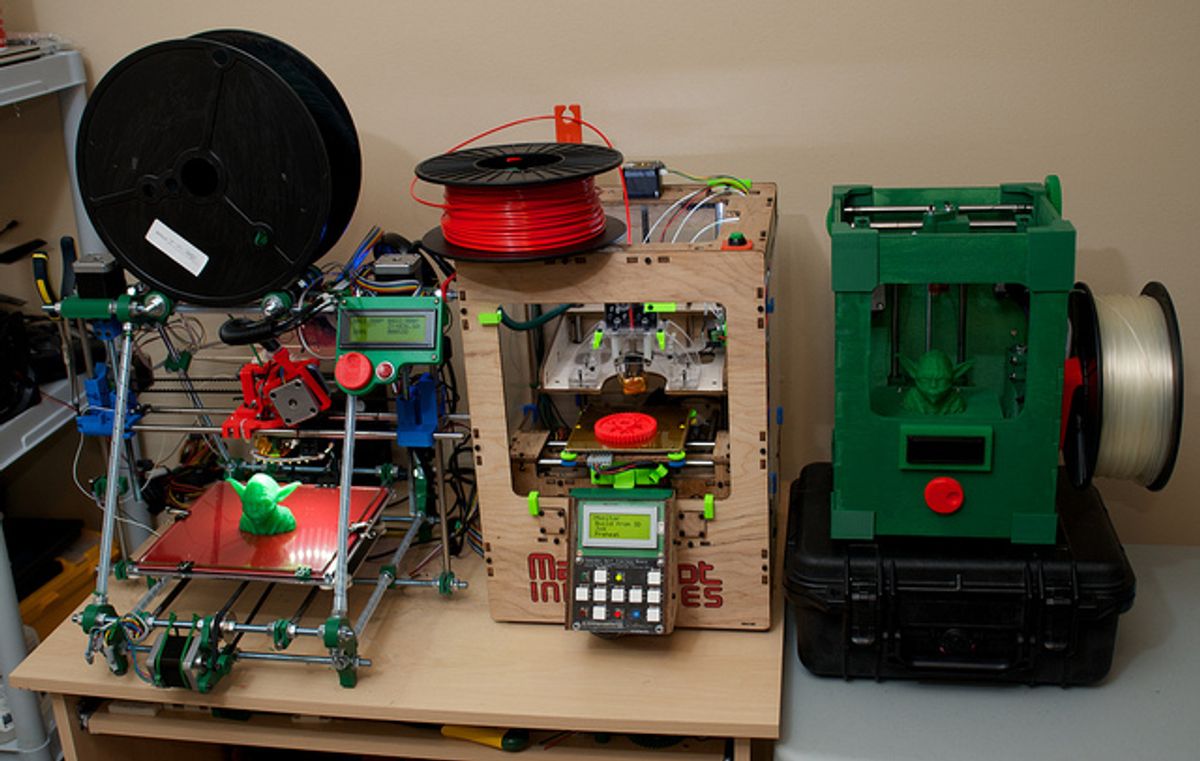 John Mackey, the founder of Whole Foods, was in one big exhibit room talking about conscious capitalism. Guy Kawasaki, legendary Silicon Valley marketing whiz, was in another huge space, talking about the future of Google Search with an esteemed Google Fellow. Half an hour before the sessions were due to start, long lines to get into both presentations stretched like lazy serpents throughout the cavernous Austin Convention Center.

I skipped them both, and I'm glad I did. My favorite session yet was a 15-minute-long mini-talk by a guy named John Biehler: "How 3D printing changed my life."

Biehler is a hobbyist. He didn't have a company to pitch or a world-changing ideology to share. He just wanted to tell his story, how he ordered a kit to build a MakerBot 3D printer a couple of years ago, and became completely obsessed with making stuff.

The room he spoke in was small but packed with attentive, appreciative listeners. If there's anything that can reasonably be discerned as a theme of SXSWi 2013, it's that hardware is the new software and making real things is the bees knees.

Biehler made a good case for himself as Vancouver's equivalent of a 3D Printer Johnny Appleseed. He assembled his MakerBot printer himself. He used it make about 60 percent of another 3D printer, supplemented with parts he ordered online. He started selling kits to assemble printers. He helped form a Vancouver 3D printing club. He was a major part of a 3D printing showcase at Vancouver's first Maker Faire.

There is both romance and a little bit of terror in the idea that all you need to make your own 3D printer is another 3D printer. It is the essence of a technology that has escaped control, of people taking creative manufacturing power into their own hands.

"I don't know how many children I have out there in the world," said Biehler.

"Yeah, but do you still have a girlfriend?" joked a member of the audience.

This was homebrew hacker enthusiasm in the flesh. This was a guy telling us how to get an XBOX Kinect off of Craigslist and use it as a 3D scanner to create designs that can be printed. He showed us a picture of a mutant, tripartite Lego piece, and said, "kids just get it. They can make toys with it -- GIVE IT TO ME NOW."

Kids aren't the only ones who get it. Biehler's audience was full of grownups, and I got the strong sense that every single one of them was lusting after his or her own 3D printer, and imagining their own kookily useful things to do with them. Biehler makes his own Christmas ornaments with his printer -- he showed us a snowflake made out of Darth Vader helmets and got a good laugh.

Do-it-yourself hardware hackers are the cresting wave of the Maker movement. They make everyone else look drab.