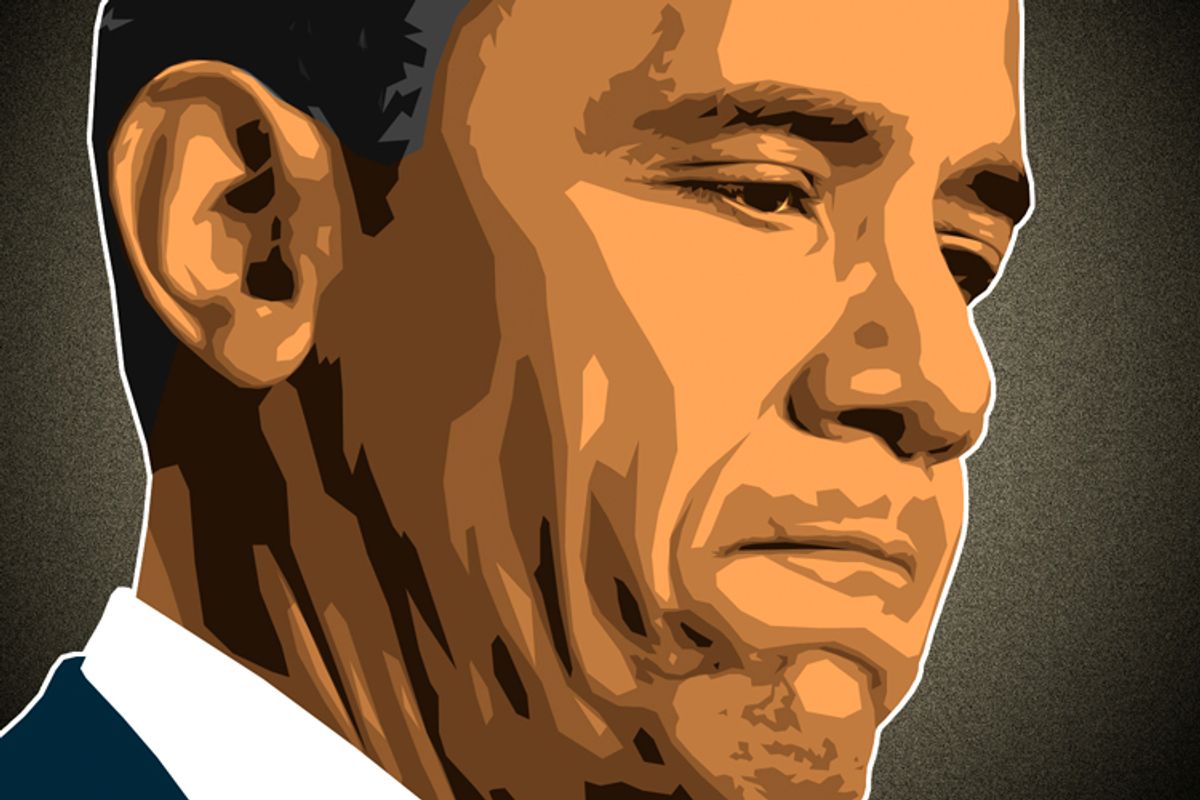 President Obama appeared as the entertainment at last night’s Gridiron Dinner.  The roaster-in-chief walks a fine line at these drunken Beltway confabs. Too often jokes in Washington are too inside baseball or not inside enough, viz. this groaner he launched from the podium:

As you know, I last attended the Gridiron dinner two years ago.  Back then, I addressed a number of topics — a dysfunctional Congress, a looming budget crisis, complaints that I don’t spend enough time with the press.  It’s funny, it seems like it was just yesterday. (Laughter.)

The transcript, when read sober, was hardly more inspiring. Parentheticals asserting laughter and applause appeared on the official White House transcript and could not be independently verified:

--I am worried about Al Franken though.  (Laughter.)  How do you start off being one of the original writers for Saturday Night Live and end up being the second-funniest Senator in Minnesota?  (Laughter and applause.)

--Of course, maintaining credibility in this cynical atmosphere is harder than ever — incredibly challenging.  My administration recently put out a photo of me skeet shooting and even that wasn’t enough for some people.  Next week, we’re releasing a photo of me clinging to religion.  (Laughter and applause.)

--I have to say, I don’t know what happened to Chuck in those hearings.  I know he worked hard, he studied his brief.  And I even lent him my presidential debate team to work with him.  (Laughter.)

-- Hillary is a tough act to follow.  But John Kerry is doing great so far.  He is doing everything he can to ensure continuity.  Frankly, though, I think it’s time for him to stop showing up at work in pantsuits.  (Laughter.)  It’s a disturbing image.  (Laughter.)  It really is.  (Laughter.)  I don’t know where he buys them.  He is a tall guy.  (Laughter.)

--But all these changes to my team are tough to handle, I’ve got to admit.  After nine years, I finally said goodbye to my chief speechwriter, Jon Favreau.  I watched him grow up.  He’s almost like a son to me, he’s been with me so long.  And I said to him when he first informed me of his decision, I said, “Favs, you can’t leave.”  And he answered with three simple words — “yes, I can.” (Laughter) Fortunately, he did not take the prompter on his way out. (Laughter.)  That would have been a problem.  (Laughter.)

Whether it’s Favreau’s absence or the conventions of these events, President Obama should be grateful he has a day job.