Appeal by photographer in gay bias case is heard 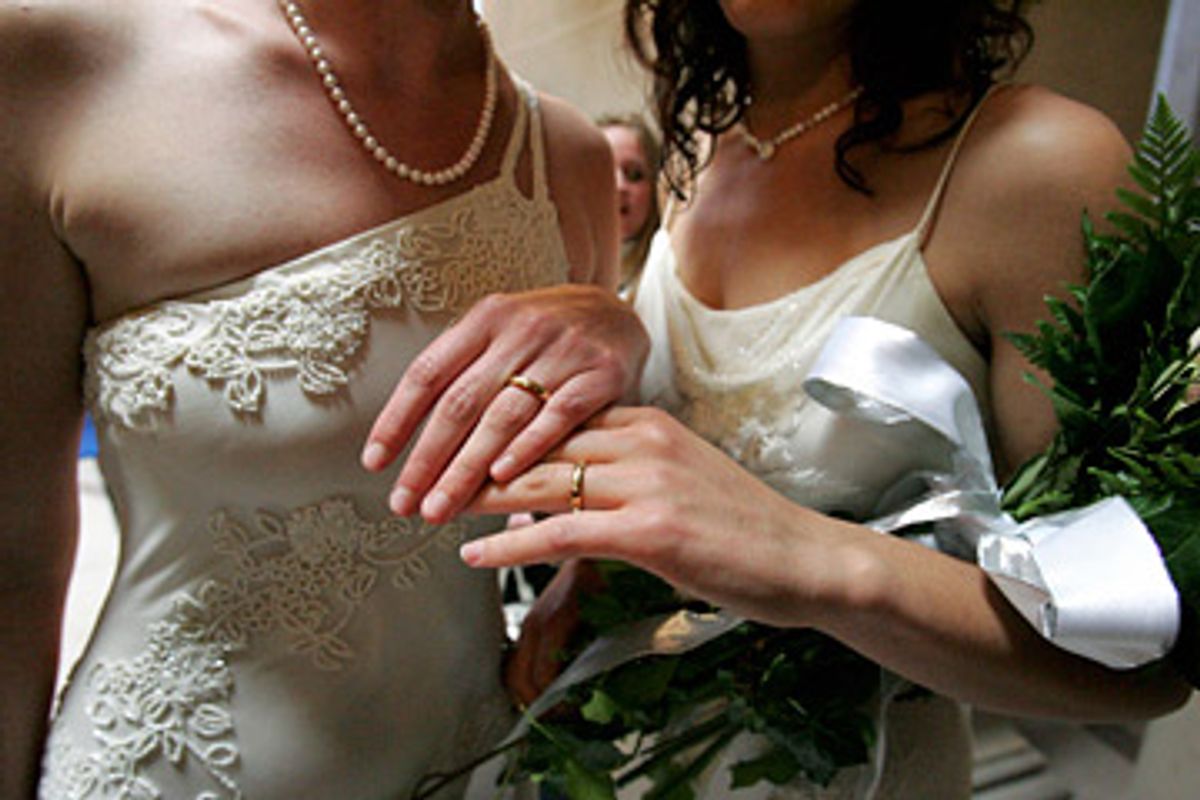 SANTA FE, N.M. (AP) — In a case that tests anti-discrimination protection for gays, a religious rights group told the New Mexico Supreme Court on Monday that a photographer who declined to shoot the commitment ceremony of a lesbian couple was exercising her rights to free speech and artistic freedom.

The First Amendment should exempt Elaine Huguenin and her Albuquerque business, Elane Photography, from state laws prohibiting discrimination based on sexual orientation, Jordan Lorence of the Alliance Defending Freedom told the high court.

He said gay marriage is against the photographer's religious beliefs, and she should not be required to promote a message that violates her conscience.

An attorney for the couple, however, argued that the business openly advertises its wedding photography services, and as a public business is required to follow the same anti-discrimination laws as any other company.

After the hearing, Lorence called it an unusual case that takes the gay marriage debate to a new level.

"Nationally, there is a lot of debate about should marriage be defined as between a man and a woman," he said. "One of the consequences is that it creates these rights of conscience cases."

In another case, Catholic Charities in Boston has declined to allow gay couples to adopt children, he said.

Lorence said the case involving Elaine Huguenin is one of the first in which free speech rights were used as a defense.

"The point we are trying to make is that even people who have views that are contrary should not be silenced by the government," he said.

Tobias Wolff, a University of Pennsylvania law professor representing the couple, said the only thing unusual about the case was the defense.

"The nature of the discrimination claim is very straightforward," he said after the hearing.

Questions from the Supreme Court justices during the hearing centered on how to differentiate between photography being a business or protected artistic expression.

"Are there no limits to this?" asked Justice Richard Bosson. "Can you force an African-American photographer to take photos of the Ku Klux Klan?"

Justice Charles Daniels noted the Klan is not a protected class. But he did say the questions in the case revolve around the rights of the couple and the photographer.

The case stems from Huguenin's refusal in 2006 to photograph a commitment ceremony between Vanessa Wilcock and another woman.

Wilcock found another photographer to shoot the ceremony but filed an anti-discrimination claim with the Human Rights Commission, which found Huguenin's studio violated state law and ordered her to pay nearly $7,000 in attorney fees.

A state district judge and the New Mexico Court of Appeals have upheld that ruling.

It was unclear when the New Mexico Supreme Court will issue a ruling.