The West Los Angeles storefront has kept the iconic design intact, calling itself "KFC" or "Kind For Cures" 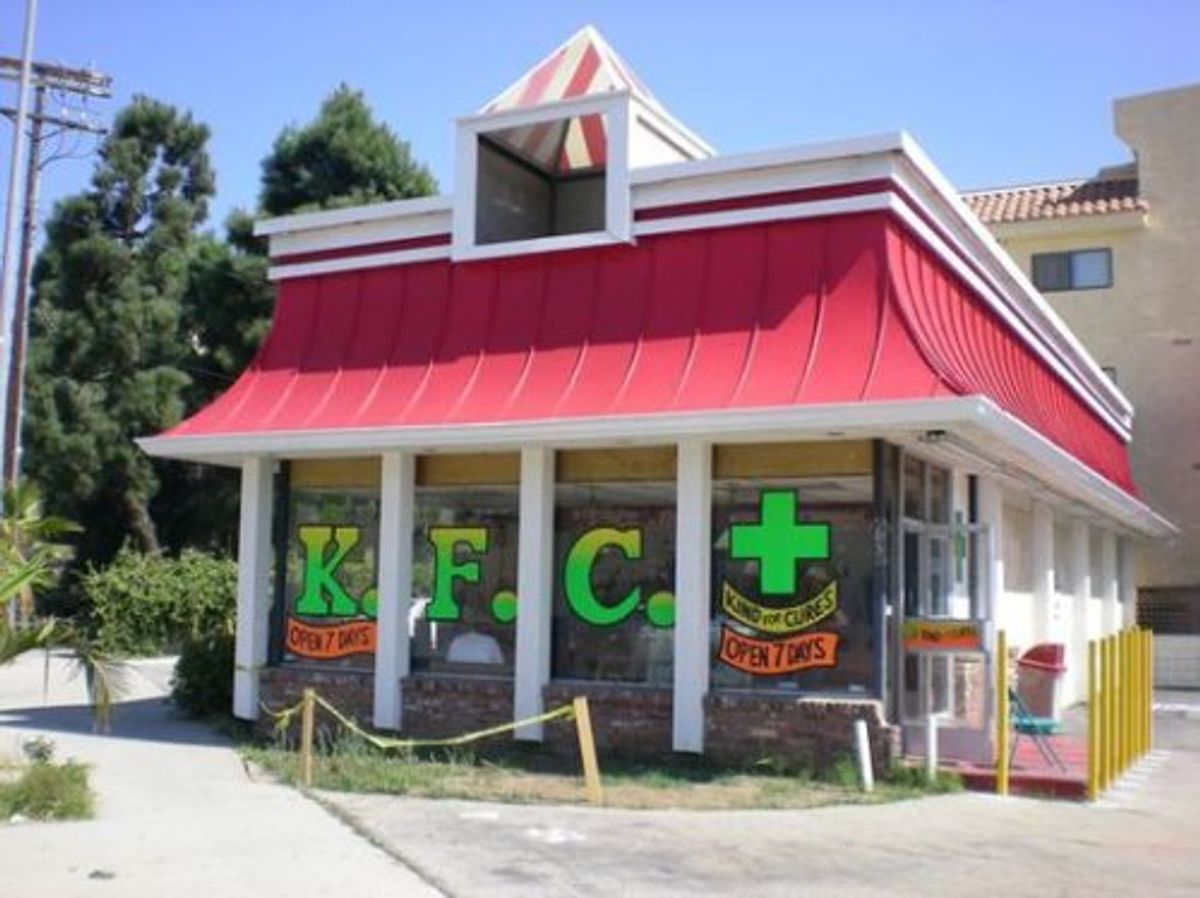 Kind For Cures is a medical marijuana dispensary in Southern California, which isn't exactly news in a state swimming with such establishments. But there is one thing that sets the business apart from its crop of competitors: They opened shop in a vacated Kentucky Fried Chicken storefront and kept the franchise's iconic design intact.

True to its predecessor, KFC also offers some edibles. You can order snacks like "Royal Highness" pretzels and a "Blackout" brownie, but it does seem like a missed opportunity to not put some kind of a THC spin on the chicken chain's chocolate chip cake.

And as Steven Heller writes for Print, the co-branding needn't end there. According to Heller:

"The packaging possibilities are infinite. Instead of the venerable Colonel Sanders, perhaps a Captain Cheech would suffice. Instead of 12g bags they could have 10 g, 30 1/8, 60 1/4 g buckets."