The man with the 3-D-printed gun 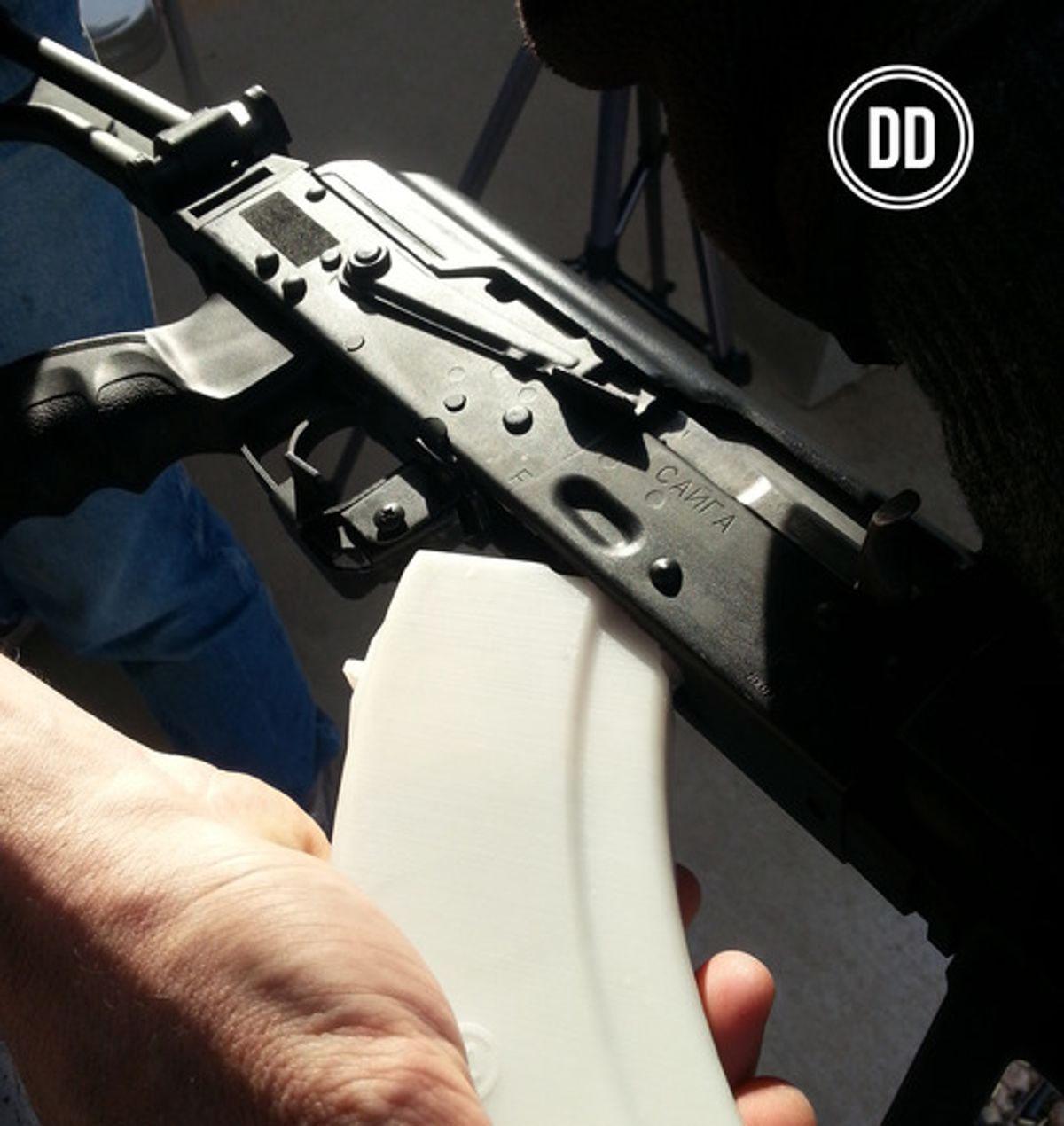 Before I saw Cody Wilson, the University of Texas law student who wants to give everyone in the world the power to 3-D-print their own AR-15 assault rifles, I had him pegged as no more than a run-of-the-mill Texas gun nut. I'd watched some of the videos he had produced to promote his efforts to 3-D-print high-capacity ammo magazines, and found his provocations mostly juvenile.

But when I saw that he was speaking at SXSW I knew I had to see him. As I've written before, open-source 3-D gun printing is where the values of the information-sharing Maker community smack head on into the life-or-death political realities of gun control. When music became software, copying music became effectively impossible to stop. The same principle will hold true when guns become software.

In Austin, where hacker libertarian values flourish under the Texas sun, I figured Wilson's talk would be a hit that I couldn't miss. My first surprise: The huge Grand Ballroom on the sixth floor of the Hilton was only about one-third full. This might have had something to do with the inexplicable decision of the SXSW organizers to have Wilson speak at the same time as a panel on "The Future of 3D Printing." But the real surprise came later.

Cody Wilson is the real deal. He is formidable.

As Wilson described the difficulties he has encountered in his attempt to enact his 3-D gun printing dream -- his estrangement from the Maker community, the decision by a printer manufacturer to cancel his license to lease a high-end machine, boatloads of negative press -- he occasionally let slip hints demonstrating a deep and wide reading in philosophy. (His online bio describes him as " a student of Bastiat, Hoppe, and Anthony de Jasay, and in all things works toward realizing a private law society.")

His libertarianism is bedrock; his distrust of authority and power, fundamental. His goals are not trivial; he's not printing guns because he likes guns, but because he sees the technology as a practical step toward the enactment of something as close to real anarchy as society can get and still function.

He intends to be fully law-abiding, he said, as he pursues his project, but that doesn't mean he accepts, on any kind of intellectual or philosophical level, the right of the government to make those laws. The nature of power, he said several times, is to abuse power.

During a brief Q&A period, one questioner, evidently worried that a government crackdown on 3-D gun printing would end up constraining the entire 3-D printing sector, asked Wilson whether there was a point where he would be willing to compromise his goals, to abide by some line agreed to by him and the government that would "protect the 3-D industry."

Wilson had already made clear that he believed any kind of "social contract" between a government and its citizens to be a complete "fiction." So it wasn't a surprise that he rejected the questioner's premise.

"My reading of Foucault and Kafka," said Wilson, "is that to accept that kind of relationship with government is to invite the final judgment."

Wilson's goal is to make the political issue of gun control moot by sharing the code from which working weapons can be 3-D-printed so widely that erasing the data from our digital infrastructure will be effectively impossible. Judging by the way he expressed his convictions Monday evening, he will pursue that goal unless or until he is stopped, in some final way, by government. He's not juvenile at all. He's actually quite fascinating.