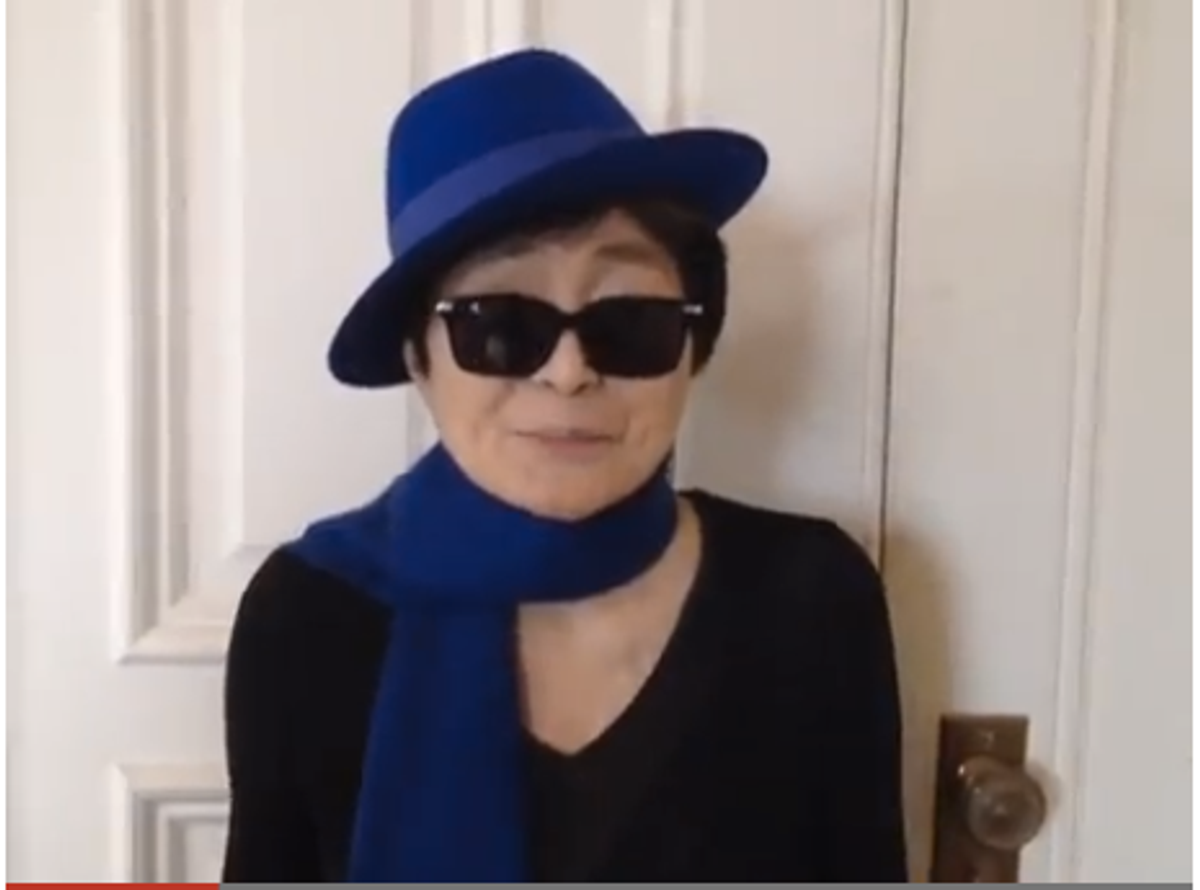 The tune -- a light riff on "The Times They Are a-Changin'" called "Don't Frack My Mother" -- is a direct appeal to New York Gov. Andrew Cuomo while his administration continues to weigh whether to allow fracking in the state. The song is a little like the "We Are the World" of natural gas extraction, but catchier and less self-serious.

The celebrity crooners implore Cuomo "don't frack my mother, 'cause I ain't got no other" while Ono, in her particular, wonderful brand of shout-song adds, "Don't frack me!" (Related: She is wearing sunglasses, signature fedora and scarf while singing in front of a random white door. Classic Yoko.)

Also look out for musician, comedian and Renaissance Man about town Reggie Watts as an evil-seeming pro-fracking maybe vampire businessman? There is a funny voice involved.

It's weird, it's earnest and it will probably be stuck in your head for the rest of the day.

Those Satan-worshiping hippies Louisiana is trying to warn you about would be proud.