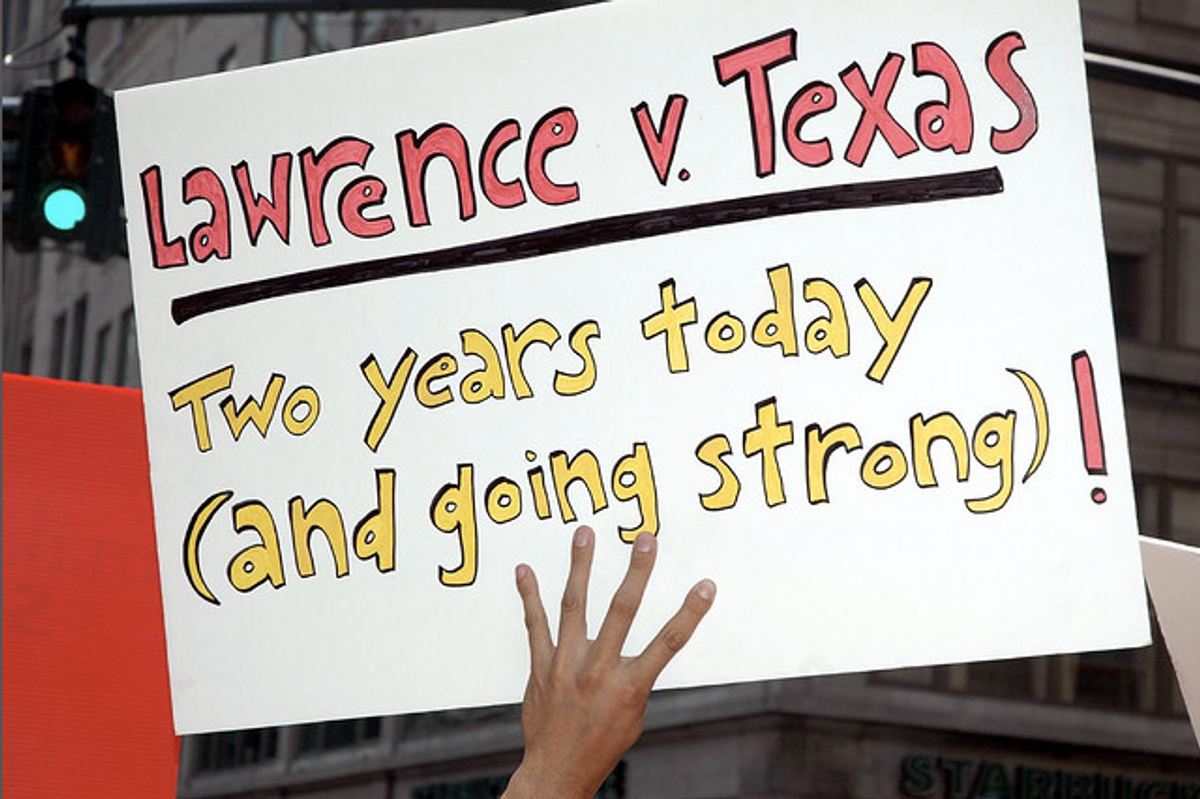 A federal appeals court struck down Virginia's anti-sodomy law on Tuesday, a decade after the U.S. Supreme Court banned laws prohibiting sex between consenting adults. Judges from the U.S. Court of Appeals for the 4th Circuit in Richmond held that the state's "crimes against nature" law was unconstitutional in light of the high court's 2003 ruling in Lawrence v. Texas.

The Virginia decision is a clear civil rights win -- such laws often target gays and lesbians -- but has semi-unsavory origins. The appeal originated in a 2005 case in which a 47-year-old man was convicted of soliciting a 17-year-old girl for sex. The girl refused and reported the incident to police, resulting in a "crimes against nature" charge.

As reported by the Richmond Times Dispatch:

MacDonald appealed his convictions to the Virginia Court of Appeals arguing that Virginia’s anti-sodomy provision was invalid so far as it relates to consensual sodomy between unrelated people who have reached the age of consent.

The state appeals court, however, turned him down and noted that MacDonald had convictions for violating Virginia’s anti-sodomy provision — twice each with two young women who were 16 and 17 years old...

MacDonald appealed to U.S. District Court where, among other things, the judge ruled that because Virginia had properly treated the 17-year-olds as children, the anti-sodomy provision was constitutional as it applied to him... The majority opinion in the 4th Circuit on Tuesday held that the Virginia law is invalid and, therefore, cannot serve as the predicate felony for the criminal solicitation charge for which MacDonald was convicted. The panel reversed the lower court judge.

Glenberg said Virginia can and should punish adults who have sexual relations with minors, but the state cannot use an unconstitutional law to do so.

The court noted that Virginia law currently prohibits adults from soliciting sodomy from anyone under age 15, and if the state should amend that law to extend to older minors, they are "entitled to do so."