It's good to be the pope

Palatial digs, adoring crowds and sensual acrobatics on demand -- proof there ain't no party like a Holy See party 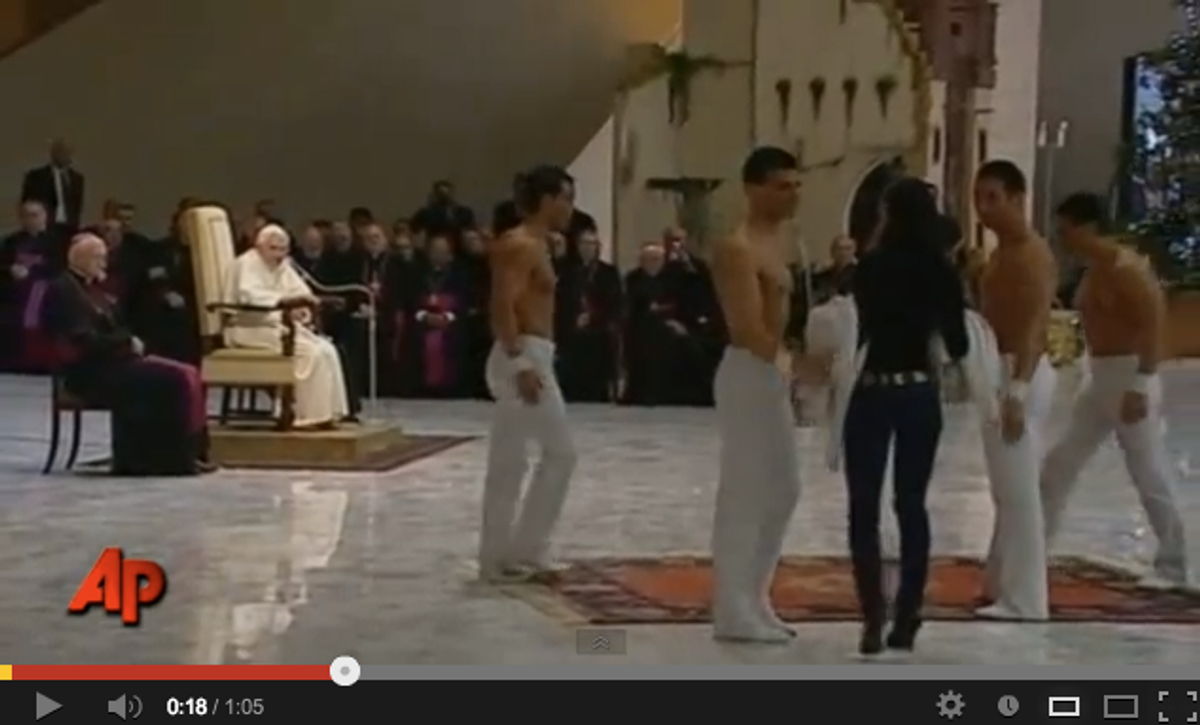 On Wednesday, a conclave of 115 cardinals elected Pope Francis (formerly Cardinal Jorge Bergoglio of Argentina) as the new spiritual leader for the world's 1.2 billion Catholics.

And being the pope definitely has its perks. In addition to inheriting a 10-room apartment on the top floor of the Apostolic Palace, the pontiff has just scored a palatial summer pad in Castel Gandolfo. His wardrobe is custom made, and those iconic ruby red slippers are tailored to his exact specifications. He'll travel the world, and be received by adoring crowds who will scream his name. With 24 hour security detail, his safety is guaranteed. (Most of the time, anyway.)

And besides the Vatican's personal (and vast) art collection, the new pontiff will be treated to cultural performances that the rest of us can only dream of. Like these sensual acrobatics performed for the Pope Emeritus back in 2010.

It was raining men, so to speak. (Hallelujah.)