Valerie Harper discusses her terminal prognosis with the media, confronting with bravery "the pain ahead" 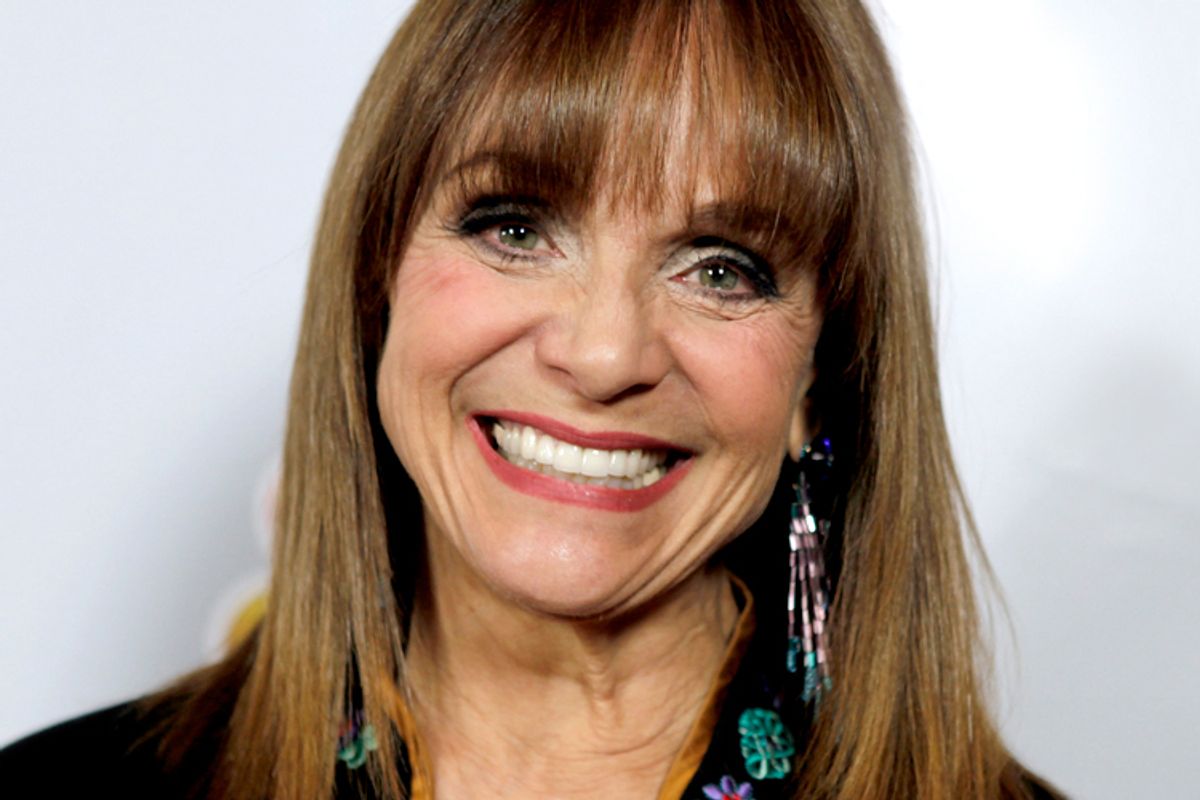 You know what you do when you find out you're likely going to die soon? You keep on living.

Since actress Valerie Harper went public with her terminal brain cancer diagnosis last week, she's presented a remarkably upbeat – and distinctively clear-eyed – example of how to face the inevitable with moxie and grace. The 73-year-old "Mary Tyler Moore Show" and "Rhoda" star says her doctors have given her as little as three months to live, but that "I don't think of dying. I think of being here now."

It's a valuable perspective, one that seems to fly in the face of our perception of the end of life as being one long slog through Tragedy Town. As Harper, who learned of her diagnosis in January, explained this week on "Good Morning America," "Let’s discuss it because we are all terminal. We really are. We have a lot of fear around death and I thought maybe I can help somebody … I want people to be less scared."

Ours is a death-denying culture. We burn through our financial resources and emotional energy on extraordinary, unnatural measures to prolong life when life is clearly insisting it's time to wrap it up. We turn away from grief – our own and that of the people we know -- as if it's shameful or embarrassing. That's why Harper's plain-spoken resolve has been so newsworthy. There's been no vow to fight this thing and beat it, and there's also been no tearful gloom either. And somehow, just being normal about dying makes her response incredibly unusual.

When I was diagnosed with metastatic, Stage 4 cancer in 2011 – a condition with a notoriously low survival rate -- my entire relationship with the future shifted. Imagining my young children's college graduations and wedding days would move me to tears. Putting down a deposit for a months-away summer cottage became an act of faith and a potential waste of money. And every twinge of pain or discomfort felt like an ominous portent. Yet getting dinner on the table was still a daily obligation. Seeing friends, doing work -- all these things continued to hum reassuringly along.

I very fortunately recovered from my illness a few months later,  but I learned a lot in those touch-and-go days, a lot that I will carry with me until the unavoidable moment I again face the tangible prospect of my demise. I learned that life doesn't suspend itself to go on Deathwatch, and it's a good thing too. All of our days are limited, and so while it's nice to plan for future ones, it's more important to be present and grateful within the ones we're having right now.

On an appearance on "Piers Morgan" Tuesday, Harper admitted that "there may be pain ahead," and that "a lot can happen if the cancer starts getting really aggressive, pressing on parts of the brain and causing me to lose either my speech or my ability to think." But she also said, "Keep your chin up and don't go to the funeral, mine or yours or your loved ones, until the day of the funeral because then you miss the life that you have left." And she spoke through a big smile as she acknowledged that right now, "I'm just doing one foot in front of the other ... Death is out there for all of us … I have had a magnificent run … I really look at my life as blessed."

There may well be moments of sadness and stark fear in what's left of Harper's life now, times when that determined strength cracks under the reality of what's ahead. Yet being able to see what she has had, and what she continues to have, are her clear priority. It takes work and conscious choice to do that, but the payoff is as plain as the joy on Harper's face. It's hard to face our own mortality, hard to acknowledge it in a world where we've given so few tools for acceptance. And that's too bad, because there's so much beauty in the finite. There's so much to appreciate when you remember what a sweet, brief gift each day is. It's not maudlin. It's amazing. And as Harper says, "I really think if we had less fear and resistance, life would be happier."