The producer of the first two movies is unfazed by poor box office showings, and hopes for a summer 2014 release 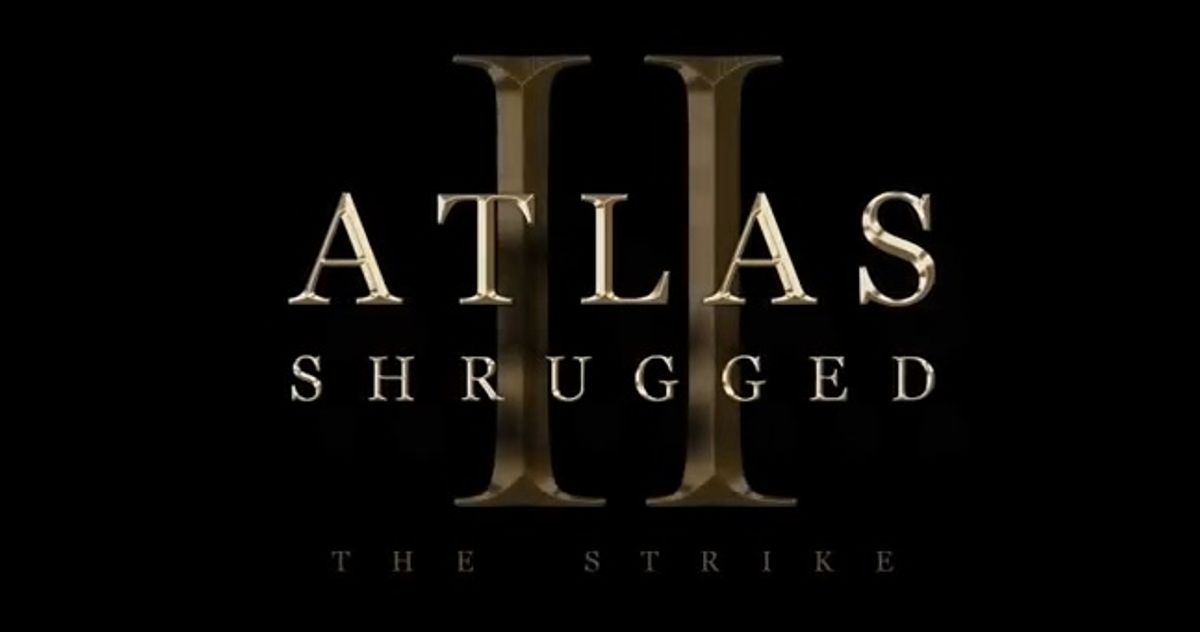 If you missed the first two big screen adaptations of Ayn Rand's "Atlas Shrugged" (which judging from their box office performances, you did), have no fear: You still have part three to look forward to in 2014.

John Aglialoro, the producer of the series, says he hopes to have the third installment ready for a release in the summer of 2014, Politico reports, adding that he is looking to make this version “something closer to the book." The second movie, Aglialoro says, was rushed so that it would be ready by October 2012, before Election Day.

"I wanted to get some things in that Ayn Rand said of her characters,” Aglialoro said. “I want to take the time so that the screenplay can say things, so that it’s a conversation.”

Despite the bump from conservatives, though, Part One only took in $4.6 million at the box office, and scored an 11 percent on Rotten Tomatoes. The second film, armed with a totally different cast, did even worse, taking in just $3.3 million and scoring a 5 percent rating on Rotten Tomatoes.

Aglialoro was unfazed.“We’re not going to get critics coming on board,” he told Politico. “The academic-media complex out there doesn’t want to like the work, doesn’t want to understand it, fears the lack of government in their lives, wants the presence of government taking care of us. … The MSNBC crowd doesn’t like us.”

Watch the very melodramatic preview for the second movie: