"Veronica Mars" fans invest in a movie that Warner Bros. stands to profit from — and that's just fine 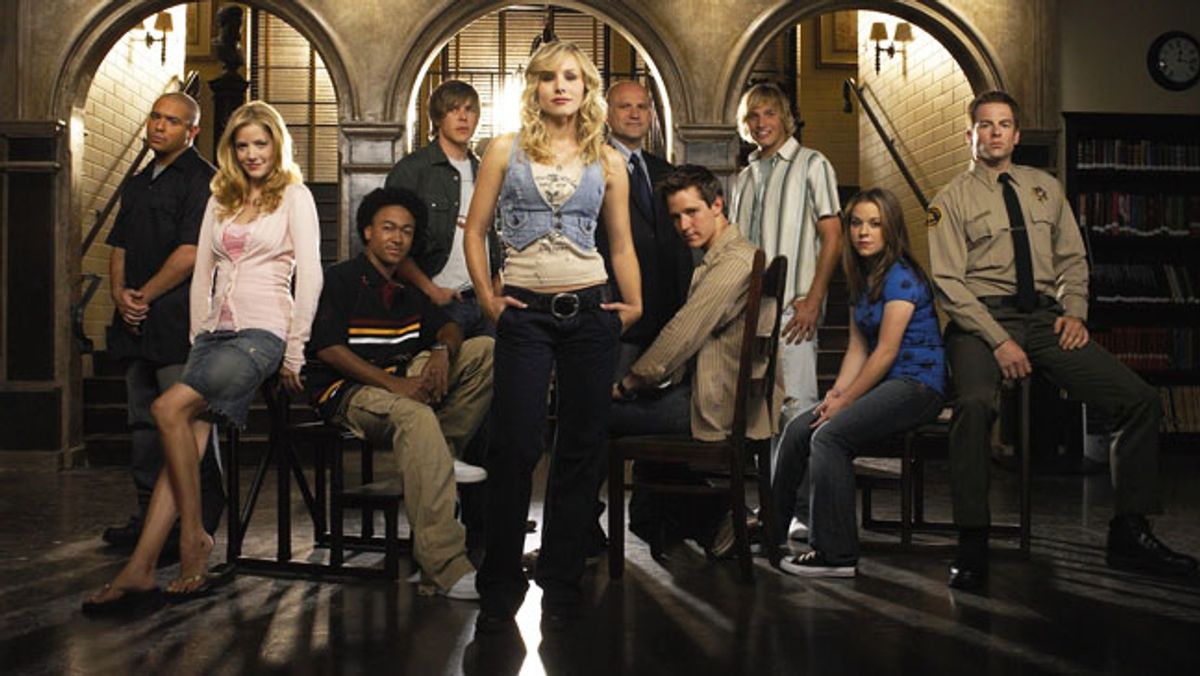 As this speedy fundraising suggests, the news about the movie was greeted with a massive “Yesssssss!” from all over the Internet — as well as some criticism. Thomas needed and got Warner Bros.’ permission to put the project on Kickstarter. When it succeeds, it will mean that some 30,000 or so regular people opened their wallets and handed an enormous, rich media conglomerate some cash. Fans will invest, but Warner Bros. will make all the profits. “So is the next Kickstarter campaign going to be funding the salaries of Warner Bros. executives? Come on, people,” the Hollywood Reporter's TV critic Tim Goodman remarked. "Is Warner Bros., a huge conglomerate, not just outsourcing its fund-raising to proletariat? Who gets profits? Not us,” Chadwick Maitlin tweeted.

As NPR critic Linda Holmes put it to me on Twitter, the risk and reward seem reversed here, with all the risk — i.e., the initial investment — falling on the little people, and all the reward going to the man. But the reality is that mass culture consumers — movie attendees, DVD purchasers, music buyers — regularly give money to companies like Warner Bros. And it is that money with which they take “their” risks. Yes, Warner Bros. typically fronts the money for a movie and then it succeeds or fails at the box office on the strength of our wallets, but that money — the money from our wallets — is part of what goes into their next movie. So, sure, Warner Bros. paid for “Rock of Ages” and it was a flop, but some of the money that went into “Rock of Ages” came from the insane success of, say, “The Lord of the Rings” movies. We’ve been funding Warner Bros.' projects without getting a payout long before “Veronica Mars." At least I want to see a “Veronica Mars” movie — I can’t say the same about the next “Hobbit.”

There is something crass about a multibillion-dollar company refusing to put up $2 million to make something great — but penny pinching on a cool project that doesn’t seem likely to make much money is what huge companies do. It's even what they are built to do. (And to be clear, Warner Bros. has shied away from making a "Veronica Mars" film because it doesn't think there's a big enough audience for it. Even if 100,000 people donate to the "Veronica Mars" Kickstarter, that calculation is probably correct.) This kind of craven calculating happens all the time; it’s just usually better hidden, more socially acceptable, and not shoving the complex, tawdry compromises that are always taking place between mass art and commerce in our faces.

I understand feeling uncomfortable that what seems like an independent, DIY project is also a capitalist exercise that, if successful, will line the coffers of a seriously not DIY business. But this is uncomfortable irrespective of "Veronica Mars." (Whether Kickstarter should be in the business of helping big business is a whole other question.) Welcome to 21st century America, where chances are always good that you're paying a huge corporation for something you want. Or, even more uncomfortably, using your native enthusiasms — as expressed in your tweets, Facebook likes, interest in casting tidbits and trailers and posters and interviews — to inadvertently shill for that huge corporation.

In this case, paying the man may result in a “Veronica Mars” movie that would not otherwise exist. If this Kickstarter project succeeds it will be a model for huge corporations and creators to continue making shows based not on the size of the audience, but on the passion of that audience — and, absolutely, how much that passion drives pocketbooks.