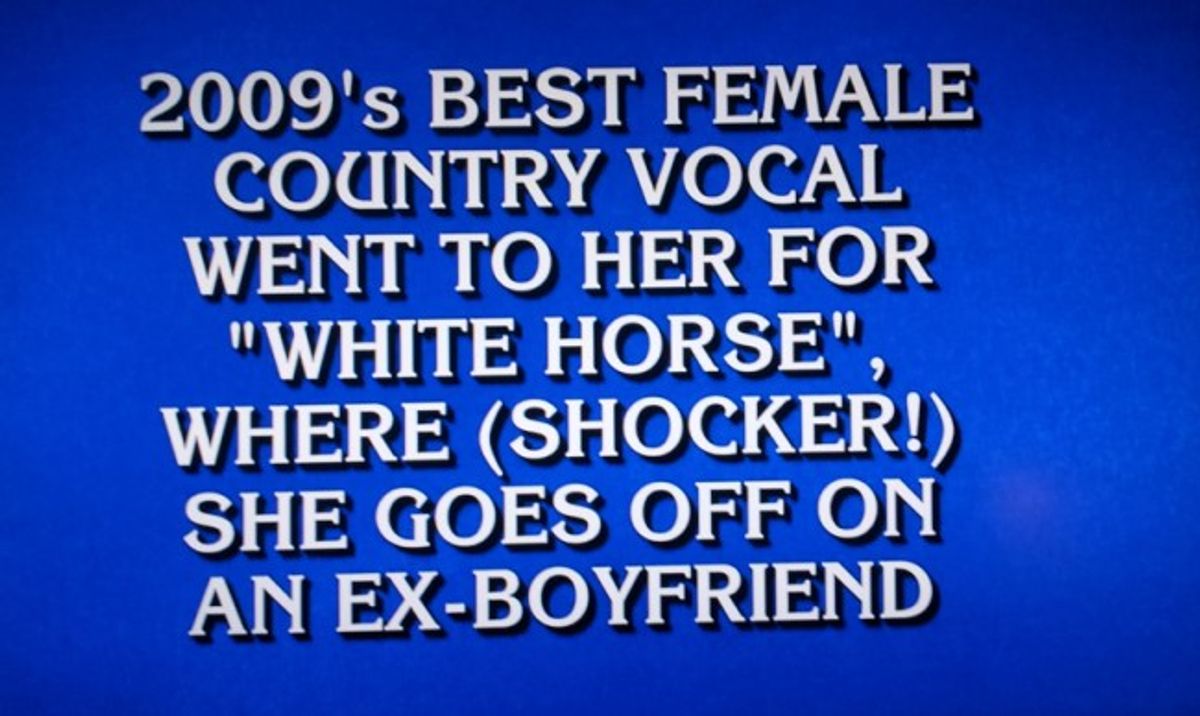 Taylor Swift made some enemies last week when she attacked Golden Globe hosts Tina Fey and Amy Poehler, implying that they'd "burn in hell" for taking a shot at the actress and her tendency to use failed relationships into confessional, tell-all songs.

As the Internet chastised Swift for not being able to take a joke, and she seemed more fragile when she admitted in a InStyle U.K. interview that  she's afraid of  "being awful and intolerable. Alone. Laying in a marble bathtub by myself, like sad, with a glass of wine just complaining that my life ended up alone because I pushed everyone away because I thought I was too good to hang out with anybody."

But any sympathy extended towards Swift was short-lived when it was discovered that she her much-adorned fan mail is in a Nashville dumpster; now the punchline that is Swift's love life is too good for even the characteristically dry game show Jeopardy to pass up.