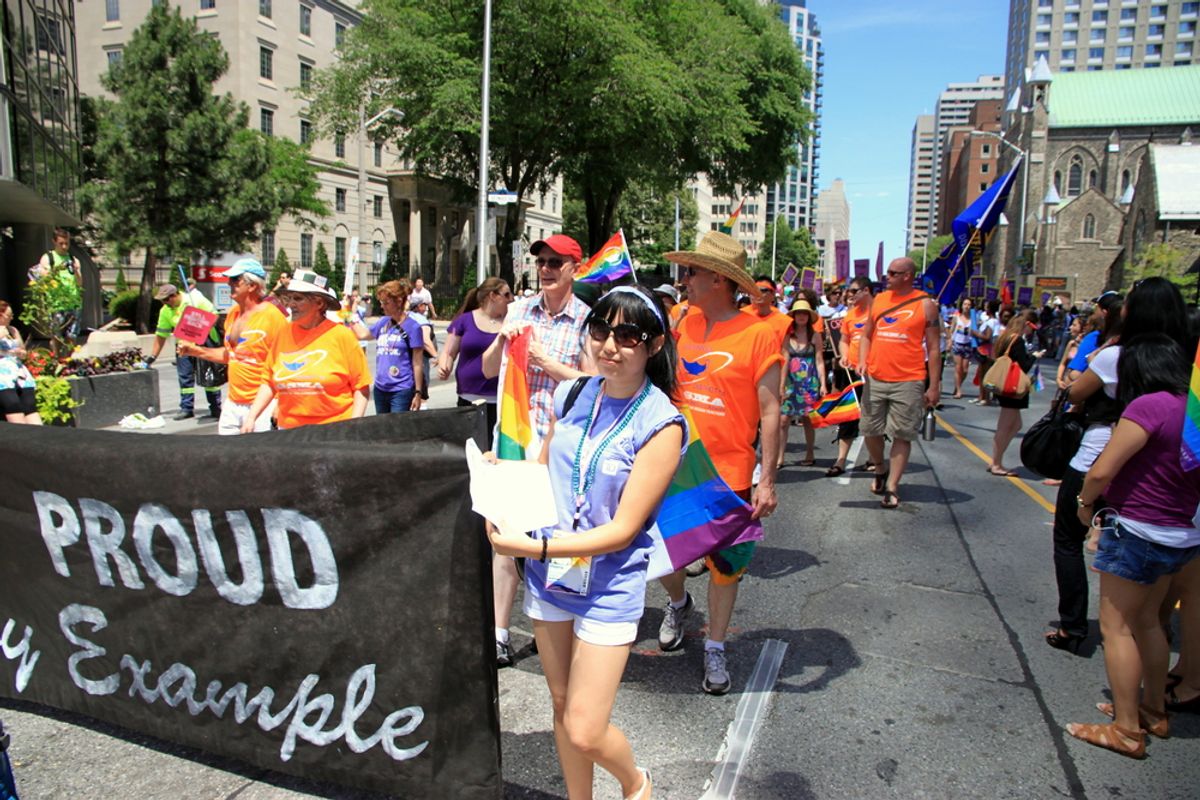 A bill being considered in the Tennessee state Legislature would allow graduate-student counselors to deny services to gay, lesbian and transgender students on religious grounds. The measure would also block a university's discretionary power to discipline student-therapists for failing to meet curriculum and program requirements.

Under the proposed legislation, a therapist would have to prove that the “goals, outcomes or behaviors" of the client "conflict with a sincerely held religious belief" to refuse them counseling.

As reported by the Tennessean, the measure was "inspired" by the case of a Christian student in Michigan who was expelled from her graduate program after refusing to counsel gay clients and clients who had premarital sex. Julea Ward then sued Eastern Michigan University for expelling her and received a $75,000 settlement. (Who knew being a bigot could help you pay down some of that student debt?)

The measure was drafted by David Fowler of the Family Action Council of Tennessee, and was introduced to the House by state Rep. John J. DeBerry Jr., D-Memphis. DeBerry was also a vocal supporter of the state's equally odious "Don't Say Gay" bill, which would prohibit teachers from acknowledging that gay people exist and encourage school administrators to out students they suspect of being gay.

The combination of these bills could have devastating consequences for the mental health and physical safety of lesbian, gay and transgender young people across the state.

It's saddening and, frankly, baffling to even have to write this again, but study after study shows that growing up in a homophobic household or in a bigoted community hurts the mental and emotional health as well as the physical safety of young gays and lesbians. According to the Centers for Disease Control and Prevention, LGBT young people face a dramatically increased risk for suicidal thoughts and behaviors, suicide attempts, and suicide. The Centers' survey of high school students found that lesbian, gay and bisexual youth were more than twice as likely to have attempted suicide as their straight peers.

Yet another survey from the Centers found that gay teens were more likely to be bullied -- and to abuse substances as a means of coping with the homophobic harassment so many have to deal with on a daily basis.

Now, Tennessee lawmakers want to cut off a mental health lifeline to many of these same teens, and it's absolutely shameful.

When asked if the bill he introduced would harm gay patients, DeBerry was nonplussed, telling the Huffington Post, "I’m not on a white charger, tilting at windmills. No bill will fix all of the problems. I'm not privy to what they think."