Tensions with NYPD after teen shooting flare for third night 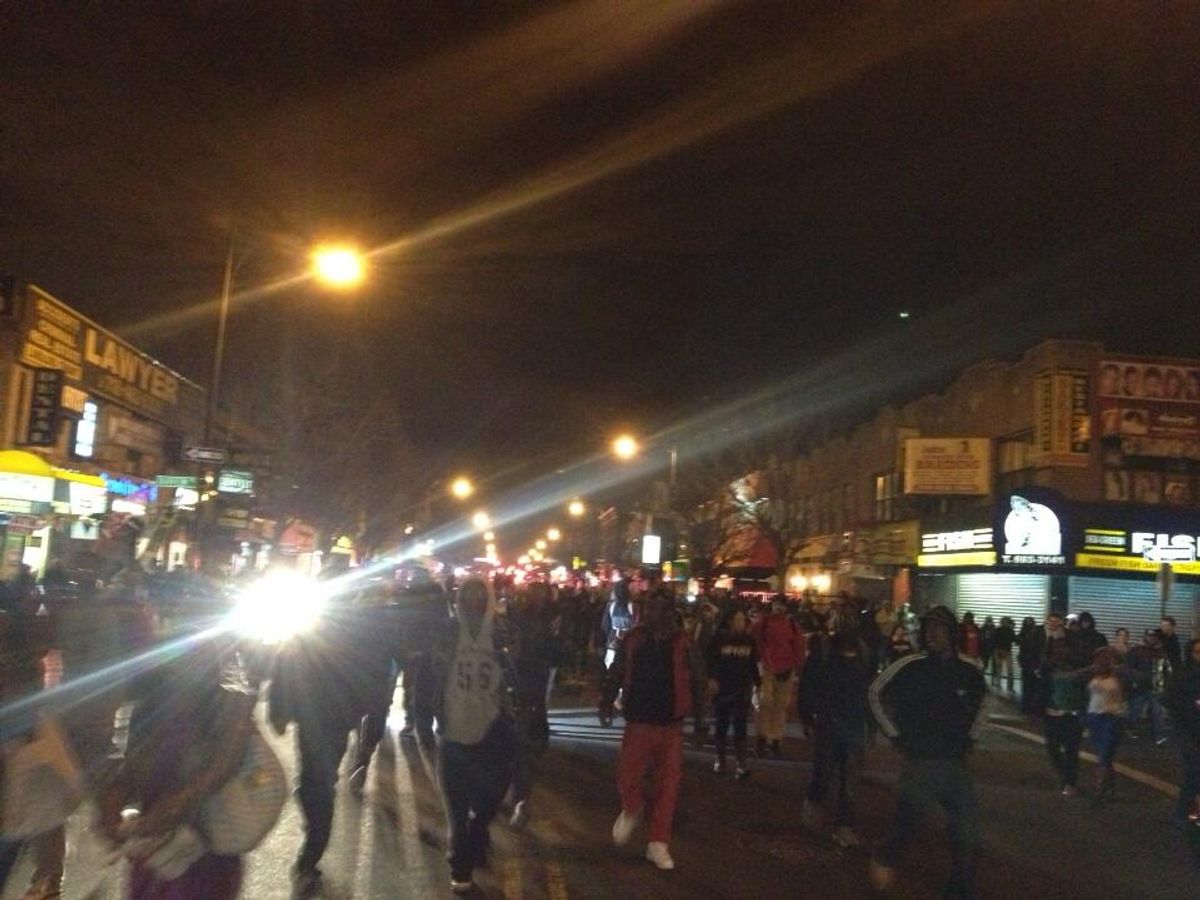 For the third night in a row, Brooklyn's East Flatbush was under police lockdown as a crowd nearing 100 took to the streets expressing anger at the NYPD over the fatal shooting of 16-year-old Kimani Gray last weekend. As John Knefel, who was covering the scene for Gothamist Wednesday night, noted "Though the 16-year-old's death was the most obvious catalyst the night's protest, it was clear that frustration with the NYPD extended beyond this one case, as demonstrators taunted cops all night with chants of 'Don't Shoot Me!'"

According to the New York Post, 50 people were arrested Wednesday night -- including Gray's sister. Knefel noted a "particularly tense stand-off between a female demonstrator and a male police officer," which, he reported, "began with the cop telling her to get on the sidewalk, and her responding, "Or what, you'll shoot me?" The officer, whose helmet had the number 7987 on it, said, 'No, but I'll slap you.'"

According to the medical examiner's reports on Gray's body, the teen had bullet wounds on both the front and the back of his body. While police accounts report that Gray pulled a gun on two undercover officers before they opened fire, the one civilian witness to come forward told the Daily News that she is "certain" that Gray was not holding a gun. The teen's death has seen long-festering resentment at the NYPD's treatment of young black men manifest, with protest numbers boosted by numbers from around the city heading to East Flatbush nightly to express anger at the police.