Even gay-friendly parents still assume their kids are straight

Why, in this day and age, do we still fantasize about opposite-sex prom dates and weddings for our children? 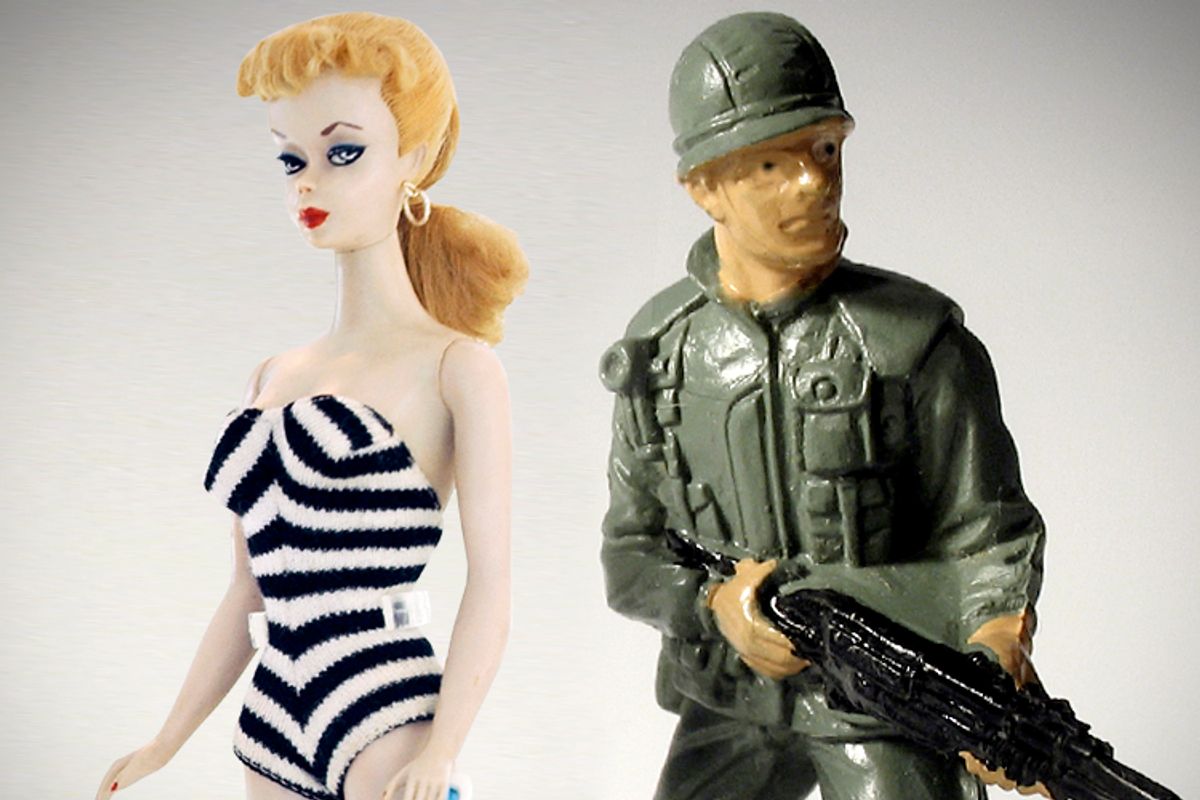 It started before our children were even born. My college roommate and I were pregnant with our first children at the same time -- down to the exact due date – and when we learned that I was having a girl and she was having a boy, we immediately began imagining our offspring's future together. No matter what else happened in their lives, at least the issue of a prom date, we both fancifully agreed, was settled.

Our children are both 13 now. They live in different towns and move about in different circles, and they will, when the time comes, pick their own damn prom dates. And though it should have been obvious back then -- especially for a gay-friendly, big city mom whose children would grow up going to pride parades with their lesbian aunts -- not every boy is going to go to the dance with a girl. Not every little princess dreams of marrying a prince. I had been talking about my children's world as a strictly heterosexual place while they were still in the womb, even though I knew it wasn't. But I'm trying to do better now.

I know I'm not alone in this struggle. Not long ago, I talked to a gay parent who admitted joking about his preschool daughter's "little boyfriend" -- a term he knows he'd never apply to her female playmates. And when my sexuality educator friend Joey Brenneman ran a workshop at our school, it didn't take long for her to point out how effortlessly – and exclusively -- the parents gathered had spoken of their children's future opposite sex partners.

I spoke to Brenneman recently about why we parents need to get out of the straightness rut when we talk to and play with our children, and why it matters, for all our kids. She told me, "You send clear messages not just by what you're saying, but by what you're not saying. Assuming that everyone is hetero does not leave space in the world for the people who are not. A kid who is growing up gay is constantly hearing, 'You don’t exist,' and 'That is not the norm.' You're limiting who this person is."

Changing how we talk to our kids doesn’t have to be a complicated, serious affair -- the sort of thing my seventh grader eye-rollingly refers to as "Mom's little pep talks." Brenneman notes, "It starts with noticing how heterosexist we are. I mean, mainstream media is all about girls and boys having crushes on each other. We're so programmed, so early on. You can just say to your child, 'Is there anybody you like?' and that’s broader than boy or girl." And, she says, we need to make space for what our kids are saying to us. She recalls another mom who was "horrified" when a group of young children playing together wound up with a Ken doll in a dress. "We think we're so open, and we don’t even realize we're still sending messages that certain things are not safe," she says. "And shame puts people at risk to be hurt. That's why sometimes you have to be the person who adds the awareness. It's OK to ask, 'So what happens when you put a dress on a boy?'"

Since that long-ago conversation with my friend, parenting has gone from a fuzzy concept to real, day-to-day life involving not just my children but our neighbors and classmates. And though my daughters still strongly identify as hetero, their lives are bigger and broader than the ones they see portrayed in Disney movies. Even at their still-young ages, their friends are gay and straight and trans and questioning, because that's what real life looks like. As Brenneman says, even if our own kids wind up being straight, they're not living in an exclusively straight world. "Kids are growing up in a much more fluid society. They're saying, 'I like who I like.' So you want to create an influence on how they treat other people. You don’t want them to assume that everyone around them is straight." It's important, because "That attitude transcends to all kinds of people. It's about how we make space for all kinds of differences. And inclusiveness," Brenneman says, "isn't just for sexuality."