In house visits from Justin Bieber? Free Pilates? How would Karl Marx explain this madness? 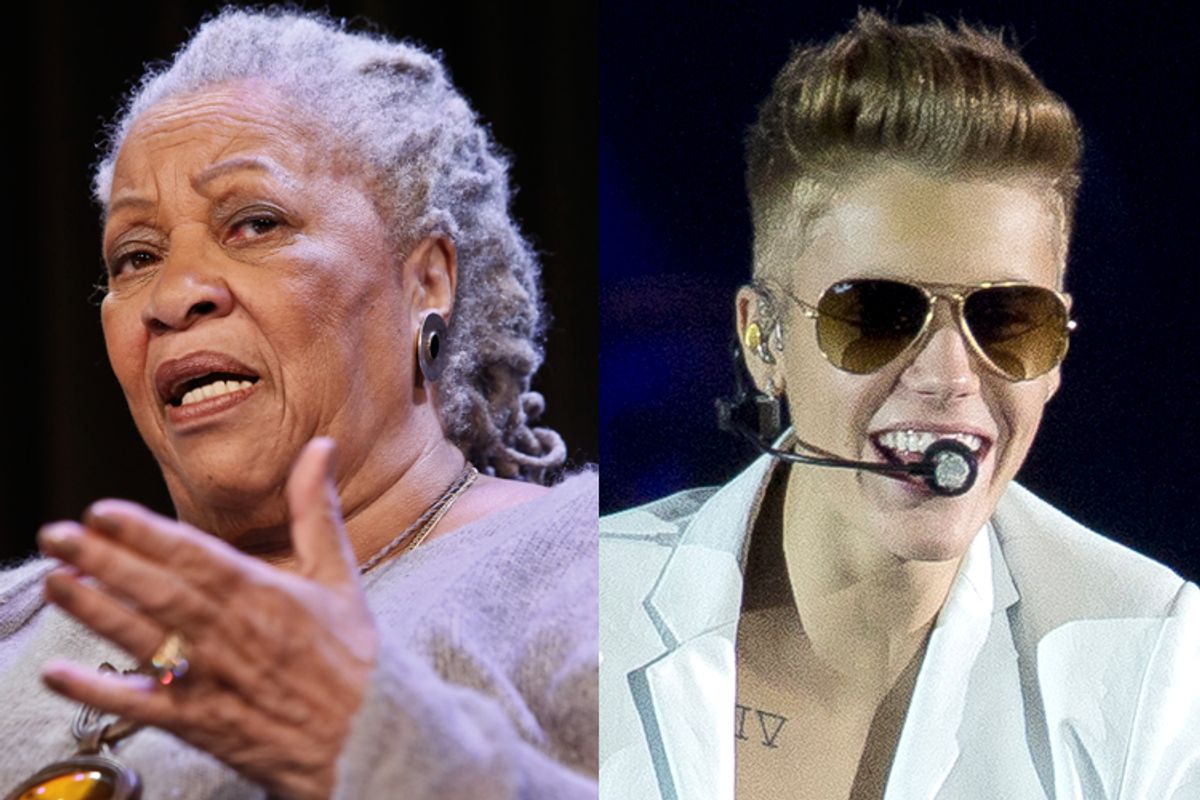 I have been to Google's headquarters in California, so the notion that the New York offices boast incredible employee perks does not surprise me.

And the perks, she added, are “amazing.” In the course of our brief conversation, she mentioned subsidized massages (with massage rooms on nearly every floor); free once-a-week eyebrow shaping; free yoga and Pilates classes; a course she took called “Unwind: the art and science of stress management”; a course in advanced negotiation taught by a Wharton professor; a health consultation and follow-up with a personal health counselor; an author series and an appearance by the novelist Toni Morrison; and a live interview of Justin Bieber by Jimmy Fallon in the Google office.

In what universe do Toni Morrison and Justin Bieber get name-checked in the same sentence? And is that really a perk? What happens when you try to concentrate on "Beloved" but the lyrics of Bieber's "Baby" keep running through your head? Seems to me productivity would fall, directly.

But the New York Times also quotes Craig Nevill-Manning, Google’s engineering director in New York, as saying that all the perks are well worth it because software engineers “are incredibly productive on a square foot basis. Their value is enormous. It doesn’t cost that much to make them happy.”

The square-foot productivity metric is a new one for me. I'd hate to think of what mine might be, compared to a Google software developer. Then again, I don't get much in the way of special perks when working at home, outside of the perfectly cooked baked potato for lunch and totally free parking in my driveway.

I am happy for the Google employees who have such a great working environment. But every time I read one of these stories, it only serves to emphasize how screwed up the working conditions are for most of the rest of the world. If one of the most profitable companies on the planet thinks it's worth coddling its employees, what's wrong with everyone else? Hasn't the free market spoken? Let us have free Pilates, or fear our revolutionary wrath!