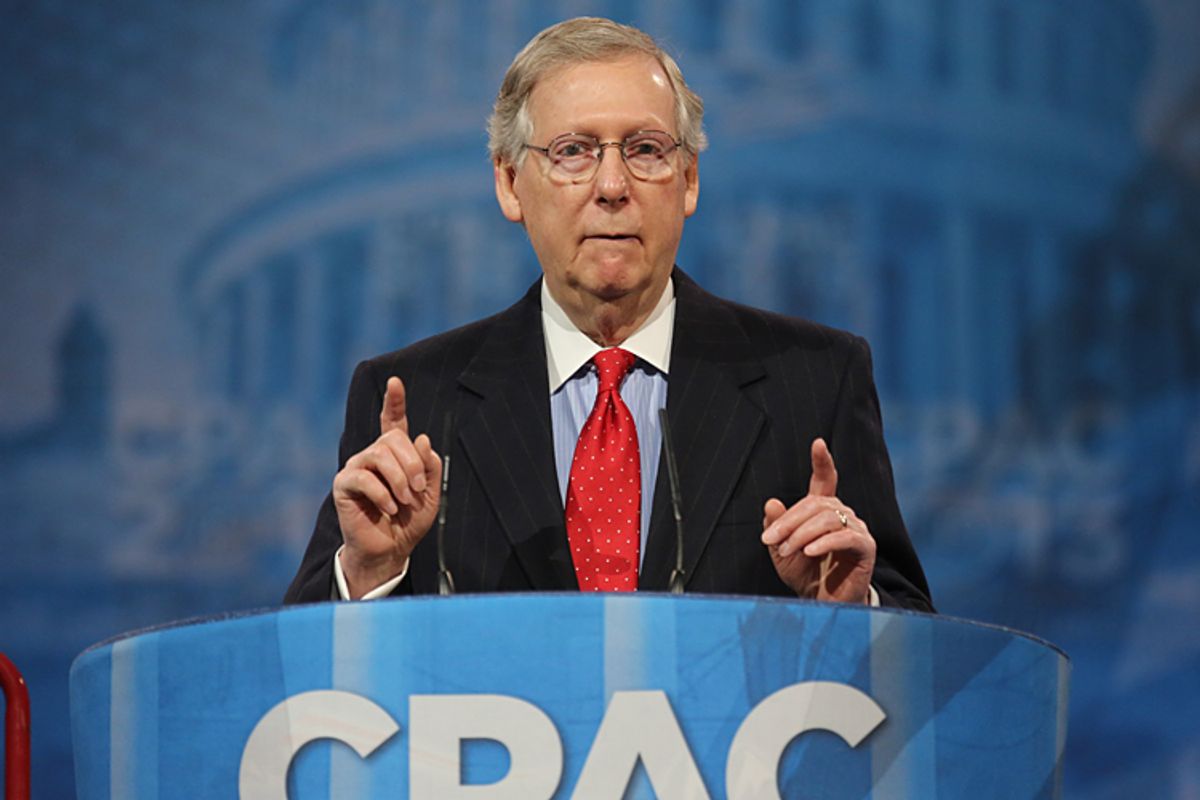 Update - March 15, 1:46 p.m.: The DSCC responded to McConnell's speech in a statement by spokesman Matt Canter: “Even many conservative Republicans acknowledge that Mitch McConnell is a huge part of the problem in Washington. Republicans, Democrats and Independents agree that Mitch McConnell cares more about playing politics than any principles - conservative or otherwise," he said.

Showcasing a tall stack of papers that he said was the text of the Affordable Care Act, Senate Majority Leader Mitch McConnell, R-Ky., told CPAC that "Obamacare should be repealed root and branch."

He noted in the course of his speech that the Affordable Care Act only passed by one vote, with all Senate Republicans voting against it. "We'll fight [Obamacare] and every other assault on liberty that the left throws at us, and restore the American ideal," he said.

McConnell also criticized the media for covering internal Republican squabbles, saying, "they love it when we take shots at each other. It gets more coverage than a D.C. snowstorm. But unity is strength." He added: "We need all the constitutional conservatives we can get to fight the left."