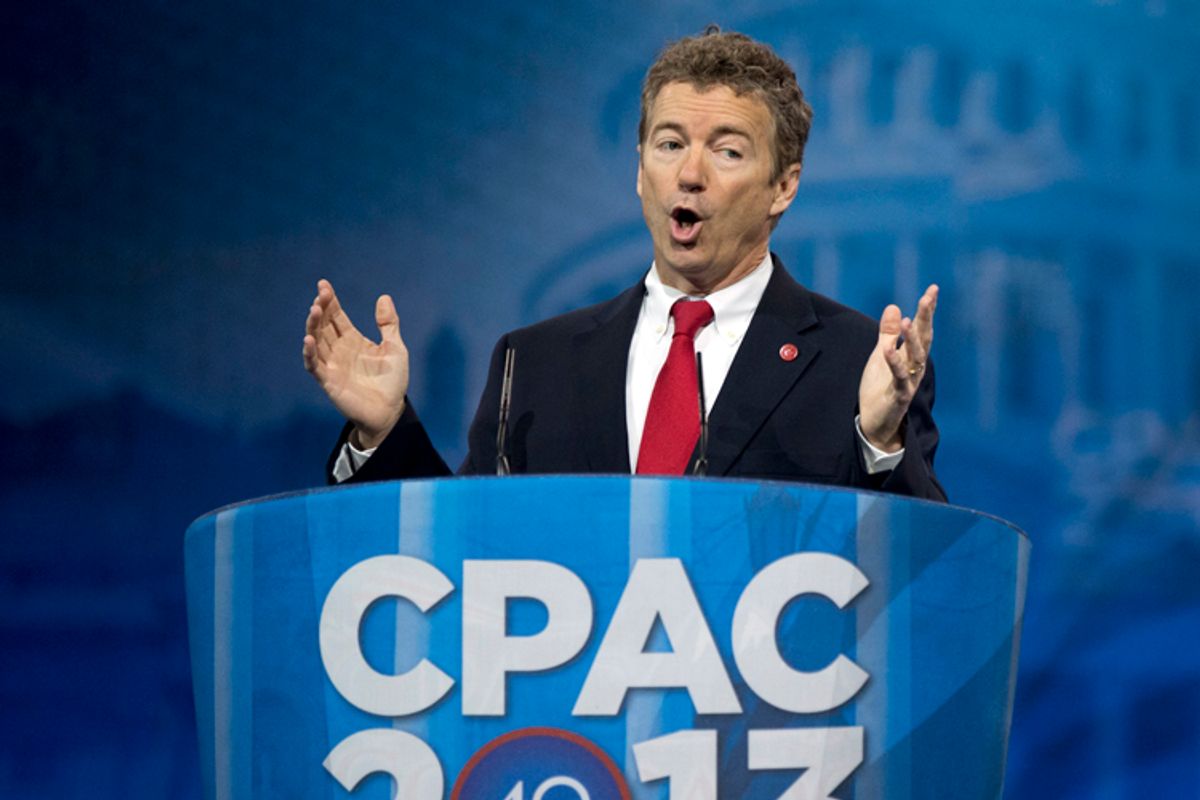 After Paul (25 percent) and Rubio (23 percent), came Rick Santorum (8 percent), Chris Christie (7 percent), Paul Ryan (6 percent) and Scott Walker (5 percent). After that, a surprise: Ben Carson, the black neurosurgeon who is a rising star in the conservative movement and spoke earlier today at the conference. Carson tied Ted Cruz for 4 percent, and they were in turn followed by Bobby Jindal and Sarah Palin, who tied with 3 percent each.

There were 23 candidates listed on the survey, and 44 more who were written in. Dwight Eisenhower, Richard Nixon, Allen West and Fox News Judge Andrew Napolitano each won some votes, but none got over 1 percent. Jeb Bush withdrew his name from consideration.

Rand Paul gave a very strong speech here Thursday, but he did not do as well as his father did when he won the straw poll in 2011. That year, Paul won 30 percent of the vote, beating his son by 5 percentage points.

The results aren't too surprising, considering that the crowd was overwhelmingly young (many college conservative groups organize annual trips to CPAC). There was also a large gender gap: 66 percent of respondents were male while just 34 percent were female.