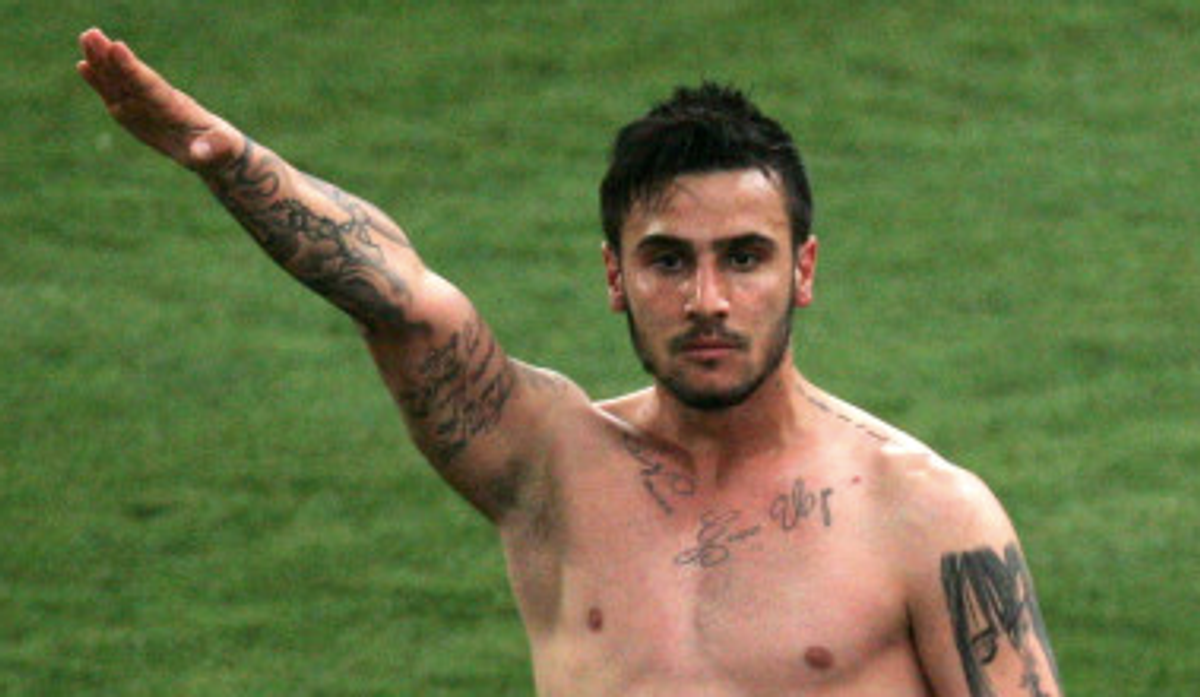 ATHENS, Greece — Greek soccer player Giorgos Katidis has been banned from his national team for life after giving a Nazi salute while celebrating a goal in the topflight league.

Greece's soccer federation said Sunday in a statement that the AEK Athens midfielder's gesture "is a deep insult to all victims of Nazi brutality."

The 20-year-old Katidis gave a Nazi salute after scoring the go-ahead goal Saturday in AEK's 2-1 victory over Veria in the Greek league. He pleaded ignorance of the meaning of his gesture – right arm extended and hand straightened. He claimed on his Twitter account that he detests fascism.

AEK and the Greek league are considering separate sanctions. AEK fans have demanded Katidis' dismissal from the team.

Katidis has played for Greek national junior teams but not the senior side.