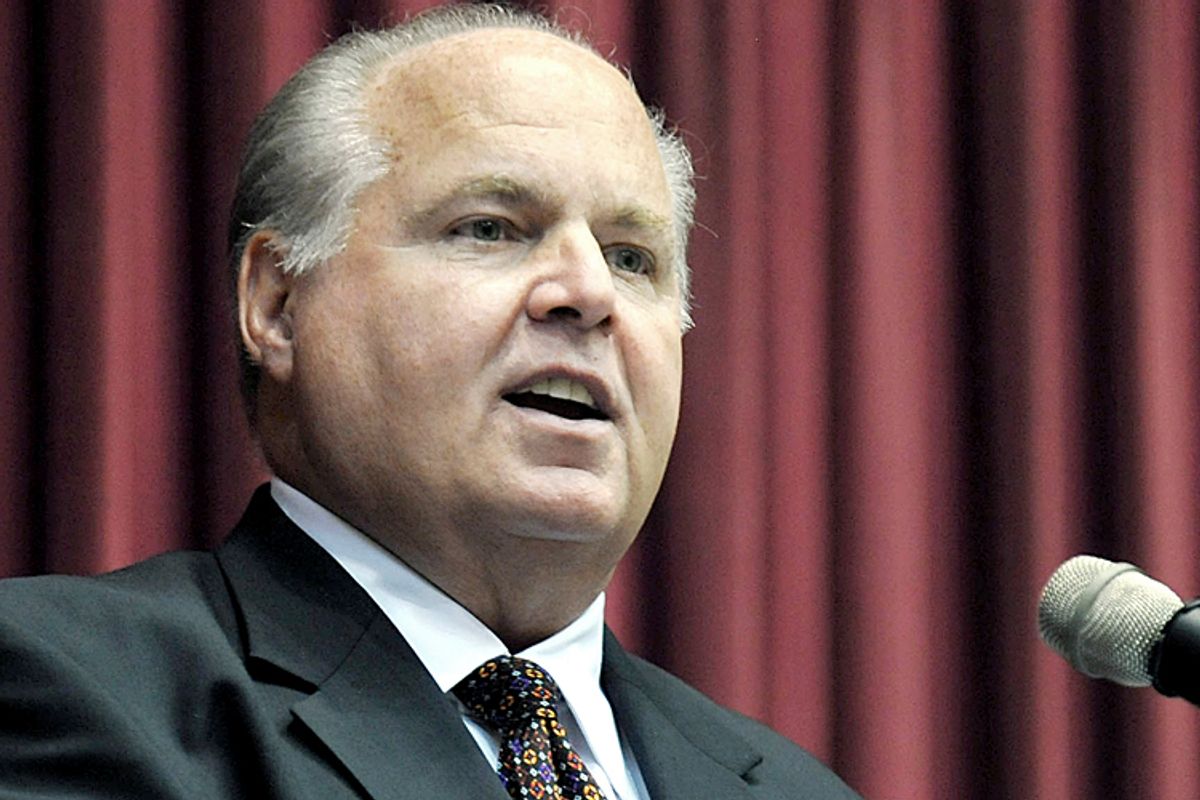 Rush Limbaugh is not a fan of the new report released this morning by the Republican National Committee about what the party needs to do to rebrand itself, saying the RNC completely misunderstood the lessons of the 2012 election.

"The Republicans are just getting totally bamboozled right now. And they are entirely lacking in confidence. Which is what happens to every political party after an election in which they think they got shellacked," the influential conservative radio host told his listeners this morning. "They think they got landslided, but they didn't."

The report is a surprisingly earnest and clear-eyed look at the GOP's current problems and lays out some smart fixes. These kinds of self-induced political postmortem studies are often watered down and overly apologetic, but the report's authors should be credited for pulling no punches in their calls to moderate, modernize and expand the Republican Party.

But Limbaugh wants none of this. “The Republican Party lost because it’s not conservative, it didn’t get its base out," he said. "People say they need to moderate their tone -- they don’t."

The real purpose of the report, Limbaugh said, was to soothe a concerned "donor base."

Still, he said he had to be "careful" what he said about the report and that it wasn't today's most important story anyway, so he quickly moved on.