Report: Local news somehow even worse than it was before 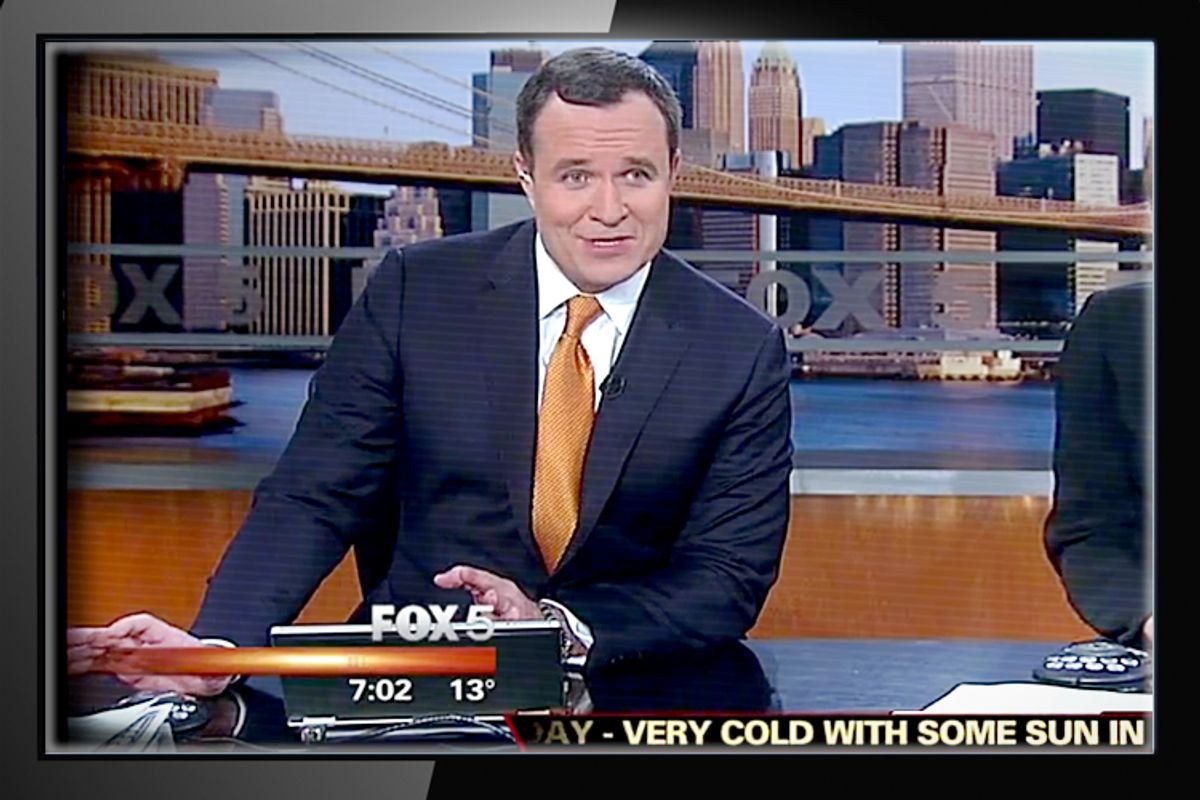 The Pew Research Center's Project for Excellence in Journalism State of the News Media 2013 report is out, thrilling media reporters and people who read media reporting everywhere. The first, big, dumb takeaway -- courtesy Politico, natch -- is that MSNBC has the most "opinion" of all the cable news channels, and the least "news."

Opinion filled 85 percent of the content on MSNBC, according to the Pew Research Center’s 2013 State of the News Media report. On Fox News, commentary made up 55 percent of its coverage, while CNN was the only of the big three cable news channels to produce more straight reporting than opinion. Even so, story packages and daytime live event coverage on CNN was cut down by about half between 2007 and 2012, the report found.

That's a bit of a misuse of the word "opinion," which does not, in this case, refer to liberal punditry, but rather to all interviews and other segments that involve people talking instead of live reports or reported "packages." That kind of programming is common because it's cheap, and MSNBC and Fox do not actually pay many people to do "reporting" -- they are cable "talking about the news" channels, basically. But don't assume reported pieces are intrinsically superior to commentary. Some of that "opinion" programming is informative and useful in a way that live shots of, say, poop boats are decidedly not. And some of that programming is "Morning Joe," the talking head equivalent of a poop boat.

But more important, cable news' audience is minuscule, in the grand scheme of things. The real action is in local news. Local news is terrible. And, shockingly, it's getting worse, as Paul Waldman writes at the American Prospect. Local news used to be mostly crime, traffic, sports and weather. Now it's almost only those things. From the report:

Thus, when sports, traffic and weather are combined, the airtime time devoted to these subjects rose from 32% of local TV newscast studied to 40% of local TV newscasts studied—a 25% increase. Indeed, Pew Research’s examination of 48 evening and morning newscasts in late 2012 and early 2013 found that 20 of them (or 42%) led with a weather report or story.

Weather is useful information that people want to know about. A local news outlet definitely has a responsibility to offer accurate and helpful weather forecasts. But more weather is happening at the expense of information of vital importance to a functioning democracy:

The same basic trend was seen in coverage of politics and government. In 2005, those topics accounted for 7% of the airtime studied. By 2012/2013, that coverage had been more than halved—to 3% of the airtime. For some time, television consultants have been advising local television stations that viewers aren’t interested in politics and government, and it appears that advice is being taken.

So local news, the primary news source for millions of Americans -- almost half of Americans say they watch local news "regularly" -- is not actually really news, anymore, so much as weather and then a skateboarding dog video. No one gets newspapers anymore, either. So it's hard to figure out how people are learning anything at all about what is going on with their local governments.

As I've written, people who used to get newspapers for the weather (or the crossword or the comics or TV listings) received with their weather, every day, a big stack of reported stories on a wide variety of local, and often national and international issues. While it is still easy to keep up with national issues -- the New York Times has a good website that gets a lot of traffic -- no one's reading any reporting from the statehouse anymore.

If local news is unwilling to cover local politics, local politicians will operate essentially unchecked by anyone besides the most dedicated local news consumers, who are highly likely to be ideological activists of one sort or another. One of the things that allows organizations like ALEC to operate for years essentially without major scrutiny, passing pre-written bills in state legislatures across the nation, is that no one hears much about what state legislatures are doing, until something particularly egregious is passed into law.

Not that I necessarily want our local news outlets to cover politics more, because local news is awful, like I said, and they would cover it stupidly and poorly if they began to pay attention, but it would be nice if someone could somehow trick people across the country into learning what's going on at the statehouse, again.