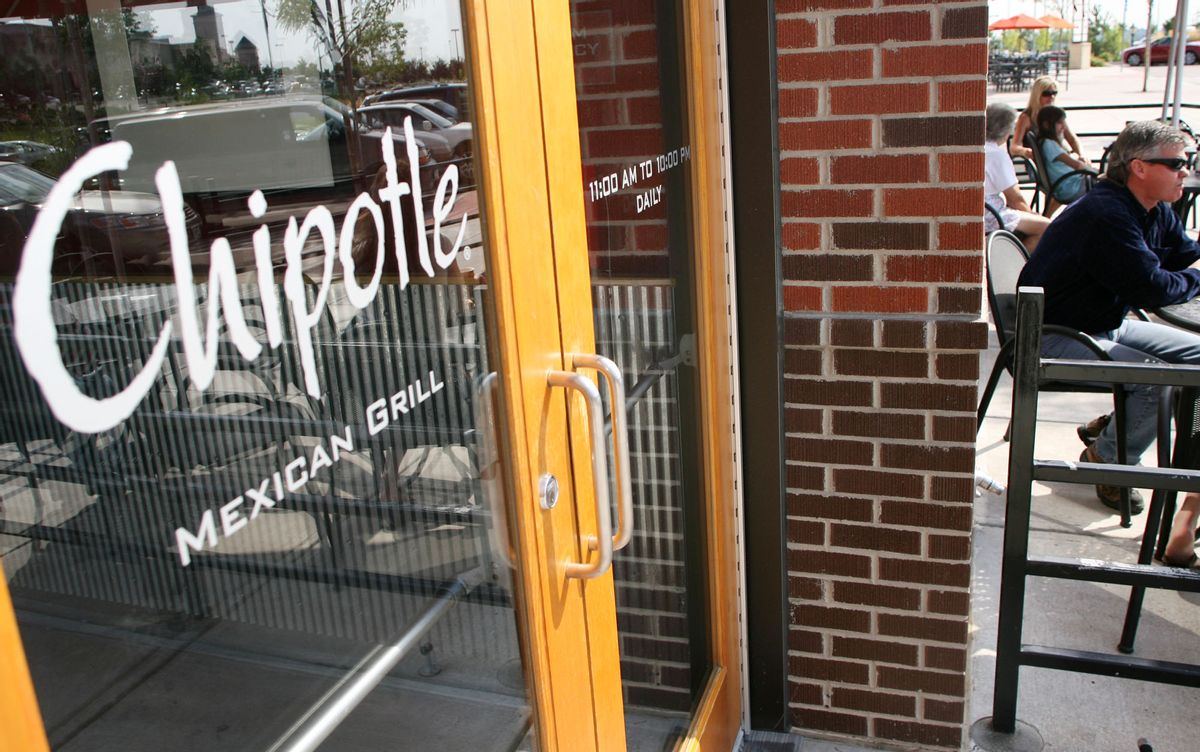 SALT LAKE CITY (AP) -- Chipotle Mexican Grill has pulled its sponsorship of Utah's "Scout-O-Rama" because of the Boy Scouts of America's long-standing ban on gays.

The popular Colorado-based restaurant chain initially signed on to provide about $4,200 worth of coupons to the Utah Boy Scouts' annual event, scheduled for May 4 in a Salt Lake City suburb. The Boy Scouts' Great Salt Lake Council is one of the largest in the country, with the majority of troops sponsored by Mormon churches.

Chipotle's anti-discrimination policy states that the company shouldn't support organizations that exclude based on sexual orientation. When company leaders found out about the promise to offer coupons, they nixed the idea, Chipotle spokesman Chris Arnold said.

"It was never our intention for this to be this some kind of an endorsement of broader Boy Scout policies," said Arnold, adding that the company sponsors community events across the country to make connections with residents.

"Ultimately, we decided that the right thing to do was to remain consistent with our policy and terminate the sponsorship," Arnold said.

The rescission of the offer was first reported by Think Progress.org.

The Chipotle decision comes as the Boy Scouts of America's national executive board ponders a proposal to move away from its no-gays membership policy or a local option that would give the decision to the individual troops.

In late January, Boy Scouts of America leaders announced the proposal. But the organization's national executive board decided a week later that it needed to more time to make the crucial decision, pushing the vote back until May.

Nationally, some companies have had trouble squaring their own in-house anti-discrimination policies with the Scouts' gay ban. Several of those, including Intel and 3M, withdrew their financial support for the national Scouts, but continued to direct funds to troops -- like one in St. Paul, Minn. -- that have publicly opposed the ban and refused to eject gay Scouts or parents.

Earlier this month, the Scouts distributed a questionnaire to 1.1 million adult Scouts that used fictional situations to discern where Scouting's membership falls on questions of homosexuality, gays camping with children and gays in church leadership. It allowed adult Scouts to indicate a range of feelings, from strong support to strong opposition to the ban on gays. The Scouts haven't said whether they will distribute the results of that survey. Some individual councils also sent out their own questionnaires.

Chipotle, which has four restaurants in the Salt Lake City area, has sponsored past Utah Scout-O-Ramas and will be watching to see how the vote goes in May, Arnold said.

Leaders in the Boy Scouts' Great Salt Lake Council and Mormon church officials applauded the February decision by the Scouts to take more time to make the decision.

The Utah Scout's council is one of the largest in the country, with 5,500 troops and 73,400 youth members. Boy Scouts is an integral part of Mormon culture in Utah. The Church of Jesus Christ of Latter-day Saints sponsors 99 percent of the Scout troops in the Salt Lake City area.

Nationally, the Mormon church has more Boy Scouts than any other denomination, with 37,000 troops and 420,000 youth members, according to figures from the Boy Scouts of America.

Rick Barnes, executive of the Boy Scouts' Great Salt Lake Council in the Salt Lake City area, said he understands Chipotle's decision. Sponsorship for the May 4 Scout-O-Rama remains strong even without the restaurant's coupons. They have $65,000 in sponsorship now, a figure that includes cash donations and coupons. That's about average for the event, Barnes said.

"If that's what they need to, we respect that," Barnes said. "The show will go on."

The annual event plays host to 15,000-20,000 scouts and their family members, Barnes said. There is a pinewood derby and a host of other activities including an indoor zip line, BB gun range and an ice tower.

The Mormon church continues to teach its members that marriage is only between a man and a woman and that same-sex relationships are sinful. But, in December, the LDS church launched a website encouraging members to be more compassionate in discussions about homosexuality. The website instructs Mormons to be loving and respectful toward gays and lesbians, while appealing to gay and lesbian Mormons to stay in the church.

Barnes said the upcoming vote is a hot topic among scout leaders and families in Utah. The Scouts' future in Utah hinges on it, he said.

"It all depends on how it turns out," Barnes said.