Panel of anti-gay religious leaders advised on "The Bible" 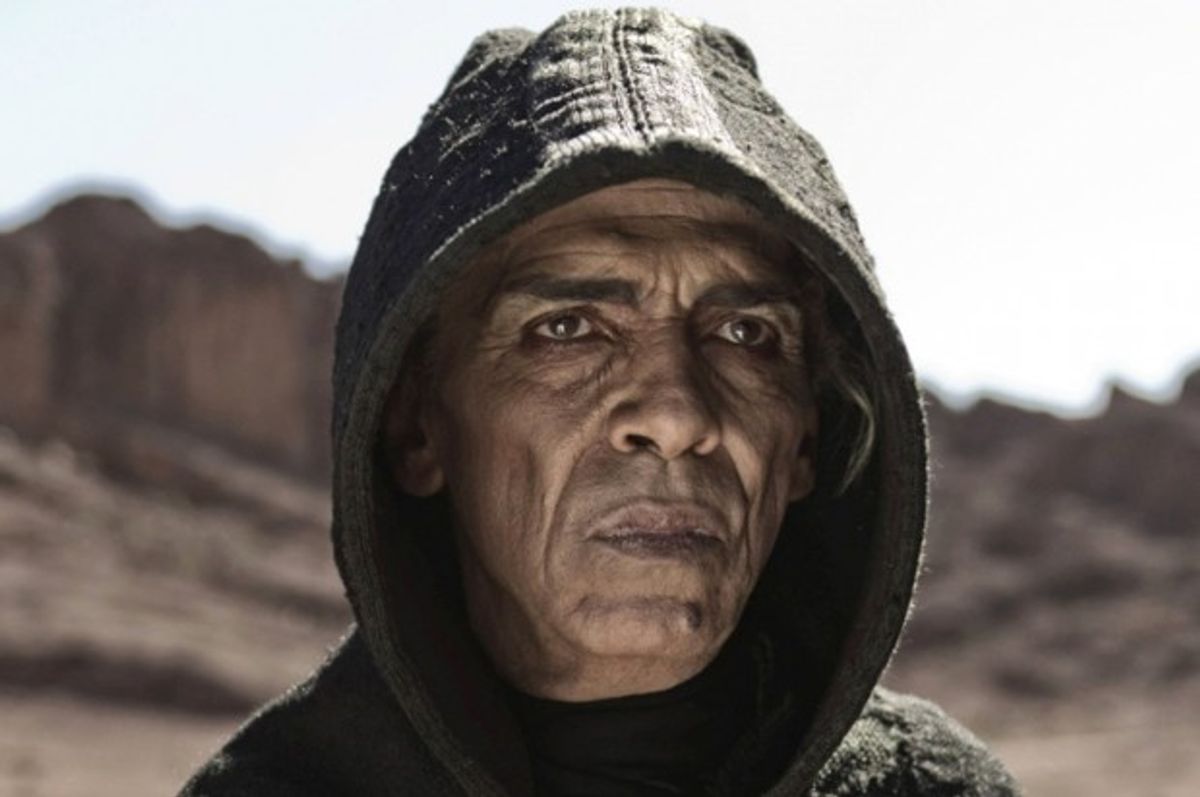 While the Obama-as-Satan story grabbed headlines on Monday, another aspect of the History Channel's "The Bible" mini-series flew under the radar: The panel of anti-gay evangelicals who advised on the project (emphasis mine):

Burnett and Downey approached History and struck a deal, which included a sizable CGI budget to bring state-of-the-art realism to the Great Flood, the parting of the Red Sea, God's destruction of Sodom and Gomorrah and other Bible ­stories. The duo then formed an ­advisory board with some of America's top spiritual leaders.

"We weren't qualified to teach the Bible, but we knew plenty of people who were," says Burnett, whose interfaith panel included pastors Joel Osteen, Rick Warren and T.D. Jakes, Bishop Michael Sheridan, Focus on the Family president Jim Daly and Rev. Samuel Rodriguez.

These advisers were also supposed to appear on screen, since the original plan was to make The Bible a docudrama — reenactments peppered with lots of talking heads. But things went so well during the nearly six-month shoot in Morocco that the miniseries took a different course.

A reader of Towle Road remarked on the absence of progressive religious voices in the mini-series:

Mark Burnett has made quite a bit of cash on the backs of gay contestants on his various shows, so I'm curious why any progressive or GLBT voices are suddenly lacking when he's looking for perspective this time around? It's 2013, and I thought the media was improving at least a little bit in thinking that the only religion that exists anywhere is right-wing religion, but apparently not in this case.

A quick recap on those religious "experts":

"Here's what we know about life," Warren told Piers Morgan after the CNN host asked him if he believed that being gay is natural. "I have all kinds of natural feelings in my life and it doesn't necessarily mean that I should act on every feeling. Sometimes I get angry and I feel like punching a guy in the nose. It doesn't mean I act on it. Sometimes I feel attracted to women who are not my wife. I don't act on it."

"Just because I have a feeling doesn't make it right. Not everything natural is good for me."

Jakes has called being gay a "brokenness" and said that he would never knowingly hire an "active" gay person. But, like many other high-profile pastors, he insists that his belief that homosexuality is a sin and his willingness to deny gay couples equal rights doesn't mean he "hates anyone." In an interview with Oprah, Jakes said:

The perception in our society today is that if you don't say you're for same-sex marriage or if you say that homosexuality is a sin that you're homophobic and you're not for gay people. That's not true... It doesn't mean I have to agree with you to love you.

Wrote in a 2007 letter to his Colorado Springs congregation that gay marriage was "intrinsically evil" and would bar Catholics who supported politicians in favor of equal marriage (and abortion, stem-cell research and a physician-assisted "right to death") from receiving Communion rites until they recanted their position and repented in church confessionals.

Called being gay a "human shortcoming" that can be overcome. Thinks gay marriage is a "threat to civilization":

Rodriguez, who serves on the White House Task Force on Fatherhood, expressed “deep disappointment” in Obama’s recent reversal on marriage equality. In a 2012 interview, Rodriguez called the pursuit of equal rights a "threat to religious freedom":

This egregious attempt to redefine an institution that God formed is not only a violation of everything that we understand to be appropriate but it is an incredible incursion into religious liberty and religious expression. So I believe that we need a multi-ethnic kingdom-culture firewall to push back. White evangelicals alone will not be able to defend marriage in America.