The new pontiff vowed to care for the "poorest and weakest," setting tone for his papacy 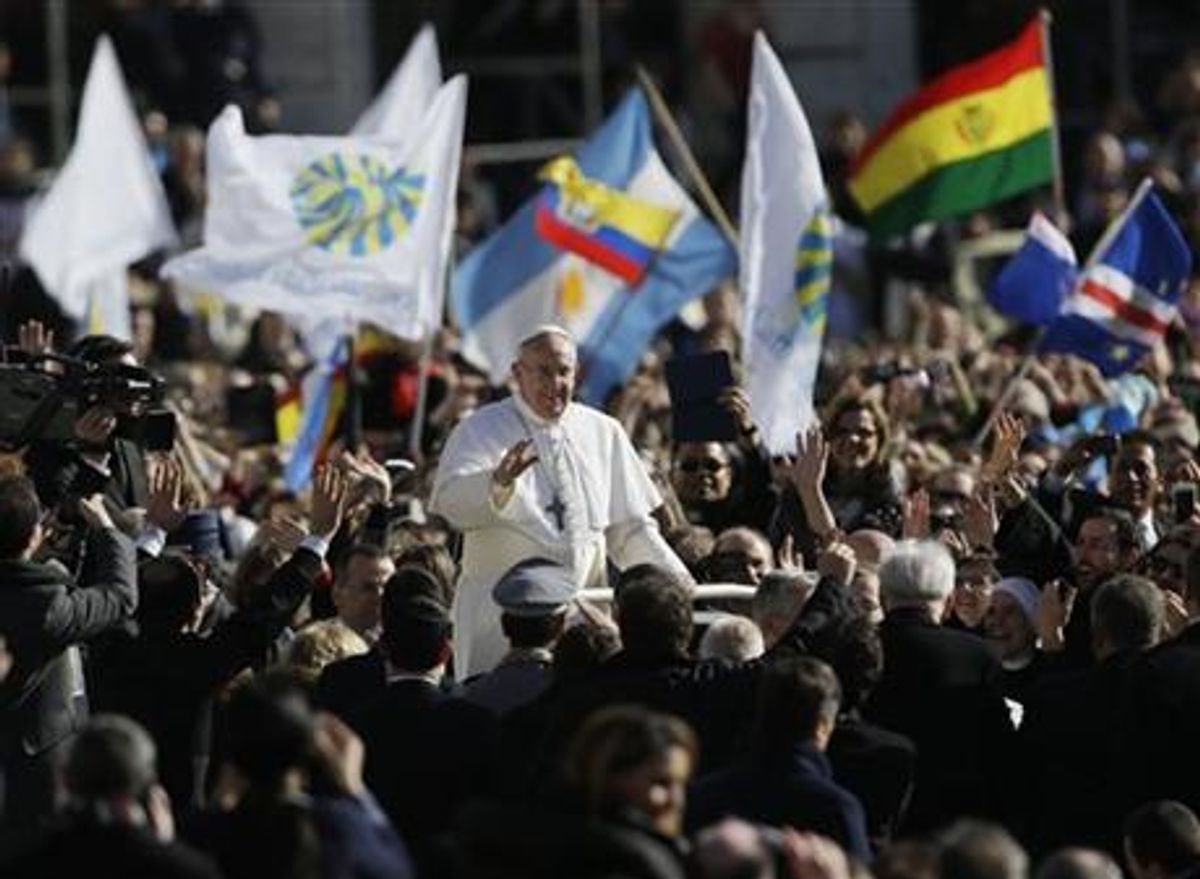 Pope Francis vowed to serve “the poorest, the weakest, the least important” in his inauguration address at the Vatican on Tuesday, setting the tone for a papacy that many Catholics already view as defined by humility and public service.

The new pontiff called on "all those who have positions of responsibility in economic, political and social life" to “not allow omens of destruction and death to accompany the advance of this world” and for ordinary people to become the protectors of humanity:

It means protecting all creation, the beauty of the created world, as the Book of Genesis tells us and as Saint Francis of Assisi showed us. It means respecting each of God's creatures and respecting the environment in which we live. It means protecting people, showing loving concern for each and every person, especially children, the elderly, those in need, who are often the last we think about. It means caring for one another in our families: husbands and wives first protect one another, and then, as parents, they care for their children, and children themselves, in time, protect their parents. It means building sincere friendships in which we protect one another in trust, respect, and goodness. In the end, everything has been entrusted to our protection, and all of us are responsible for it.

On his role as the spiritual head of the world's 1.2 billion Catholics, the pope said that, like Saint Joseph before him, he would serve "discreetly, humbly and silently, but with an unfailing presence and utter fidelity, even when he finds it hard to understand."

Francis' installment homily is a radical shift in tone from his predecessor, but the new pontiff shares many of the same orthodoxies as the Pope Emeritus, notably around gay rights, women's rights and reproductive health. But the pope's message of mutual care and quiet stewardship is seen by many believers as a welcome change for a church marred by scandal and criminal coverups.

Closing his remarks, the pope alluded to what's at stake if the church fails in its mission to serve and protect with humility:

Whenever human beings fail to live up to this responsibility, whenever we fail to care for creation and for our brothers and sisters, the way is opened to destruction and hearts are hardened