The education of John Hickenlooper

After Aurora, the Colorado governor became an unlikely advocate for gun reform. What we can learn from that example 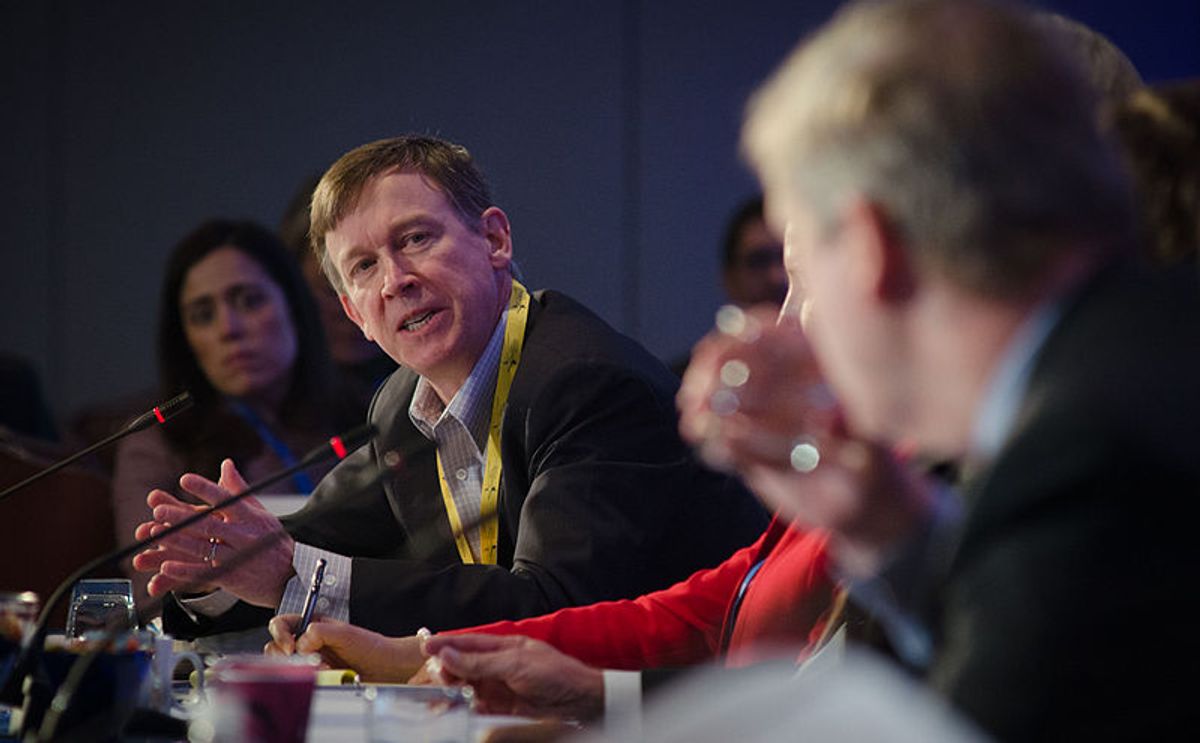 After 70 people were wounded and 12 killed during a shooting spree inside an Aurora movie theater, Colorado Gov. John Hickenlooper went on CNN to make one thing clear to his constituents: What happened on that July day was a tragedy, but tighter gun control laws would not have prevented it.

“This person -- if there were no assault weapons available, and no this or no that -- this guy’s going to find something, right?” he said. “If it was not one weapon, it would have been another.”

Mr. Hickenlooper is poised to sign some of the toughest new gun control laws in the nation, capping a journey that has transformed a popular, data-driven Western Democrat who takes his son shooting into an unlikely frontman for bringing new gun laws into the center of the United States.

After Aurora (after Oak Creek, after Newtown) Hickenlooper started "asking questions about guns and death," the Times notes. "Did ammunition limits make sense? Did background checks really keep guns away from potential killers?"

Following a months-long research expedition across his state and a bit of soul-searching, the governor who campaigned as an above-the-fray political pragmatist stands as a lesson for the rest of the country on gun control: a pro-gun Western Democrat who has come to support stronger background checks and bans on high-capacity magazines.

In his annual State of the State speech in January, he jump-started the debate with a call to expand Colorado’s background check system. After Columbine, Colorado voters closed a loophole to require checks not only at retail gun shops but also at gun shows.

Other measures stirred a deep ambivalence... When Democrats at the Capitol proposed limiting ammunition magazines to 15 rounds, Mr. Hickenlooper did not jump on board. He knew the Glock 17 was one of the most popular handguns in the country, and outlawing its 17-round clips would be deeply unpopular with some gun owners...

For weeks, aides said Mr. Hickenlooper was “examining” the proposal. He suggested he would support the bill, then hesitated. But he had seen a study saying that 30 percent to 40 percent of slain police officers had been killed with high-capacity magazines. At a conference in Washington, he talked to government staff members from Arizona who described how Jared L. Loughner, the gunman in the mass shooting in Tucson in 2011, had been subdued as he changed clips. Eventually, and with reservations, Mr. Hickenlooper decided to support the 15-round limit.

Hickenlooper will run for reelection next year, and state conservatives are prepared to use his reform record against him. But where some strategists see political peril for the governor, others see a beacon of hope. Not just for Colorado, but for a country deeply divided over gun control.

“It absolutely lays a path for the rest of the country,” Jill Hanauer, a Democratic strategist in Denver, told the Times. “If you can do it here, you can do it anyplace.”