Ghost towns of the Web

Bot-driven traffic to bogus Web publishers is a blight on the online advertising economy. Can our phones save us? 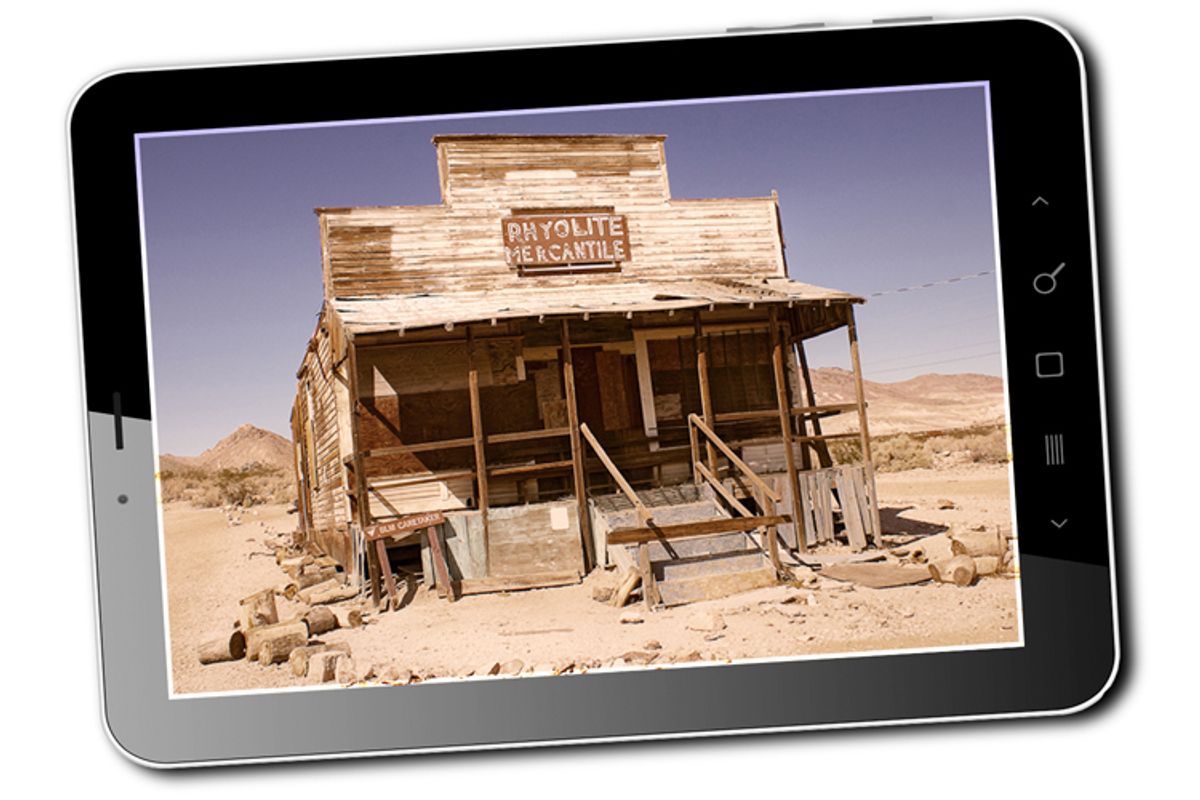 In this week's installment of slimy games that scamster Web publishers play, AdWeek's Mike Shields delivers a fascinating bit of reporting that fully delivers on its great headline: "Meet the Most Suspect Publishers on the Web: The rise of ghost sites, where traffic is huge but humans are few."

It's a lesson in state-of-the-art online flimflam, the generation of billions of advertising impressions and clicks through bot-generated traffic.

Increasingly, digital agencies and buy-side technology firms are seeing massive traffic and audience spikes from groups of Web publishers few people have ever heard of. These sites -- billed as legitimate media properties -- are built to look authentic on the surface, with generic, nonalarm-sounding content. But after digging deeper, it becomes evident that very little of these sites' audiences are real people. Yet big name advertisers are spending millions trying to reach engaged users on these properties.

The basic problem identified by Shields is as old as advertising on the Web. On the Internet, no one knows if you are a dog -- or a bot programmed to generate fake clicks. The only real difference from now and when the very first display ads started to pop up in the mid-'90s is the scale and sophistication of the bogus traffic. The principle is exactly the same: Grab a slice of online ad revenue by automating traffic-creation.

A lot of traffic. According to Shields, Alphabird, which owns and operates at least 80 different websites, generates 8 billion impressions a month. That would be the big leagues of Web traffic, if those impressions were real.

I checked out one of Alphabird's properties, a sports aggregation front-end called, confusingly, Forever Ever Sport. The lead story on Wednesday morning was a well-timed NCAA Bracket Advice: Best Tips.

Here's the complete contents of the story:

In need of NCAA bracket advice? Then check out this comprehensive list of tips for making the most out of March Madness this year. Tips include refraining from “falling in love” with upsets, and advancing all the number one and two seeds. It is also recommended that you “do your homework” when picking a mid-major team to advance.

After that paragraph there's a big NCCA tourney graphic and a very small link to another website that has an actual list of tips. Of course, anyone who has spent more than a few hours searching for content on the Web has run into lame aggregation/repurposing sites like Forever Ever Sport. The question is what could possibly explain massive traffic to such a site? There's only one answer. Automated programs -- bots -- disguised to look like real humans.

The rise of massively scaled ghost sites is a big headache for advertisers looking to get their brands in front of living, breathing people as well as legit Web publishers trying to grab a slice of advertising revenue for their own much, much smaller traffic streams. Massive flows of bogus traffic also depress the price that advertisers are willing to pay for any traffic at all. The most depressing part of the story? It's hard to conceive of a free-ranging Web in which any lasting fix to these scams is devised. No matter how good the Googles of the world get in identifying spam or thwarting bots, the spammers will always find another trick to keep one step ahead. There will always be a better bot.

Which means, in the long term, that the future economic basis of advertising and publishing might not be native to the wild Web. Who wins, in the long run, in a world plagued by ghost sites? One possibility: the publishers who don't depend on basically anonymous traffic to generate revenue. Here's where operators like Facebook -- which can tie real, persistent identities to every ad delivered to its users -- and mobile device app publishers -- who likewise can connect the delivery of ads on their apps to actual physical devices used by real people in real locations -- have a significant advantage.

When an ad is displayed to you by whatever app you happen to be using on your phone, chances are that that ad is correlated with plenty of information about you and your device that clearly distinguishes you from a bot. Traffic referred to publishers from social media sites like Facebook and Twitter is also real in a way that the waves of bot-generated clicks that prop up ghost-site publishers are not. My Facebook friends and the people I follow on Twitter don't send me to Forever Ever Sports.

This is not to say that scammers won't figure out new ways of operating in a future where most of the world is connecting to the Web via mobile devices that are uniquely identifiable. But it will be harder for them to operate in environments where persistent identities are more common. The same paradigm shift that makes surveillance easier and erodes our privacy may have a silver lining: a premium on reality.