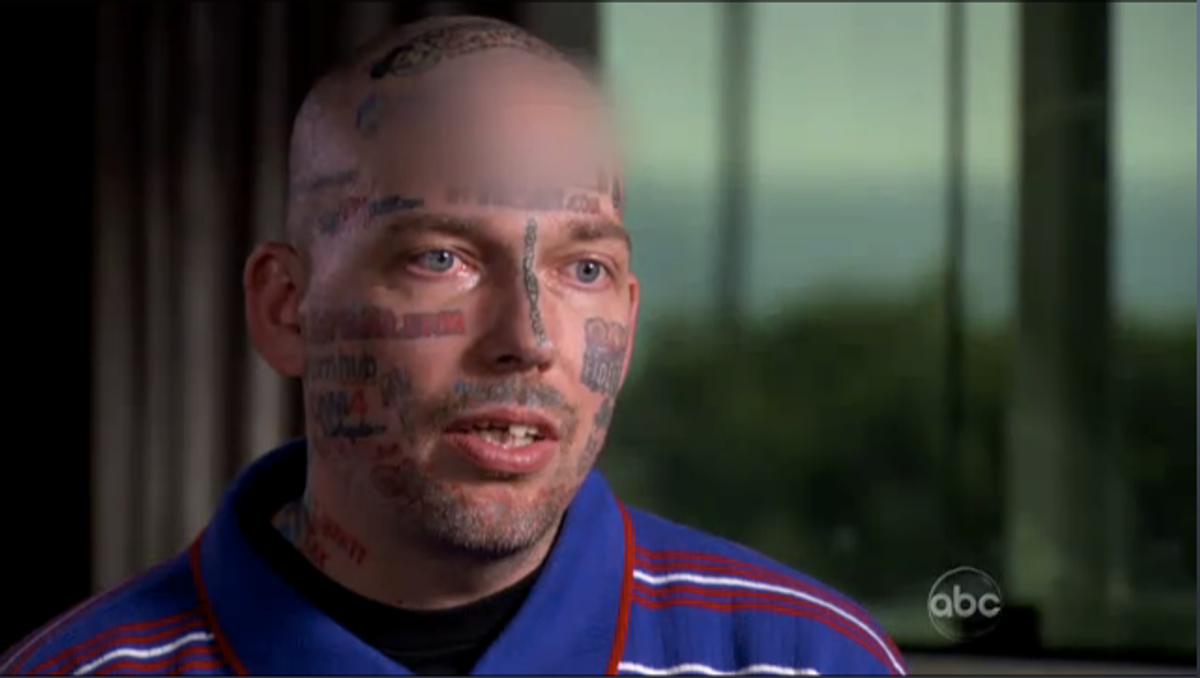 And now he really, really regrets it.

Gibby told the Anchorage Press that he was suffering from untreated bipolar disorder when he made the decision to get the facial tattoos, and that his decision to do so was motivated by his "biggest fear" at the time -- not being able to pay the rent and support his family of seven.

Now on medication for his bipolar, Gibby is hoping to remove the 20 tattoos covering his face. But in order to afford the expensive laser surgery, he needs a better job. But because of his facial tattoos, he is pretty unemployable, he told the Press.

So he is auctioning off more advertising space on his body to finance the procedure.

“I have space on my arms, hands, chest and the legs,” Gibby told the Huffintgon Post.

But sorry, Romney-Ryan face tattoo guy, Gibby has limits. "I won't take ads from companies that are racist and I won't do political ads either," he said.