The president hopes to restate his commitment to Israel's security 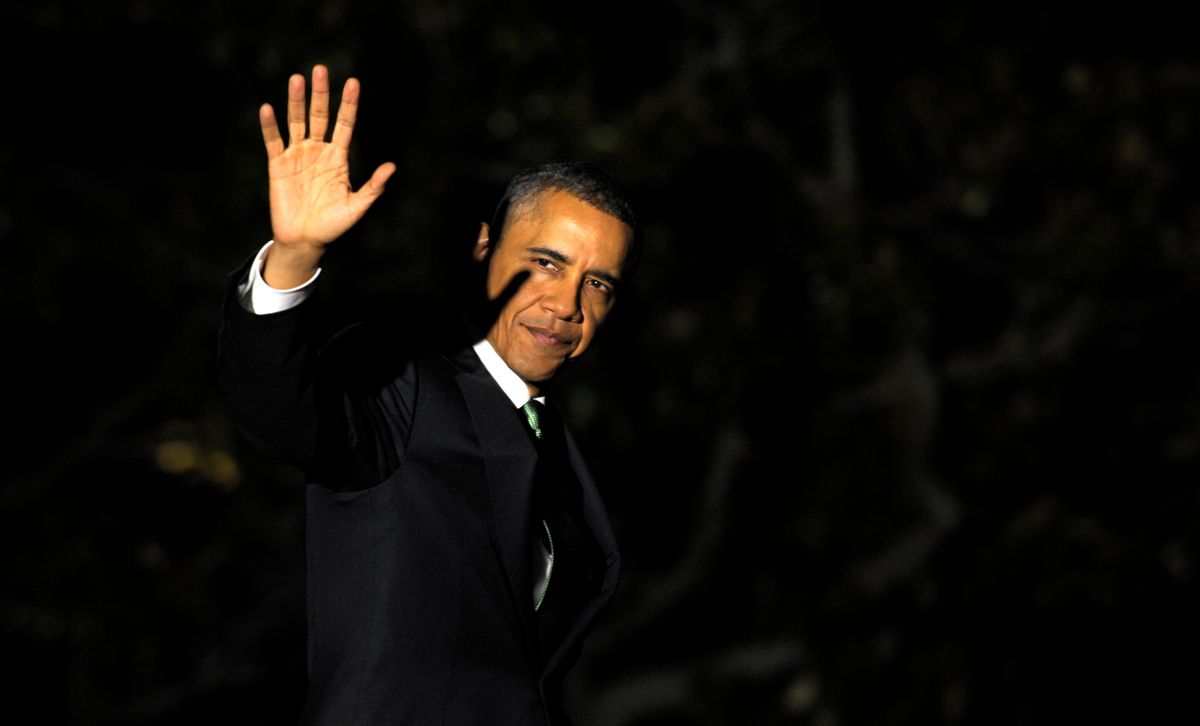 President Barack Obama waves as he walks to Marine One on the South Lawn of the White House in Washington, Tuesday, March 19, 2013. (AP/Susan Walsh)
--

TEL AVIV, Israel (AP) — President Barack Obama is declaring common cause with Israel, highlighting the bonds between the United States and its Mideast ally. He says he has made Israel the first stop of the first trip of his second term to restate his commitment to Israel's security.

Obama arrived Wednesday in Tel Aviv, joking to Prime Minister Binyamin Netanyahu that he was "getting away from Congress."

Israeli President Shimon Peres welcomed Obama, declaring that "A world without America's leadership, without her moral voice, would be a darker world. A world without your friendship, would invite aggression against Israel."

In a veiled reference to tensions and regime changes in the region, he added: "The winds of change bring both promise and peril."