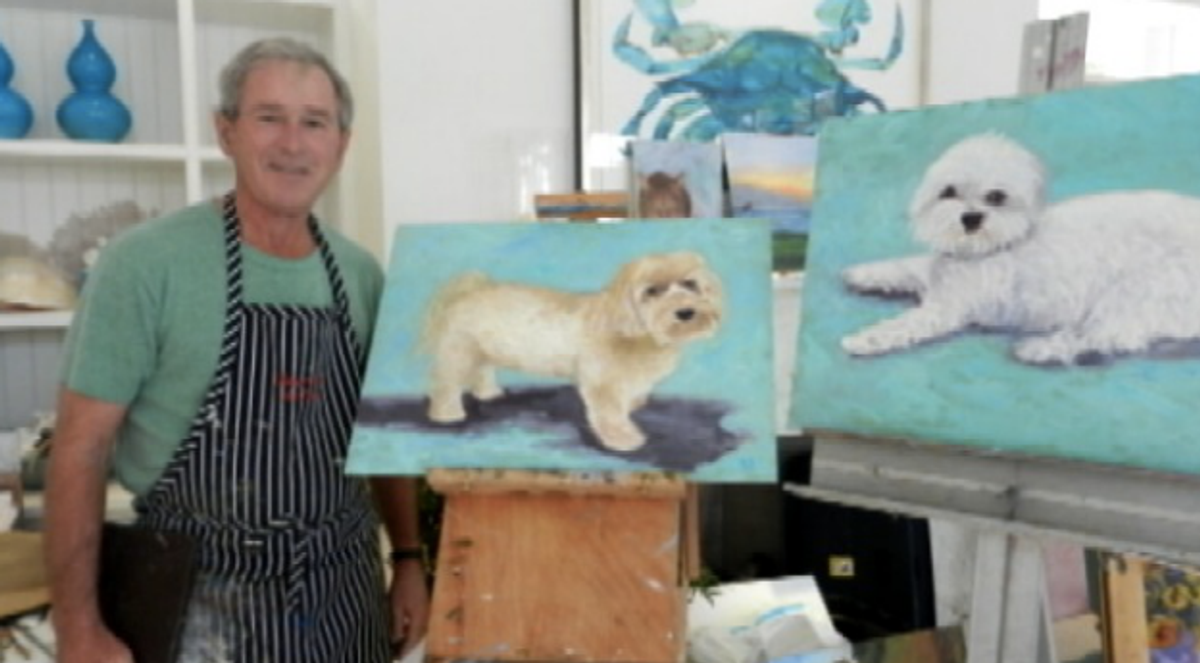 Guccifer, the notorious hacker who shared George W. Bush's magnificent nude portraits with the rest of the world, is at it again, having released six more paintings in Bush's seemingly expanding collection. Since images of the paintings first surfaced, the nation has learned that the former president is also an accomplished dog painter, having painted more than 50 dogs.

"The new work reveals a wider range of subject matter than previously seen: not just dogs, but also, cats, and shells, and crosses. Nothing as immediately arresting as the nude self-portraits—but the lumpy cats, arranged in landscapes and around plants, and the limbless dogs, trapped in vacuums of varying shades of dun, can be as affecting and revelatory upon meditation as the shower paintings are immediately."

One of the six paintings, below: Head over to Gawker for Bush's five other masterpieces.