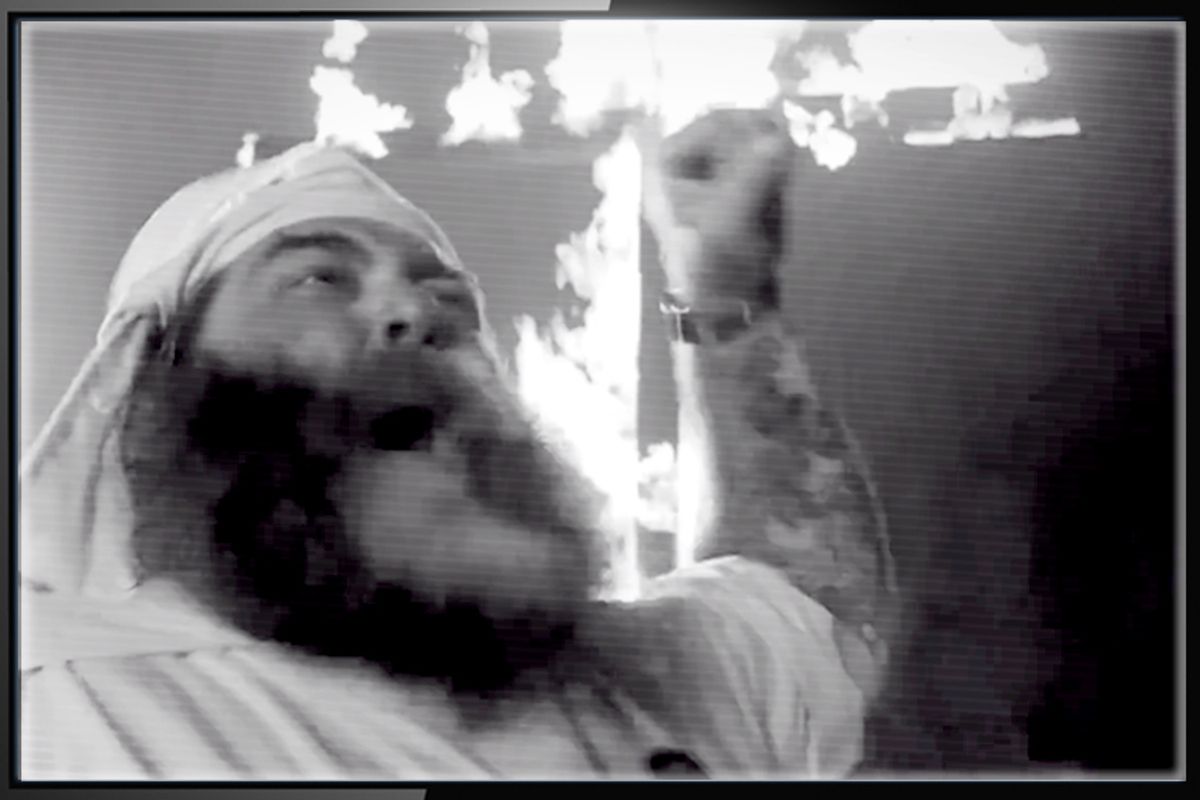 If you’ve been paying attention to the hardline elements in the pro-gun crowd lately, you probably already know that gun control leads to genocide, and rape -- but is it also racist? That’s what some on the right say, including a group of black conservatives who recently released an ad comparing background checks to Jim Crow-era laws restricting African Americans’ rights to firearms.

“A call for background checks evokes painful memories of Jim Crow and black codes,” somber text in the ad reads between black and white images of Klan rallies and a lynching. “Never again,” the controversial ad concludes, borrowing the term from Holocaust survivors.

The campaign, organized by Star Parker and her Center for Urban Renewal and Education (CURE) is clearly meant to be provocative, and Parker helped crank up the controversy this week when she told Sean Hannity that women who have had abortions may be prohibited from by buying guns because the procedure is linked (erroneously) with mental illness.

These kinds of provocative claims are nothing new for Parker and her segment of the black conservative movement that often seems to prize shocking people over convincing them. Parker has also compared abortion to slavery and genocide. “They are specifically targeting a human race in the society in the guise of choice. It’s Holocaust levels, it’s genocide levels,” she said on a Christian TV show.

That echoes a controversial campaign from a different black conservative group that tries to equate abortion with “black genocide,” saying it’s as bad or worse than the Holocaust.

In an interview with Salon, Daniel Landolfi, a spokesperson for CURE, defended tying gun laws to Jim Crow. The problem is not background checks (which something like 90 percent of American support), per se, but the slippery slope of what it leads to, he said.

Pointing to the mission creep of other government agencies like the TSA, he explained, “If we go by the assumption that once they get the background checks, they’re going to be satisfied, that’s being naive.”

But how is that discriminatory against African-Americans in particular, and not all gun owners? “The key is: Who is going to be disqualified from owning a gun?” he said.

Perhaps, Landolfi posited, the government will bar people from owning guns who live in high crime areas in an effort to lower crime rates. Or perhaps they’ll prohibit anyone who has had a misdemeanor conviction (currently, most states bar only violent felons from owning guns). Since African Americans disproportionately live in high crime areas and are more likely to have a criminal record, the laws would be a way of disarming them, Landolfi explained.

Despite the controversial nature of the ad, Landolfi said they’ve been “getting nothing but great support,” especially from black pastors. He noted that they haven’t had to delete any negative comments on the YouTube video because there are none.

Commenters at the white supremacist message board StormFront don’t quite know what to make of the effort, torn between their racism and opposition to gun control. “Another token conservative black,” one wrote. “I actually think that is pretty good,” another countered.

The idea that gun control has its roots in Jim Crow-era laws has long been a fringe theory on the right, but it’s never received much mainstream attention until recently. Dave Kopel, a prominent conservative legal researcher who testified before the Senate Judiciary Committee on gun control in January, wrote a paper in 2011 arguing that “in one important part of American life, Jim Crow continues to thrive—the legal foundation of restrictive and oppressive gun control that was built by Jim Crow.

But CURE’s ad has taken the meme to a new level. Fox News has given the campaign at least two segments worth of attention, and the ad got favorable coverage on many major conservative blogs when it came out earlier this month. Jim Hoft called it a “MUST SEE VIDEO,” The Blaze called it “hard-hitting."

Still, the historical basis is less than rock solid. While some Black Codes and Jim Crow-era laws prohibited African Americans from owning guns, it was not universal. Moreover, the meme has the same chicken and egg problem with the Hitler gun control myth: Gun restrictions were a symptom of the real problem -- the repression of the Jews of blacks, as the case may be -- not the other way around.

Gun control advocate Ladd Everitt has a lengthy debunking of the meme from 2010, and his boss at the Coalition to Stop Gun Violence, Executive Director Josh Horwitz, pointed out the legacy of Jim Crow could work in the opposite direction of what the gun rights advocates claim.

“Not only is the claim that gun rights could have stopped the Jim Crow system a falsehood, but it covers up the even more important insight that [this argument] is a continuation of a concerted effort, born and nurtured in the antebellum South, to limit the federal government’s effectiveness in protecting the democratic rights of the most vulnerable Americans,” he said.