For laborers who tear the world's ships apart, death comes in many forms 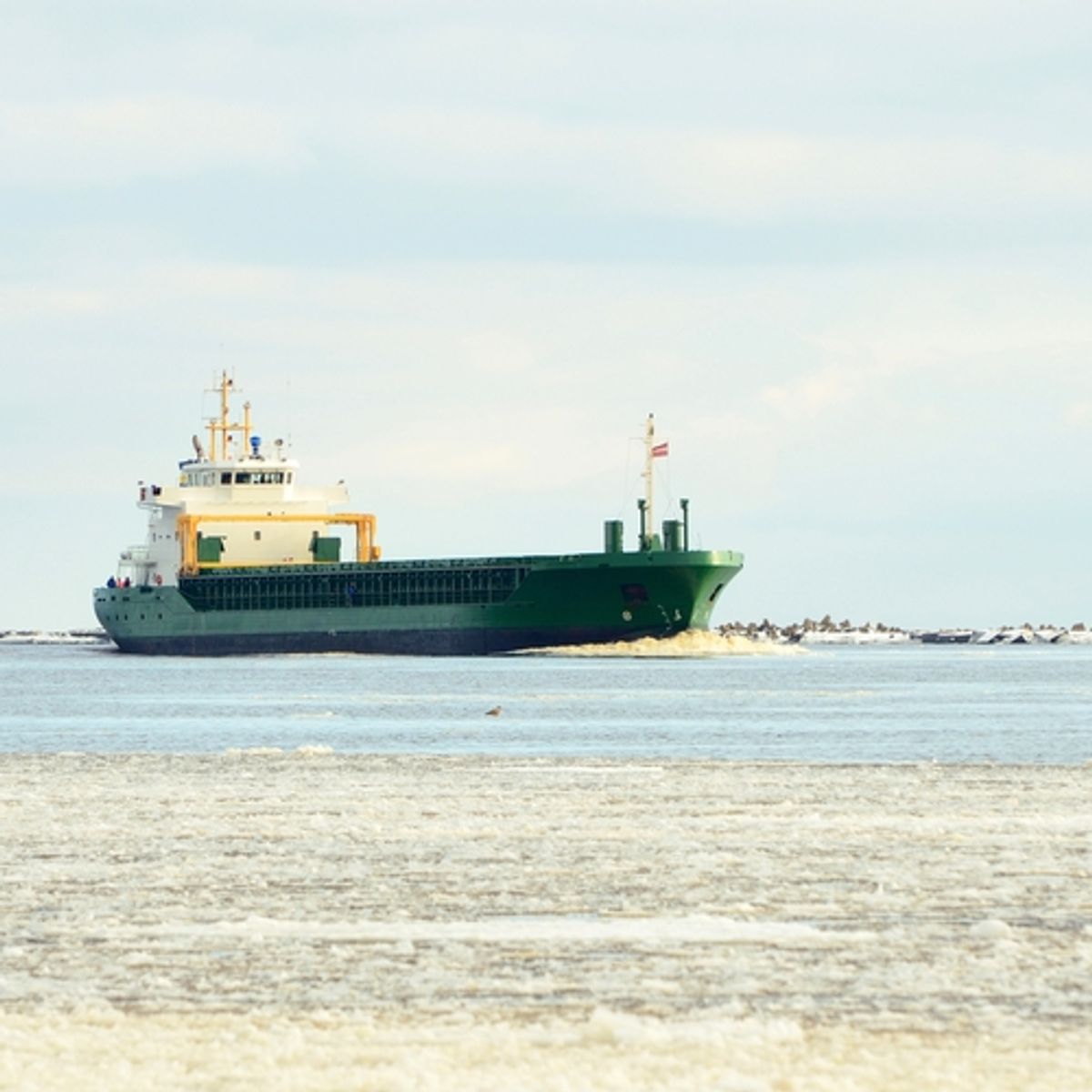 GADDANI, Pakistan — Gaddani is a three-dimensional maze of hazards, as chaotic as a major industrial site can get. Steel, in all its forms, assaults the senses. The shrieking of metal saws is punctuated by the ferocious, unnerving thump of massive slabs falling to the sand. And the whole place smells of a four-car pileup. Which is essentially what it is.

No, this massive beach here in Pakistan’s restive Baluchistan province is not your typical sandy shoreline.

It’s one of a handful of “shipbreaking” sites across South Asia.

Looming above the flat sand are beached ocean liners, cargo ships and oil tankers that once brought goods to markets in the US and elsewhere around the world. They once bore the flags of the world’s great shipping hubs: Greece, Norway and the UK, but when they arrive at this ignoble resting ground they fly flags of convenience — Panama, Liberia and Bahamas — to launder them from what is about to happen.

As workers attack ship flanks with blow torches and gas cutters, the smell of burning steel singes the nose. Mounds of sharp scrap wait to be hauled away, sold, and rerolled into rebar and girders for Asia’s building boom. Meanwhile, a tangle of giant chains, cables and natural gas lines crisscross the beach, all intended to move ship parts, or keep them from crashing to the ground atop teams of workers.

Having served their purpose of transporting manufactured goods from Asia or fossil fuels from the Middle East, the ships at Gaddani are now the world’s largest hunks of trash. They can’t be left adrift at sea, and no one will pay to keep them at port. So they end up here.

The ships do not succumb easily. They were built to endure violent ocean storms and haul cargo weighing thousands of tons. Moreover, hidden among their viscera are some of the most hazardous substances known to commerce: complex petrochemicals, asbestos, heavy metals and random poisons — in the residue of hazardous cargo, or in parts needed to make the ships operate.

The work of destroying this epic trash is left to the world’s most desperate laborers, who earn a handful of dollars a day, and benefit from only rudimentary safety precautions. It is a grueling and dangerous pursuit — by some assessments, the world’s deadliest job.

"Ship breaking is an incredibly dangerous industry, we believe it's one of the most hazardous occupations in the world," a Pakistan representative from the International Labor Organization (ILO), who declined to give his name because he wasn’t authorized to speak with the media, says in a phone interview. "Every year thousands of people die at ship breaking yards in Bangladesh, India and Pakistan."

At Gaddani, the exact death toll is hard to come by — for reasons that illustrate the precarious status of the migrant laborers who work here. One shipbreaker tells GlobalPost (in Urdu) that because laborers aren’t registered, victims simply disappear, cast aside as human refuse; as he says this, a union leader cuts him off, and an argument ensues in Pashto, the language of the migrants.

The ghost of Gaddani

At a rare quiet spot along the shore, the 46,000-ton Searose G rests, awaiting final government paperwork before it meets its demise. Forty-five days after that bureaucracy is completed, the massive cargo ship will no longer exist, torn to pieces by a crew of about 150 men.

In the ship’s shadow sits Shah Nasim, a veritable living ghost of Gaddani.

His solemn grey-blue eyes gaze out from a face entirely covered in sand and grime. He balances his crushed pelvis on a cheap, rust-soiled plastic chair, as he has now for about 15 years.

Shah Nasim moved here two decades ago from northwestern Pakistan’s Khyber Pakhtunkhwa province (formerly the North West Frontier Province). His goal: to save as much money as possible to send to his family.

Instead of working at a textile mill, Nasim heard that they needed young, strong workers at Gaddani. The pay was a bit better. Besides, Nasim was mesmerized by his first glimpse of the ocean, and fascinated by the giant oil tankers and cargo ships that disappeared on Gaddani’s shores.

He signed up with a local contractor, working for 30 cents a day. Though the temperatures reached 110 degrees Fahrenheit and it was by no means easy work, his job was simple and methodical. Unlike the intricate fabric cutting in garment factories, Nasim would watch as a worker took a blowtorch to steel. After a square piece of metal had been cut, Nasim and a half dozen others would pull it from the ship’s body and load it on a crane lift.

Five years later, Nasim’s job changed. His supervisor noticed that he had a knack for directing the crane lift. So he tasked Nasim with standing at the base of the ship, pointing and yelling to another man working the lift’s pulley.

After three months in his new job, a metal cable from the lift snapped, catapulting metal sheets toward Nasim. The load hit him with such force that he was thrown back 30 feet. When he regained consciousness, he was pinned beneath metal. The impact shattered his pelvis and broke almost all the bones in his legs.

Over a decade later, Shah Nasim says he endures constant pain. He moves with difficulty, and only with the help of a rickety wooden crutch. Even after three surgeries his bones haven’t healed properly. “My left leg is shorter than the right leg,” Nasim says. “This makes moving and walking a little difficult.” He sometimes wakes up in the middle of the night because his legs hurt so much. Sitting down and getting up are incredibly difficult. Sometimes his leg just refuses to bend, owing to a shattered patella.

Nasim passes his days on the beach, near the site of the accident that ruined his life. He says it would be “dishonorable” to return to his family when he cannot provide for them, he tells GlobalPost. Instead of burdening them with another mouth to feed, he believes it's better for him to stay far away. Besides, he still finds the ocean to be soothing, and he doesn't want to leave it behind.

He says he finds purpose here, listening to the workers and trying to advise them about labor grievances.

He says that his experience makes him the best candidate to work with the labor unions as well as criticize them for what they aren't able to accomplish.

“Many of the young men here think that they are invincible. That’s not really the case, and I try to warn them,” Nasim says. “The labor unions are helpful, but they’re not capable of giving us everything. The newer workers need to realize this.”

Worldwide, about 800 ocean vessels each year are run aground on tidal beaches to be salvaged for recyclable parts and machinery. Eighty percent are sent to South Asia; about 1 in 5 come to Pakistan. The World Bank, which estimates that shipbreaking creates 8,000 to 22,000 jobs here, expects the local industry to grow, now that the government has relaxed steel taxes that had tilted competition in favor India and Bangladesh. Moreover, a global ship-building glut prior to the 2008 financial crisis left too many ships at sea, rendering many economically useless.

That’s good news for Baluchistan, where shipbreaking is the largest industry. Taxes on the metals are vital to the area’s economy.

While everyone welcomes the work, activists argue that there hasn't been significant progress in labor conditions, and that if Gaddani wants to remain competitive with India and Bangladesh it's unlikely that the government will invest in making the necessary changes.

Given the appalling conditions here, some have even called for a moratorium on Asian shipbreaking. “Despite the possibility of proper disposal in Europe or other developed countries, the vast majority of European shipping companies continue to profit by having their ships broken cheaply and dangerously on the beaches of South Asia,” says Patrizia Heidegger, executive director of the NGO Shipbreaking Platform. “The EU must adopt mechanisms that will prevent European ship owners from exporting toxic ships for breaking in developing countries and instead recycle them according to the health, safety and environmental laws and standards of their own countries.”

Security at Gaddani is tight. Given the revenues, the government has a vested interest in protecting the industry. Tribal rivalries and an active insurgency add to the tense atmosphere. One side effect is that journalists, watchdog groups and other outsiders rarely manage to visit. (GlobalPost tried for weeks before