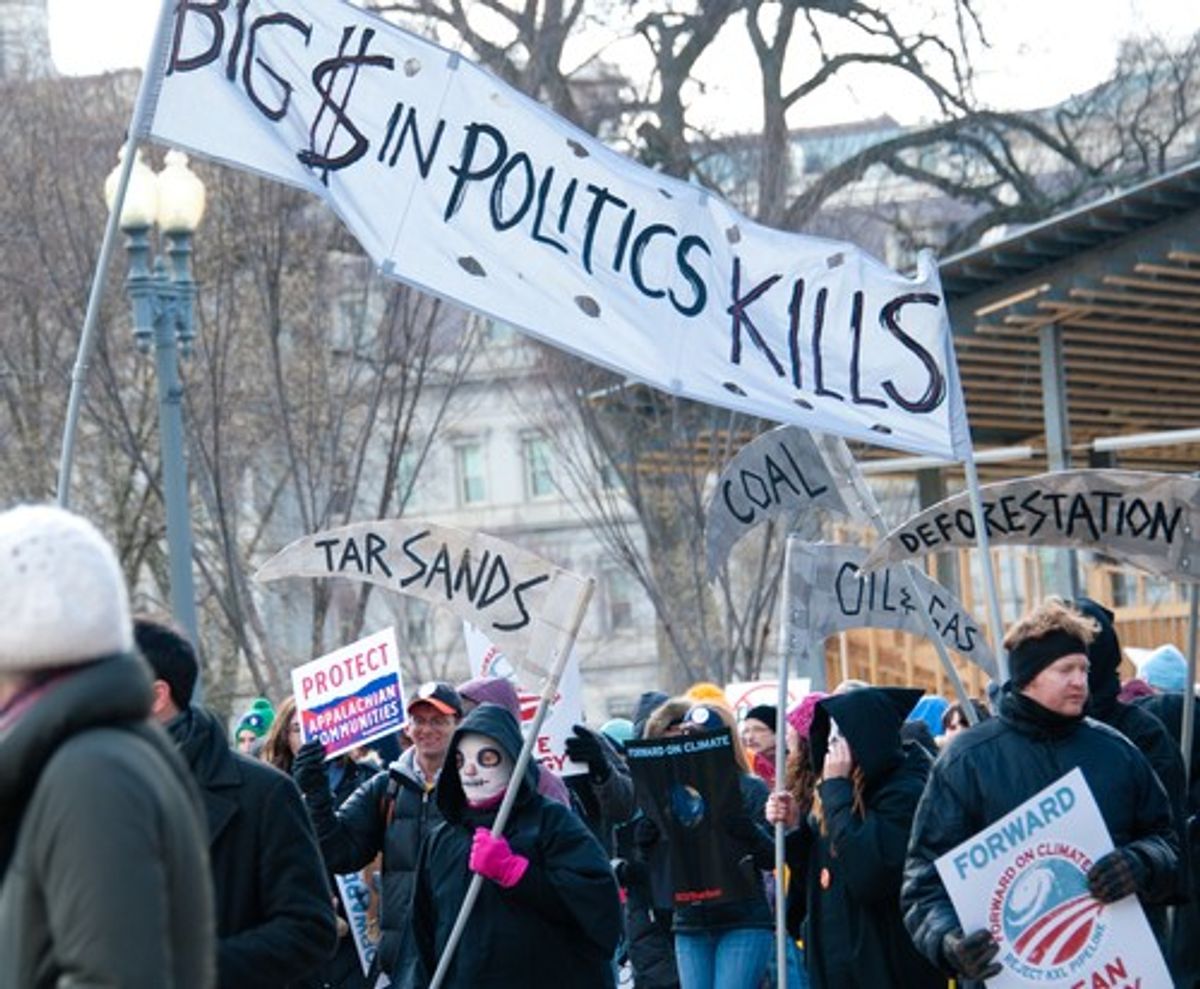 As Salon noted earlier this month, following the release of the State Department's Environmental Impact Statement, which greenlighted the controversial Keystone XL Pipeline, it emerged that the report's authors were outside contractors with oil industry ties. “Unmentioned by State: the study was contracted out to firms with tar sands extraction clientele," DeSmog Blog's Steve Horn wrote.

On Thursday Mother Jones reported that the State Department not only didn't mention these connections, but took pains to hide them:

The contractor that produced the bulk of the report was Environmental Resources Management (ERM), an international consulting firm. On the day the State Department published the Keystone impact report, the agency also released a cache of documents that ERM submitted in 2012 to win the contract to produce the Keystone environmental report. That cache included a 55-page filing in which ERM stated it had no conflicts of interests writing the Keystone report.

But there was something strange about ERM's conflict-of-interest filing: the bios for the ERM's experts were redacted.

... After a half-dozen inquiries, a State Department official emailed this statement: "Some information in the administrative documents that was required for State Department conflict of interest procedures has been redacted. This redaction protects the private information of ERM's previous clients." Asked who exactly made the redactions, the official said: "On background, I don't know."

The State Department appears to be responsible for the attempt to mask the ERM-TransCanada connection. When State first posted the redacted ERM filing, it was possible to digitally remove the redaction and read the ERM bios. But some days later, a new version of the filing was posted online in which the ERM bios had been scrubbed from beneath the redactions.